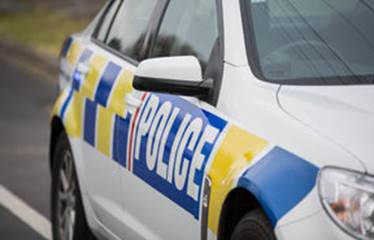 WHENEVER A POLICE CHASE ends in tragedy, a very special sort of New Zealander steps forward into the spotlight. The contribution offered by this kind of Kiwi never varies. What happened is all about “The Law”. The offenders, otherwise known as the dead and horribly injured, are solely to blame for the tragic outcome of their offending. They chose not to stop when ordered to do so by the Police – a crime. As law-breakers, they simply had to be apprehended and punished. Any other course of action is unthinkable. The Law is The Law.

When, as so often happens, high-speed Police chases ending in high-speed collisions leave not only the offenders, but also entirely innocent citizens, dead and injured, this very special sort of New Zealander does not blink.

They understand that even the slightest acknowledgement of the right of innocent road-users not to be put in danger unnecessarily can only end in some form of limitation being placed upon the obligation of the Police to pursue and apprehend law-breakers. That cannot be allowed to happen. Innocent road-users are, therefore, straightforward collateral damage: unavoidable casualties in the brutal but absolutely necessary war against disobedience and disorder.

In vain do those seeking to radically curtail high-speed Police chases point out to these very special New Zealanders that the offences for which drivers are pursued by the Police are more often than not quite trivial. Violations of the road code and petty thievery are crimes punishable by fines, or a short spell in prison – not death.

For these special Kiwis, the original justification for the Police pursuit is irrelevant: it is the offenders’ open defiance of authority that constitutes the real crime. Allow people – especially young people – to defy authority and the entire social structure is put at risk. Hounding these miscreant drivers to their deaths, and even to the deaths of innocent road-users, is a small price to pay for the maintenance of law and order.

The mindset of these special New Zealanders is very similar to the mindset of those conservative white Americans who refuse to condemn local law enforcement for killing unarmed black Americans. Even when there is clear video evidence of a police officer emptying his firearm into a defenceless African-American who is running away, white juries have refused to convict the accused. In the eyes of these conservative American whites, law enforcement’s “thin blue line” is all that stands between them and an America in which the rights of “Real Americans” are no longer respected.

The rigid character structure of this particular type of human-being has for long been the special study of psychologists and sociologists. Taken in its entirety, it is referred to as “The Authoritarian Personality” and is distinguishable by the presentation of some, or all, of the following behaviours:

Anti-Intraception: Opposition to subjectivity and imagination.

Power and Toughness: Concerned with submission and domination; assertion of strength.

Projectivity: Perception of the world as dangerous; tendency to project unconscious impulses.

At the core of the Authoritarian Personality lies a deep-seated and all-pervasive fear of complexity. The simpler the world can be made to appear, the more these authoritarians like it. Clear boundaries and strict rules are crucial to easing their manifold anxieties. The idea that the world might best be rendered in a multitude of shades and colours – as opposed to black and white – both incenses and terrifies them.

It’s why these very special New Zealanders are so willing to countenance the death of youngsters whose only real crime is being stupid – and even the death of people who have done nothing wrong at all – rather than offer the slightest challenge to the authority of the Police. When all that’s holding you up psychically is the rigid and unforgiving structures of patriarchal hierarchy and laissez-faire capitalism, letting go is not an option.