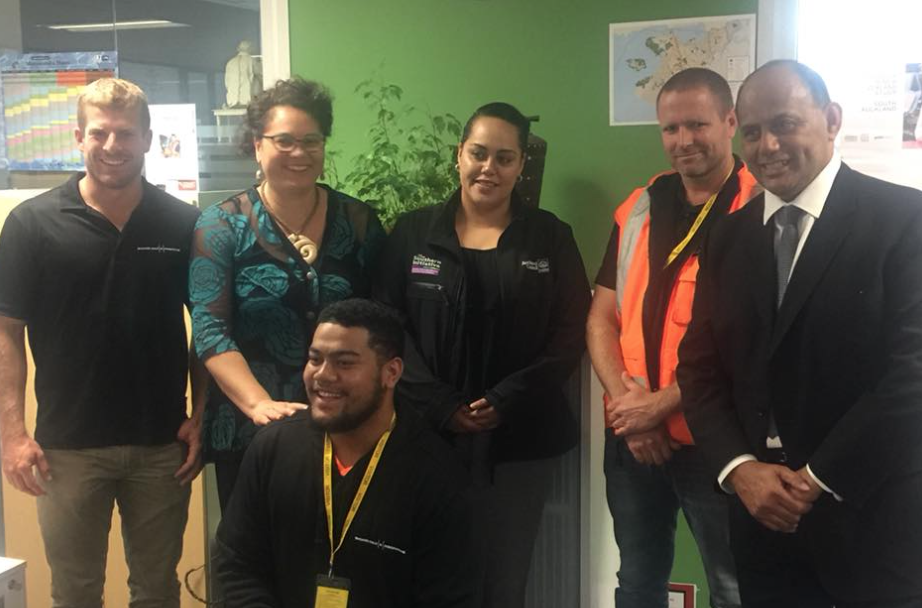 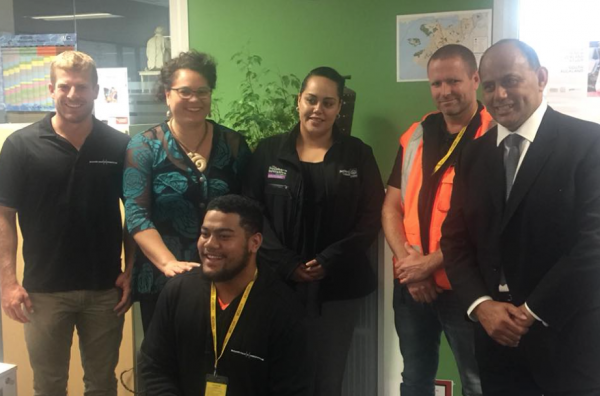 Minister of Employment Willie Jackson today visited the Auckland CBD Jobs and Skills Hub and the Southern Initiative in Auckland that have benefitted over 500 young workers and rangatahi in the city.

“There is outstanding work going on in the Hub in response to employment demands in the construction industry,” says Mr Jackson.

“Auckland’s inner city skyline is testimony to the intense infrastructure development that is taking place in the largest commercial centre in New Zealand,” says Mr Jackson.

“Since the Hub’s establishment nearly a year ago it facilitated training for 500 job seekers and over 150 people have been placed into employment with early indicators of success, with 47 percent under the age of 25; 37 percent of Māori descent; and 32 percent of Pacific Island descent.

“The Auckland city centre, including Wynyard Quarter and the downtown waterfront, is the commercial, cultural and educational heart of the city as New Zealand’s ‘shop front’ for international tourists, migrants and investors.

“The Jobs and Skills Hub’s purpose is to support commercial activity in the city by connecting employers and local job seekers, facilitating workforce skills development opportunities and supporting sustainable employment.

“The Jobs and Skills Hub is a testament to how good collaboration is vital to improving outcomes for young people. These two initiatives are a partnership between a number of central and local government agencies, construction sector stakeholders, the Auckland Tourism, Employment and Economic Development (ATEED), and community groups.

“In the Wynyard Quarter alone, one of the largest urban regeneration projects in New Zealand, around 2,500 construction workers are needed within the next two years,” says Mr Jackson.

“It’s been pleasing to hear that the Hub is focused on ensuring that we have those workers in place to support the city’s growth and development projects.

“It’s also encouraging to see a programme like The Southern Initiative making significant contributions to the community of South Auckland.

“The place-based initiative included in the Auckland Plan works with a range of groups including whānau, local social change agents, grassroots entrepreneurs, local businesses and government agencies to create a prosperous and resilient South Auckland where children and whānau thrive.

“It’s important that we do more to reduce a lot of the disparities we have in places like South Auckland, and I like the way The Southern Initiative is doing that through various partnerships and a diverse range of programmes.

“The Southern Initiative places a major focus on shared prosperity which can be created by lifting the incomes of South Auckland households through quality and sustainable employment and enterprise opportunities.

“I’m particularly interested by the whānau-centric approach that they’ve adopted to build whānau capability, leadership and knowledge. We all know that strong whānau are essential to creating strong communities, and with that, a strong workforce.

“South Auckland is rich in job and investment opportunities, but our people here still experience high levels of unemployment, underemployment and low wages. This is something that I’d like to see addressed as the Minister of Employment,” Mr Jackson says.