What will crash first? The economy or the environment?

Last week we had troubling economic opinions being expressed by some that the economic crash has started.

Spending $15 Trillion on printing money, $10 Trillion on buying bonds and the lowest interest rates for 5000 years all in 10 years is as much a solution to the Global Financial Crisis as taking up meth to kick cigarettes.

Sure, you don’t want to smoke ciggies anymore, but you are now a drug fried psychopath.

All we did was kick the problem down the road, and it looks increasingly like we are running out of road…

…I think the first story is the most significant. Once the AI robots who trade in the nano second see yield’s hit over 3.5% they will ignore human greed and fear and just start pulling money out of stocks and plough them into bonds.

We are reading a point where the super structure of the system can’t digest the vast sums of printed money flooding it.

While the economic crash percolates, and extraordinary and unprecedented heat wave in the Arctic re-wrote all the rules… 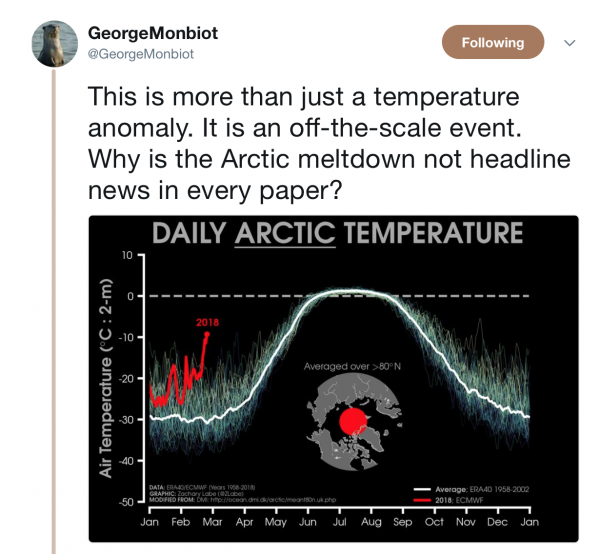 …how this wasn’t leading every news story on the planet is the question here.

Both the economy and the environment need each other to survive in a complex society, but if both are now failing and pulling the other down, new paradigms have to be imagined and imagined soon.