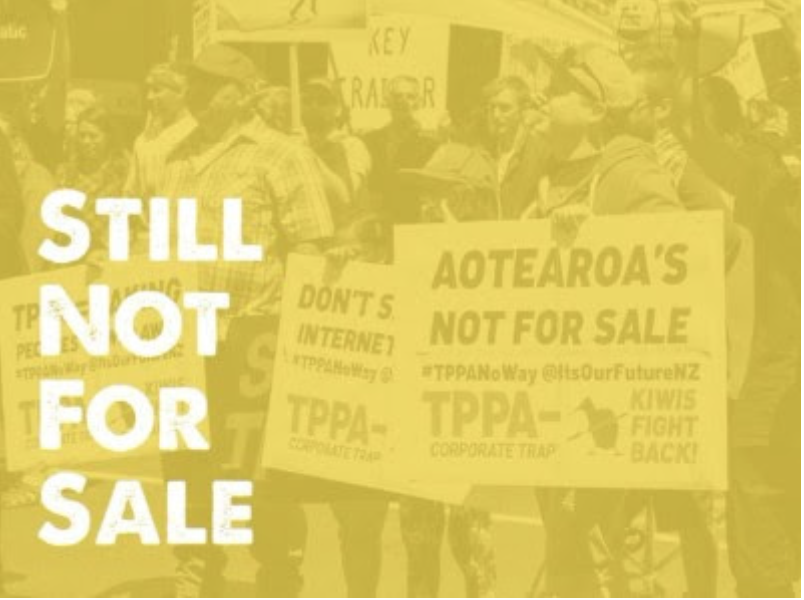 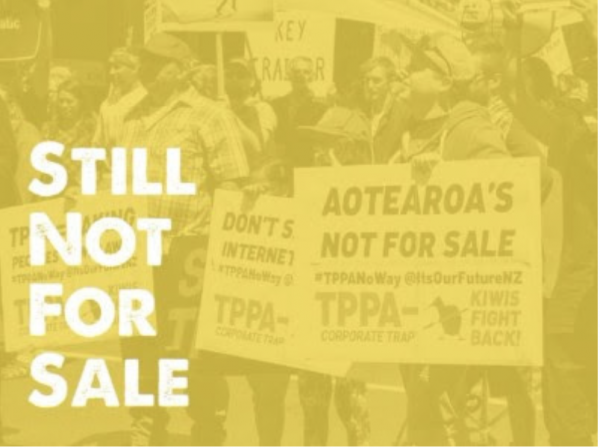 Despite the government saying that they would refuse to support ratification of the TPPA and demanding independent economic and health analyses, and promising a new inclusive approach to trade and investment agreements, the new ‘progressive’ TPPA-11 is the same as before, with a small number of provisions suspended for now.

And yet the Government says it intends to sign the TPPA-11 in Chile on 8 March 2018.

The agreed text is still secret and we can’t see it until it is signed.

The threats to our regulatory sovereignty remain the same as with the original TPPA.

So we are inviting you to sign our newly launched petition to Parliament.

In summary, the petition calls on the Government not to sign the new Agreement,
to suspend negotiations for all similar deals, not to embark on new negotiations until they have developed the inclusive and progressive approach that they promised towards deals, and engage fully with Maori on protecting Te Tiriti.

It also calls on the Parliament to pass new laws that exclude the rights of foreign investors to sue the government (ISDS), and to require independent impacts assessments on the
economy, health, human rights, the environment and climate action, and a review by the Waitangi Tribunal, prior to signing any future agreement.