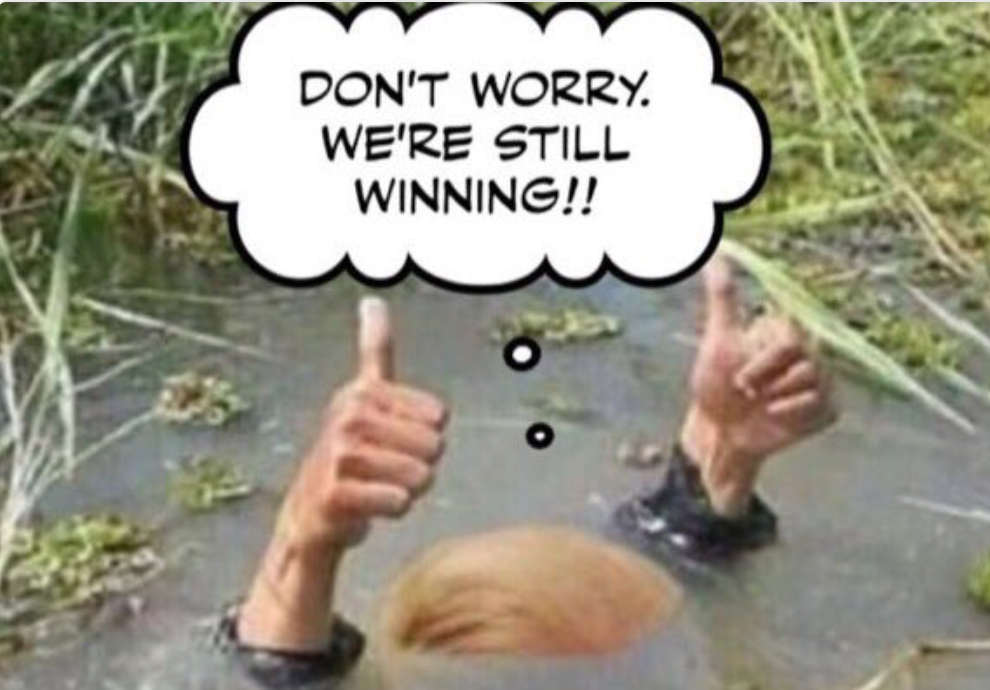 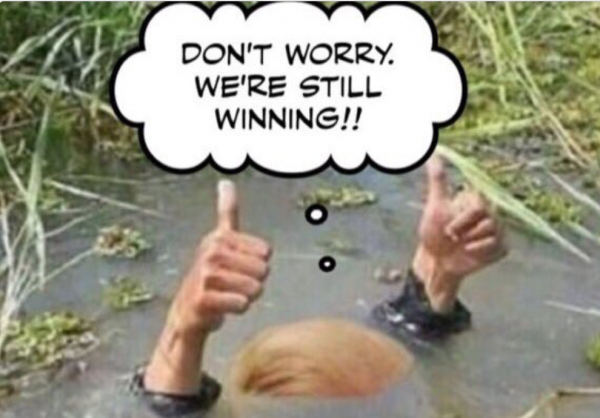 The past week has shown just how unhinged Donald Trump is.  Twittering away in the recesses of the night, from his little shack in Florida, this powerless man set out to speak truth to power about the Russian affair.  Except… isn’t he the power now? So, then, who is he speaking to and who for?

The tragedy of Donald Trump is that he wants to be all powerful and also all loving.  In an echo of some strains of Christianity, Trump vows to love those who love him back.  He supports those who do what he wants.  To everyone else, he is the kind of bully who tells the FBI that had they not wasted their time investigating corruption out of Russia, 17 children in Florida would not have died.

It can only end badly for Trump, because the only way he can achieve the obeisance he craves is to become like the leader he hates more than all others – Kim Yong-un.  The upcoming parade of American military might may ape the Supreme Leader’s proclivities, but it will not win the hearts and minds of the unloving majority.

Do you remember when those nine Republican presidential candidates lined up in 2016 in the primaries?  No-one thought Trump could win but neither was there the slightest show of passion or leadership from any of the others. Most of them resembled zombies on the stage.  Looking back, it was not surprising that Trump became the candidate against the wishes of most of the Republican in power.  It was, however, surprising when he won the election and that Russian influence might have tipped the balance.

So, fast forward to our own National Party primary race about to be played out over the next week or so.  There are five candidates, all of whom have been Ministers previously, all of whom are said to be reasonably competent, and most of them with the personality of a bar of soap.  Where is the passion, the leadership, the desire for change?  Who is going to turn that party, governed for years by bland and slightly kind men with no vision at all, into a body that means something?

There is a lot of talk about generational change but, as another commentator noted, such talk tends to rise when there is nothing else to compare.  Youth, by itself, will not win the day.

Let’s look at the field.  Stephen Joyce is easy. A competent bookkeeper, whose main goals are to reduce government spending and embrace new technologies, he is a good team member but surely not a leader. He was the tactician that allowed the National Party to snatch defeat from the jaws of victory at the last election, by forgetting that the MMP environment requires coalition partners. He will not win but may get a nice Ambassadorship out of this.

Amy Adams is a safe pair of hands but I have never heard her express a controversial view about anything.  What does she believe in?  My advice to her is to focus on a controversial issue – too many people in prison (and all the money that costs, not to mention broken hearts and families), or child poverty, or income inequality – bring it out into the public and swear to lead a more effective National Government in 2020 on these and other issues.  That should swing it for her.

Simon Bridges is a right-winger.  I don’t know much about him except his strange lift behaviour, desperately pushing the ‘close’ button to stop anyone (well, me) from getting in his lift with him.  He failed, and blushed sweetly when I looked at him and said “good try”.  His followers are nearly all younger white males in the caucus (they have so many of them, don’t they, all with names like Todd and Scott and Tim).

Mark Mitchell appears to be a lovely man with a good back-story.  Might he end up as deputy if Amy Adams wins the leadership?

Finally, Judith Collins. Her tactics are Trumpist – reach beyond the party to get the masses to pressure for change.  She is clever and articulate.  She thinks about things.  I must admit to a small soft spot for her.  She visited the children’s charity I chair a few years ago as Minister of Corrections and proved herself to be extremely well-informed on the issues, and engaged with us on potential solutions.  It was impressive. If National members got to vote, she would undoubtedly win, but they don’t and she won’t.

So, Amy Adams can win if she is bold.  Bridges may win because of the proliferation of males in his caucus and would push the party to the neo-liberal right. Same old, same old, in fact. I don’t think the others stand much of a chance.

I haven’t seen any sign of megalomania or madness in any of them to date, which is good news.  But perhaps someone should test whether the quieter ones among them still have a pulse.