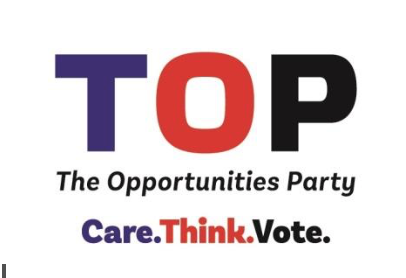 I always think twice before diving into the weird and wonderful world that is the comments thread on Stuff, but after a recent article that linked the increase in food parcel deliveries to growing inequality in NZ I felt compelled. My optimism that perhaps the notion of 300,000 kids living in poverty in NZ would stir an outpouring of support quickly turned to disappointment as it became clear a number of busy commenters had left their compassion somewhere far away from their keyboards.

Unfortunately, these comments should not have come as a surprise. Whenever TOP has brought up policies that involved any form of wealth distribution, there would always be a steady stream of those who believed that people in poverty were simply lazy. That they should just ‘work hard’, or almost laughably, ‘grow a veggie garden’ if they could not afford food.

While it’s easy to blame laziness, as many uninformed commenters are happy to do, in reality the problems run much deeper.

The growing poverty rate in New Zealand is one of our great shames, and cannot simply be solved by a little bit more elbow grease.  Inequality has been steadily rising over the last 30 years (especially when measured by wealth), to the point now that the top 20% of households hold more than 70% of the wealth (up from 46% some 30 years ago).

Pressures on the housing market driven primarily by the tax loophole that boosts demand for home ownership to levels well above the demands for mere accommodation, combined with wage-crimping stagnation in productivity (New Zealanders work about 15% longer than the OECD average to produce about 20% less output per person) has seen accommodation costs rise significantly faster than wages. As a result, more Kiwi households are spending more than 30% of their income on housing (the percent that is considered the threshold at which housing is considered as being ‘unaffordable’). Of course these households now have less and less for basic necessities.

On the other side of the coin, those reaping the benefits of homeownership in NZ (around 60% of the population) saw the value of their homes rise on average $48,142  in 2016, which is considerably more than the living wage rate that one might hope to earn in a year (many earn considerably less). A significant swathe of our population then is faced with stagnant wages and rising rents. This is where the pressure for higher Working for Families benefit is coming from, as well as other services like food parcels.

The problem is, this welfare system of targeted benefits is broken. The abatement rates (the reduction of benefits as people earn), and associated costs of work, such as transport, childcare, etc, mean that people often end up no better off from working than they are on a Benefit. They’re trapped. The trap leads to intergenerational poverty, hugely reduced mobility of labour, compounding disadvantage and all the hallmarks of an underclass.

What does all this mean?

Not only is this bad for the kids and their families, it’s also bad for the country. Poverty brings with it a huge amount of associated costs, it puts considerably more pressure on our health, criminal justice, and welfare systems, all while reducing the amount of taxable income we have to pay for such things. Clearly it is in the best interest, first on a human level, and then economically, to reduce as much as possible the level of poverty and inequality we have. There are definitely some big improvements to be made, highlighted in a recent report card from UNICEF that has ranked us 34th out of 41 EU/OECD countries when measuring sustainable development goals for child wellbeing (a proxy for poverty). The worst aspect of this was our health record, which Newsroom summarised nicely here. All up, it makes for grim reading.

Before we lament that this is all down to one Government or another, remember that these statistics have been on a steady decline for the last 30 years, and so far the new Government has yet to announce enough of substance to change this.

The one shining light in the new Government’s policy agenda to tackle child poverty is their Best Start payment which gives $60 a week for families with a child under 3, and for low to middle income families up to age three. While being a relatively small amount, it does appear to be universal for families with a child under one, meaning they receive the money without having to jump through the myriad of hoops normally associated with welfare payments. While this is all great, it simply does not go far enough to have a real, significant impact. Evidence shows that cash payments to those on low incomes do have a positive outcome, which is one reasons why TOP favors a move to a UBI (Unconditional Basic Income). The first step to implementing this is to give all families with kids under 3 $200 per week, to fully fund childcare for those on low incomes as well as free early childhood education.

Labour have also adjusted the Family Tax Credit allowance rates, however until they elaborate on what is meant by removing “ excessive sanctions” on the welfare system, the changes will have little effect on the long term outcomes for all families receiving welfare.

Obviously more for those on low wages is a good thing, especially with the drastic rise of housing costs relative to income for poor families. However, increases in minimum wage rates can actually have a negative impact for those on the poverty line. Abatement rates attached to welfare payments can mean that these wage rises are simply absorbed by the reduction of benefits. Along with this, drastic increases in minimum wage rates above what economic conditions allow can result in some businesses on the margin cutting jobs. The Treasury predicted that an increase of the minimum wage to $20 (as announced will happen by 2020) will cost around 30,000 jobs. We have done a more thorough analysis on the impacts of an increase in the minimum wage here.

You can see a full review of our thoughts on paid parental leave here. In essence under the amendment to the Paid Parental Leave scheme the poor get nothing, while the benefit rise in proportion to income. That is, it exacerbates the growing inequality in our society.

Making higher education more accessible for everyone is great, after all, one of the biggest issues with poverty is that kids growing up poor perform considerably worse than their affluent peers, making it more difficult for them to succeed later in life. Unfortunately, Labour’s education policy will have little effect on improving the outcomes for these kids. The problems exist well before the opportunity to attend tertiary education and the simple fact is, poor people are much less likely to attend university, or other forms of tertiary education, effectively making this policy a further leg up for those who are already relatively well-off. We need to address the underlying issues that impact the education of these children, this policy simply fails to do that. You can read more on the subject here.

Building prosperity upon a foundation of fairness – this was the cornerstone of the TOP campaign in 2017, and will continue to underline our approach to economic and social policy. We want our children to be able to grow up having the same opportunities we had, rather than to continue to concentrate wealth so that only the privileged may have those opportunities. To achieve this, the first step must be to close the loopholes in our tax system that have allowed such inequality to thrive. It is not about simply taxing the rich, as many seem to think, but rather making sure all the income is taxed fairly, rather than wage earners carrying the burden. Correcting this goes a long way to providing equality of opportunity.

In support of this, we must have a social security system that is designed for the 21st century, rather than putting band-aids on our broken targeting system that marginalises those who use it.

It is not the so called ‘lazy’ or ‘entitled’ underclass who are the causes of our two-tiered society, but rather it’s the policymakers and Government who have failed to provide a foundation where all boats may rise.