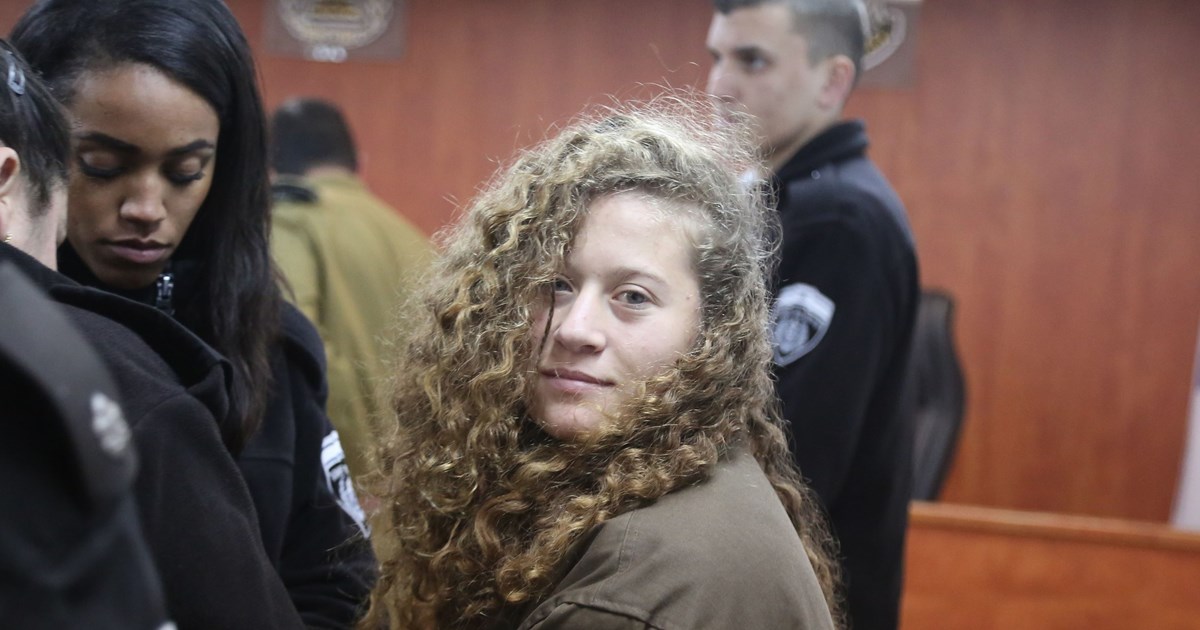 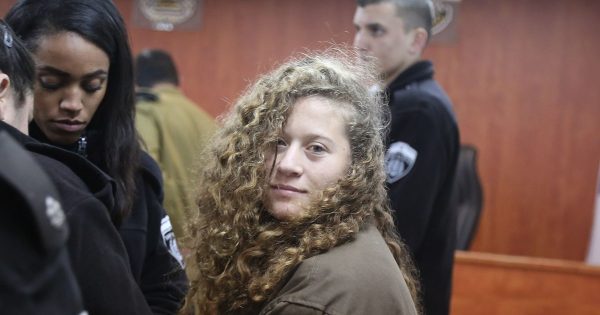 The Event:
FREE AHED TAMIMI
PALESTINE SOLIDARITY NETWORK
NATIONAL DAY OF ACTION
FREE AHED AND ALL PALESTINIAN CHILDREN FROM ISRAELI PRISONS NOW!
Discussion;
Ahed Tamimi ‘s 14 year old cousin was shot in the face at close range by Israeli soldiers who then barged into Ahed’s family property. She tried to stop them and was filmed slapping an IDF soldier. She was arrested later in a night raid . All this happened in mid December. Since then she has been held in detention. She has received a rape threat ..threats of spending the rest of her life in an Israeli prison. Ahed will turn 17 on 31 January. Her mother is under arrest too by the way.
Several hundred Palestinian children are in Israeli prisons.  You can find out more from the  Defence of Children International report No Way to Treat  a Child and from samidoun.net  Visit kiaoragaza.net to find out time and location for rally near you.  So far, Auckland, Wellington, Christchurch , Dunedin and Whangarei are confirmed. In Auckland meet at Aotea Square on 03 Feb at 2pm. In Christchurch, same date and time..meet at Bridge of Remembrance
WHAT: FREE AHED TAMIMI
WHERE: Aotea Square Auckland, Bridge of Remembrance in Christchurch
WHEN: 2pm February 3rd