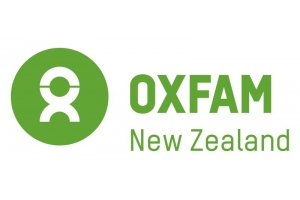 The research also reveals that 90 per cent of New Zealand owns less than half the nation’s wealth.

The research forms part of a global report released to coincide with this week’s annual meeting of political and business leaders at the World Economic Forum in Davos, Switzerland. New Zealand Trade Minister David Parker is scheduled to attend the gathering, which focuses on global politics, economics and social issues.

The full report, called Reward Work, Not Wealth and released at 1pm this afternoon [Monday], will reveal how the global economy enables a wealthy elite to continue to accumulate vast wealth while hundreds of millions of people struggle to survive on poverty pay. It will reveal how globally big business and the extremely wealthy are fuelling the inequality crisis by avoiding taxes, driving down wages for their workers and the prices paid to producers, and investing less in their business, say Oxfam.

Last year, Oxfam’s research revealed two New Zealand men owned more wealth than the poorest 30 per cent of the adult population; this startling statistic remains the same.Graeme Hart, New Zealand’s richest man, has increased his fortune by US$3.1 billion in 2017 to US$9.5 billion (up from $US6.4 in 2016).

Rachael Le Mesurier, Executive Director at Oxfam New Zealand says: “Trickle-down economics isn’t working. The extreme gap between the very rich and the very poor in our country is shocking. As new wealth is created it continues to be concentrated in the hands of the already extremely wealthy.

“2017 was a global billionaire bonanza. This is not a sign of success but of economic failure. Experts are clear, high levels of inequality are bad for economic growth – for everyone except the small number of super-rich, who on a global scale are often able to translate their disproportionate control of resources into disproportionate influence over political and economic decision making. This can lead to policies that are geared towards their interests, often at the expense of the majority.

“To end the global inequality crisis, we must build an economy for ordinary working people, not the very few rich and powerful.

“Kiwis love fairness, not inequality. Governments can tackle extreme inequality here and globally by ensuring the wealthy and multi-nationals pay their fair share of tax by cracking down on tax avoidance – then using that money to make our country and the global economy a fairer place.”

“Let’s have a national conversation about tax. Labour’s Tax Working Group and the opportunity it provides New Zealand to examine the structure, fairness and balance of the New Zealand tax system, is a huge opportunity to ensure our economy reflects the fairness that is innately Kiwi. It also offers an opportunity for New Zealand to provide an example to many developing countries in using a fairer tax system to reduce the extreme gap between the very rich and the very poor. Oxfam’s report includes a strong list of recommendations, backed up by experts, for both governments and multi-nationals that can help us achieve this.”

The two richest New Zealanders are Graeme Hart and Richard Chandler. They own wealth of US$9.5billion and US$1.9billion respectively.

Oxfam’s 2018 report is the most recent in a series of reports that has analysed economic inequality and its drivers. Each of these reports was published to coincide with the annual meeting of the World Economic Forum in Davos. Each year the report has included an analysis of wealth inequality which draws on data from the Credit Suisse Global Wealth Databook and the Forbes list of billionaires.This Credit Suisse Databook is produced annually and is widely recognised as providing the best available data on global wealth.