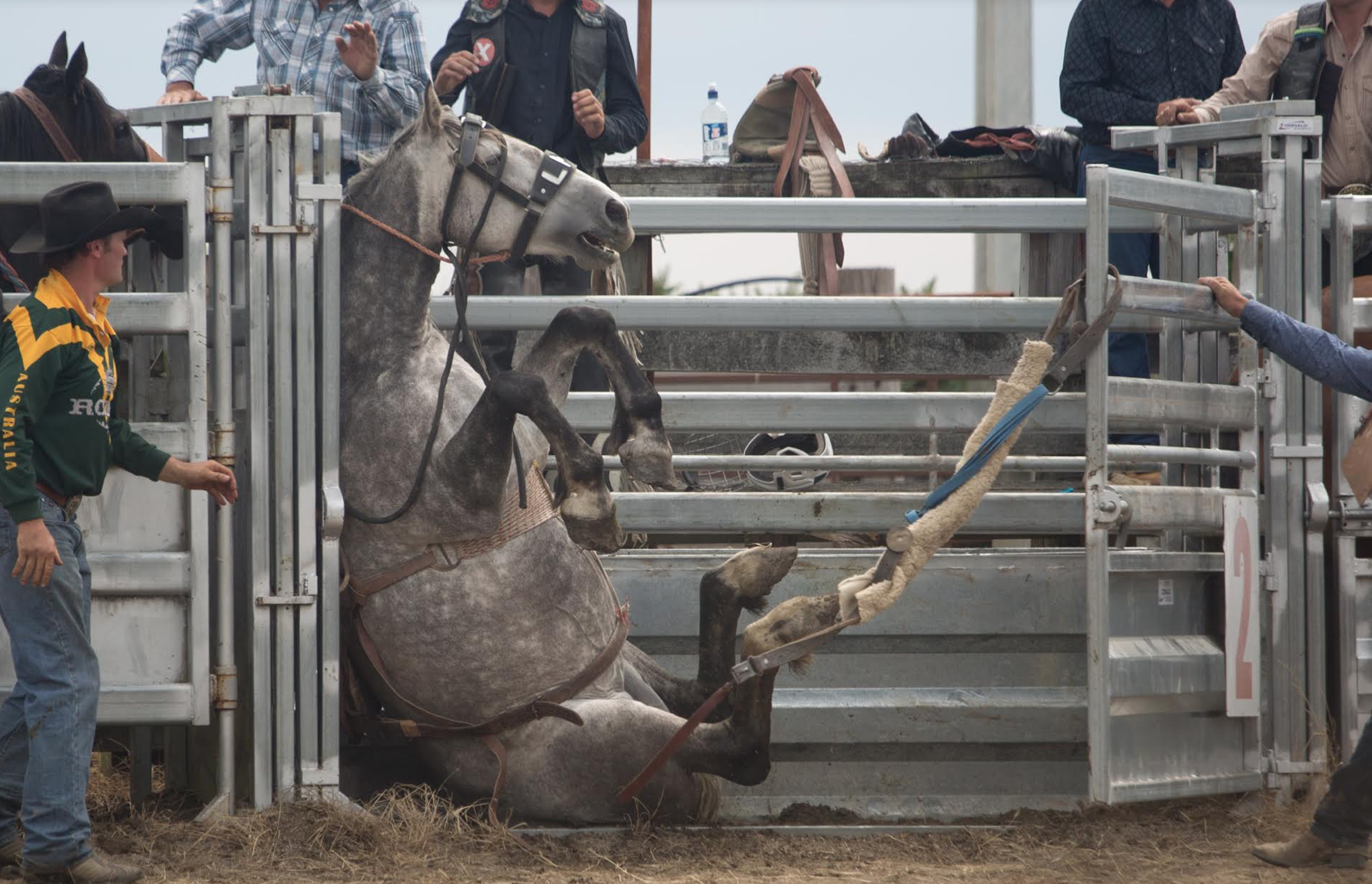 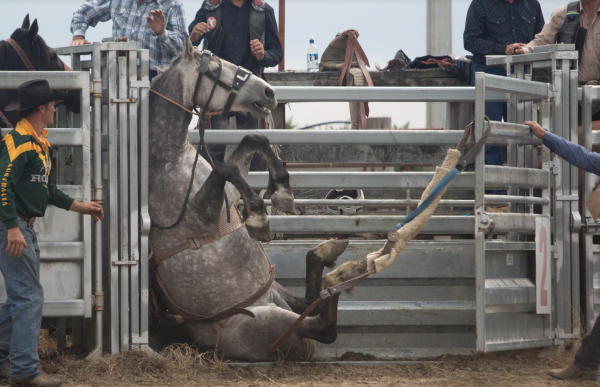 Many moons ago my Uncle ‘volun’-told my little brother and I to kill a pig for a family feast. We killed it by placing a metal pipe across its throat, and pressed it down until the pig suffocated.  To this day I vividly remember the look of terror, distress and fear in the eyes of that pig.  Sadly, this is the same fear, I see in the eyes of calves when they are chased down, slammed to the ground and roped at rodeos. What is viewed as entertainment for the spectator, perceived as a sport for the cowboys, is experienced as a matter of life or death for the animals involved.

On Saturday 13th of January Direct Animal Action (DAA) will hold their 2nd protest of 2018 outside the rodeo in Whangarei. The primary goal is to call on the government to ban rodeos across Aotearoa, New Zealand. Our first protest was held on New Years day outside Warkworth rodeo, and was well attended by over a hundred kiwis from different parts of the upper North Island.

1.      Rodeos are only an issue with ‘townies’, and strongly supported by rural provincial New Zealand.

In regards to the first point, Kiwis of all backgrounds, including rural, are seeing rodeo for what it really is; People using force to violently dominate scared animals. New Zealanders from all walks of life are opening their eyes to how archaic and cruel this 50-year-old ‘tradition’ is.

Public outcry has alerted sponsors to the horrors of rodeo and many have since withdrawn their support and dissociating their brands from what is clearly animal abuse. The most recent sponsors to withdraw their sponsorship were the Lions Club New Zealand, an iconic community organisation that is as Kiwi as pavlova and jandals.

Addressing point number two regarding ‘family friendly fun’. How does that even work? Watching an adult chase a calf that is running away in terror. Throwing a rope around its neck. Pulling it into the air. Watching it slam into the ground. Then jumping on top of it and tying it up, while it struggles in distress. Let alone watching adults forcing themselves onto horses or bulls that don’t not want to be ridden, to watch them both tumble around in a dangerous dance. Often resulting in injuries for both parties involved. The cowboy might end up in the hospital, but walk away a hero, while for injured animals only a bullet awaits.

The final point postulated by NZRCA is that no animals are hurt in rodeos. Season after season video footage continually shows animals in distressing situations. The rodeos have not been happy with the footage coming out and some clubs are enforcing a ban on filming, turning away anyone trying to bringing video recording devices into their events.

I am frequently asked why DAA uses the term bullying in association with rodeos. Bullying is generally defined as:

“use of superior strength or influence to intimidate (someone), typically to force them to do something”

By its very nature, rodeos encompass all the attributes of bullying.

Bullies enjoy an audience, whether active or passive. In many cases, it is the bully’s ability to create the illusion that he or she has the support of the majority present, that instills the fear of “speaking up” in others.

We will keep speaking up for the animals involved until rodeos are banned in Aotearoa, New Zealand.

Apollo Taito is a professional manager in the health sector with more than 20 years of experience, he has worked for NGOs, Pacific health organisations and a large DHB. As a soldier and infantryman, Apollo has 18 years observing the complex culture of ‘Man’ and the art of ‘embracing the Suck’. Apollo is currently completing his Doctorate in health science, with a thesis on Governance. When he’s not on PlayStation or training, he dabbles with writing or loving and adoring his Danish wife Helene and two cats Mr Cuddles and Moonlight.