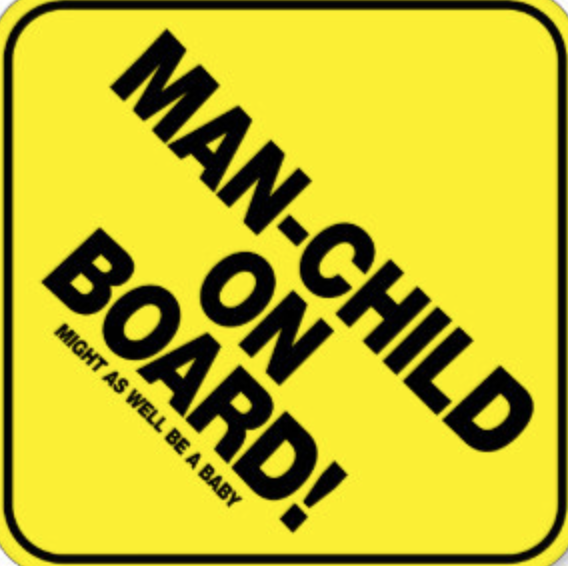 On an episode of ‘Seven Sharp‘, on 23 August 2017, Hosking said to his co-presenter, Toni Street;

“…you can’t vote for the Māori Party because you’re not enrolled in the Māori electorate.”

The statement was factually incorrect, and people rightly objected. The following day, Hosking made a half-hearted “clarification”;

“ The fact that anyone can vote for [the Māori Party] as a list party I automatically assumed we all knew given we have been doing this for 20 years… and it went without saying. So hopefully that clears all of that up.”

It didn’t “clear all that up”. Not by a long-shot.

After a complaint was laid with the Broadcasting Standards Authority (BSA), the finding was scathing of Hosking. On 19 December, the BSA found;

The Authority upheld a complaint that Mr Hosking’s comments were inaccurate and misleading, and that the alleged clarification broadcast on 24 August 2017 was flippant and too general to correct the inaccurate information for viewers. Voters not enrolled on the Māori electoral roll can cast a party vote for the Māori Party, or vote for one of the 18 Māori Party candidates representing general electorates in the 2017 General Election.

In reaching its decision, the Authority recognised the high value and public interest in political speech during the election period, but emphasised the importance of ensuring audiences were accurately informed about election matters. It said Mr Hosking’s inaccurate comments were presented at a critical time, when voters required accurate information to enable them to make informed voting decisions.

“This was an important issue, particularly during the election period, and had the potential to significantly affect voters’ understanding of the Māori roll and of New ealand’s electoral system”, it said.

In considering whether orders should be made, the Authority commented on the important and influential role held by programme hosts and presenters,particularly during the democratic election process.

Note that the BSA wasn’t commenting on an opinion held by Hosking. Hosking did not say,

“…you [shouldn’t] vote for the Māori Party because X-Y-Z.”

He stated an incorrect fact;

“…you can’t vote for the Māori Party because you’re not enrolled in the Māori electorate.”

Furthermore, the BSA found that Hosking’s “clarification” was;

“…flippant and too general to correct the inaccurate information for viewers“.

Quite clearly, Hosking made a mistake.  Whether he genuinely believed that “you can’t vote for the Māori Party because you’re not enrolled in the Māori electorate”, or he mis-spoke, is almost irrelevant. The fact is that his statement – made on prime time television, with an audience of several hundred thousand people – was untrue. It couldn’t be any more untrue.

… it would be appropriate for the broadcaster to publicly acknowledge the breach of the accuracy standard to its audience by way of a broadcast statement on air.The Authority directed that the statement be broadcast before the 2017 summer holiday break.

Which, by 19 December, was about four months too late. The election had been ‘done and dusted’ by the time the BSA made it’s ruling. Any damage to voters – who were unfamiliar with the intracacies of MMP – had been done.

Hosking could have “taken it on the chin”. But he didn’t, and he broke the cardinal rule for those in public life; ‘when in a hole, stop f—–g digging’!

Hosking kept digging, getting deeper and deeper in the cesspit hole he had dug for himself. Writing for the Herald on 20 December – the day following the BSA’s findings released to the public – Hosking reacted with the equanimity of a spoiled, pinot-sipping, Maserati-driving, rich brat;

My Christmas gift from the BSA, the Broadcasting Standards Authority, is I misled the nation. Sorry nation, I misled you.

I didn’t of course, but they don’t have a sense of humour, or indeed any understanding of the realities of broadcasting, like you shouldn’t take everything literally.

But the BSA was having none of it. And so sadly, once again, we have paid for a bunch of humourless earnest clipboarders to sit around pontificating and writing reports.

The irony being they decided a statement had to be made rectifying my outlandish behaviour, and it had to be done before Seven Sharp took a summer break.

Then he added, in a final shot of petulance that only a ten year old could appreciate;

So what has been achieved here? Nothing. The show is finished. The election is over. I’ve quit.

He left out this bit; “…so I’m taking my ball and going home.”

Hosking wondered “why we have a BSA that busies itself with such nonsense“.

Tim Watkin, writing for The Pundit, was unimpressed;

Suck it up, buttercup. Take your medicine. Don’t whinge and claim to be misunderstood, just take responsibility. That’s the sort of advice often offered on talkback radio, yet Mike Hosking seems to have missed that memo with his ill-advised Herald column this morning on a Broadcasting Standards Authority ruling against him.

Watkin added that Hosking’s whinge in his on-going NZ Herald column was, in itself, an abuse of power;

This is dangerous stuff and a rather worrying abuse of power. When someone is sentenced by the Court in New Zealand, they don’t get a newspaper column in which to vilify the judge. And for good reason. Hosking may disagree with the ruling, but you suck it up and take your dues. That is another of the realities of broadcasting, and Hosking should realise that.

Yes, standards bodies get to pontificate; it’s their job. I know, as the digital rep on the New Zealand Media Council (until recently, the Press Council). The bodies exist to protect free speech, balance the power between the media and the audiences it serves and ensure those people with the megaphone act according to agreed ethics. As with anything we do in society, there are rules. If Hosking doesn’t like the rules, he can argue to change them. He can cry into his pinot at home.

But he doesn’t get to whine about them in print when he gets pinged.

Watkins is on the nail on every point made.

This is one the pitfalls of our hyper-commercialised mainstream media, when it sets up “media personalities” to pontificate to the nation on various issues. Such “media personalities” become an embarrassing liability when they get their feet firmly wedged in their oft-open mouths, having said something incredibly (a) stupid or (b) wrong or (c) both.

In this case, Hosking achieved (c): both. And worse still, his masters in the National Party must have been pulling their hair out in tufts. Hosking’s bullshit comment would have impacted badly on the Maori Party. How many votes did the Maori Party lose because of Hosking’s mis-information?

If they did lose a sizeable chunk of votes – was Hosking inadvertently responsible for the Maori Party losing their seats in Parliament? In which case, Hosking may have single-handedly denied National a fourth term in office by destroying one of their coalition partners.

“Own goal” doesn’t begin to cover Hosking’s incredible feat of self-destruction for his Party.

The role of  pundits  is to engage with the public and offer matters to think about and/or to inform us. On 23 August 2017, Hosking achieved neither of those admirable goals. Instead, he was sloppy. His “Maori electorate” comment was sloppy, and mis-informed viewers. His clarification was sloppy, treating viewers with thinly-disguised disdain.

And to make matters worse; it was abundantly obvious he couldn’t care less.

This should be an end to Mike Hosking’s career in broadcasting.

Mediaworks:  BSA has no sense of humour – Mike Hosking

The Pundit:  Mike Hosking – You do the crime, you do the time