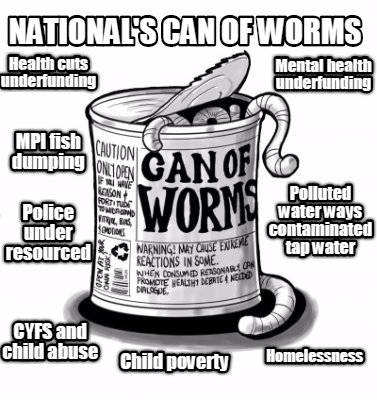 The greatest fraud in the BIMS reports that highlight the horror of National’s 9 years in power is that the NZ mainstream media unquestioningly allowed these scumbags to get away with it for a decade!

Where the hell was the NZ media for the last 9 years when the conclusions of the BIM reports were so obvious to everyone else?

Let’s call the last 9 years of National’s rule what it really was – class-austerity. A draconian policy that destroyed the most vulnerable but because media are middle class they never saw it and allowed them to get away with it.

How can we have such an apocalyptic conclusion of 9 years worth of policy failure and the vast majority of NZ media not pick up on the enormity of damage being perpetrated?

How did this all go unnoticed for so long?