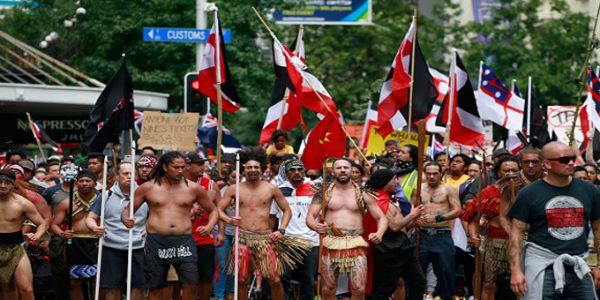 It’s not only the new Labour led Government who are finding the transition from opposition into power a difficult one to traverse, many activist groups seem to be struggling with how to engage constructively beyond mere opposition.

How do activist protest groups constructively engage in the decision making process now a new Labour led Government are in power? For the last 9 years, many have simply banged their heads against the National Government with very little to show for their efforts and it seems that some are still in that mindset.

Last week, Peace Action Auckland and Peace Action Wellington stormed into the offices of Grant Robertson and Jacinda Ardern to protest what they saw as the lack of action by the new Government on the Manus Island refugee crisis. By every objective account, the offer Jacinda has made and the pressure she has put Australia under in the media is unprecedented, yet here we have protests attacking the new Government.

It seems to sum up an existential problem all activist groups are struggling to get their heads around. With open doors into the new Government, the time to influence policy rather than protest it is crucial if Jacindat is to live up to all our hopes.

That isn’t to say some aren’t adapting. Anti-TPPA Professor Jane Kelsey is leading the way in opposing policy while stressing constructive engagement in the process and Greenpeace have also managed to get the right balance by criticising new seismic oil exploration without attacking the Government.

Child Poverty Action Group, The Salvation Army, Amnesty International, People Against Prisons Aotearoa, Just Speak, Not Our Future, Greenpeace, ActionStation, Auckland Action Against Poverty, Peace Action Auckland and Peace Action Wellington all have valuable contributions to make towards a better New Zealand. If radicals argue Jacinda isn’t a valid leader for that change, I’d suggest they’ve set their thresholds for change so high that nothing short of a violent revolution with the reincarnation of a hybrid Karl Marx, Che Guevara and Joan of Arc would be considered sufficient for them.

Working for change creates more opportunities for progress than sulking because you can’t get 100% of what you want.

It’s time to choose, constructive engagement and building public support for that progressive change or another 3 years of banging heads against the system and going no where.