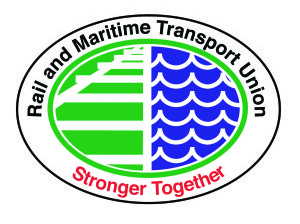 ‘’We met with representatives of Auckland Transport at their request yesterday to discuss the introduction of so-called ‘Transport Officers’ on the railway and we were appalled at their amateurish approach” said RMTU Organiser John Kerr.

“Auckland Transport (AT) and French owned multi-national Transdev, who operate our passenger trains in Auckland and Wellington, want to move to driver only operation (DDO), getting rid of permanent on-board crews. This requires three things to happen: New Zealand Transport Authority (NZTA) approval for driver door operation; KiwiRail to grant access to the network for this type of operation; and thirdly, the agreement of our members,’ he said.

“Yesterday AT confirmed that Transdev haven’t even submitted their application to have driver only operated doors, and that they have no real idea how and where Transport Officers, who they say will staff the network in the absence of on-board train staff, will operate” he said.

“They say they will deploy 125 Transport Officers by mid-2019, yet they said they ‘do not see these people as an operational part of the railway’,” he said.

“AT are saying Transport Officers will not be required to meet the same medical standard as current train crews and confirmed that there is no guarantee a Transport Officer will be on any given train at any given time. They do not appear to have worked out when to deploy these Officers to ensure the security of the travelling public and responded time and time again to our questions with the comment ‘that’s just detail’,” he said.

“What these bureaucrats have worked out is a shabby little deal whereby any of our current on-board members who take up a job as a Transport Officer, on inferior pay and conditions to those they currently enjoy, will have to agree to forgo their full redundancy entitlement and take a so-called gratuity that is coincidentally half of what they would have otherwise been paid out,’’ he said.

“AT yesterday confirmed that it underwrites Transdev’s redundancy liabilities, thereby allowing a foreign multi-national to run what is effectively a labour hire company on Auckland’s railway creaming off a profit from taxpayers, ratepayers and the travelling public. A classic case of the socialisation of loss and the privatisation of profit,’’ he said.

‘’The security and safety implications of getting rid of permanent on-board crews are serious. It threatens to turn the railway into a criminal’s paradise. Uniformed staff deter criminal and anti-social behaviour and it’s vital they are on every train. It adds insult to injury that a publically funded body like AT are colluding with Transdev to both rip off Kiwi workers and endanger the travelling public ’’ he said.

“Our members are currently voting on industrial action to get Transdev and AT to stop this half-baked scheme to get rid of the very people who make such a big contribution to keeping passengers safe. Tomorrow we’re holding a stop-work meeting to discuss this further. We don’t want to inconvenience the public but our members won’t compromise on safety. No trains will be cancelled during the meeting but unless we sort this out there is a strong likelihood of stoppages very soon,” he said.