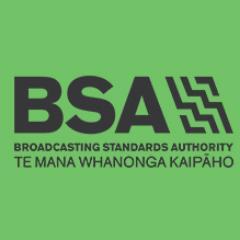 The Broadcasting Standards Authority has upheld aspects of a complaint about four broadcasts by Radio Virsa, a small Sikh radio station based in Auckland.

The broadcast programmes were in Punjabi and contained host and talkback commentary about a wide range of issues and people in the local Sikh community.

In reaching its decision, the Authority noted that, while some broadcasts may be directed to a specific ethnic community, when determining complaints about whether broadcasting standards have been breached it needed to look to the diverse New Zealand community as a whole:

However, in this case, the Authority concluded that aspects of the broadcasts were unacceptable in New Zealand society and caused harm to both individuals and to the intended audience.

In response to the findings, Radio Virsa has offered an apology to those impacted and the BSA has ordered that a broadcast statement reflecting the BSA’s decision be made. In addition, BSA has signalled its commitment to work with Radio Virsa to assist it to better understand the New Zealand broadcasting context, and to provide guidance to Radio Virsa staff on the application of broadcasting standards in New Zealand.