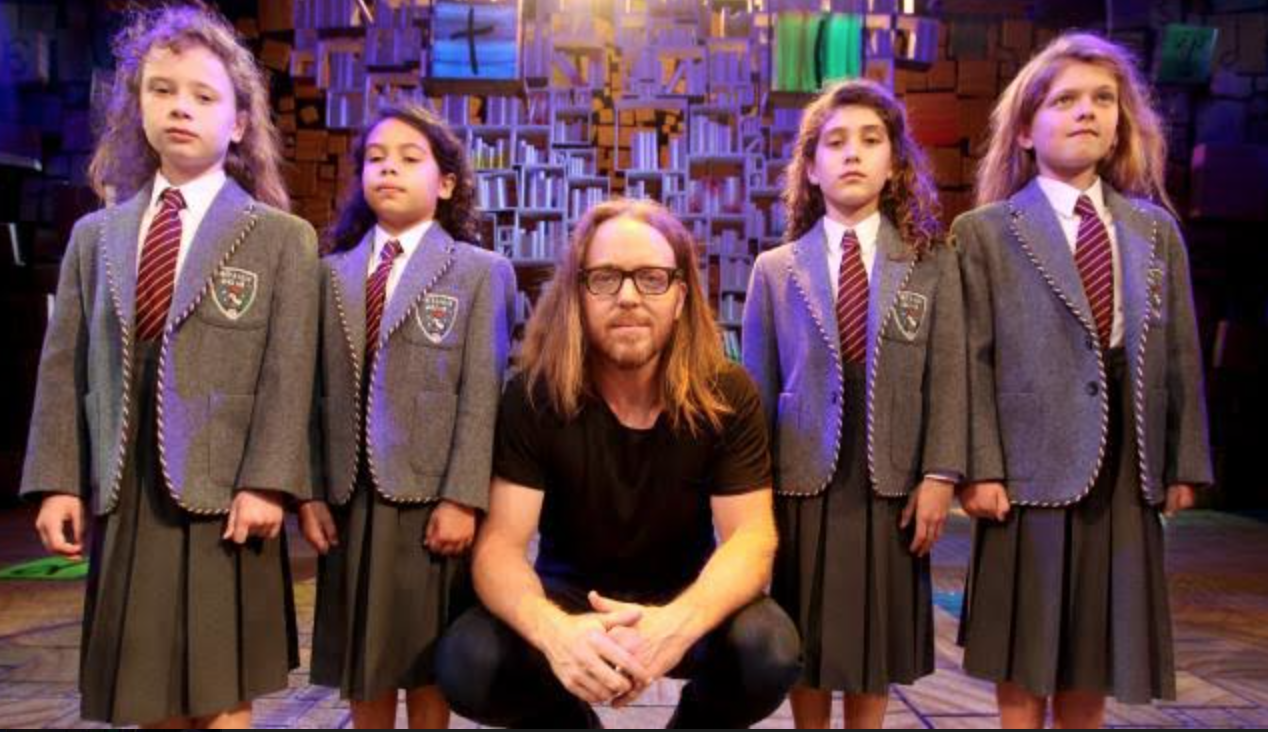 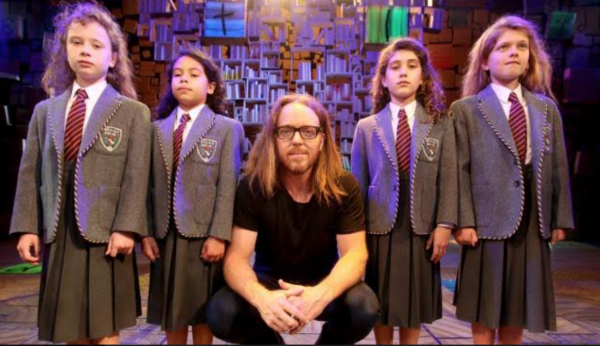 My companion and I attended the very final night of Matilda the Musical at the Civic in Auckland.  And his response was similar to mine, – “Wow! That was Amazing!”

Roald Dahl is a hero. His legacy lives on beyond his years as a household name for his brilliance, and hilarious children’s books.  But there is something more about Dahl, that some might forget and not the least is his capacity to inspire heroism.  This is a show that takes that and runs with it.

The Matilda’s are truly amazing I agree but the entire cast is also so very talented. The younger performers absolutely holding their own as true professionals alongside the adults. It was very difficult not to believe that ‘our’ Matilda was the best even though I hadn’t seen the others, certainly the standing ovation was fulfilled for her curtain call, and well deserved. I found myself ogling at the considerable casting process that must have happened.  What a wealth of talented singing and dancing children must be in the UK, to have easily found a whole bunch of exceptional talent.  Or maybe kids are just more amazing than we ever give them credit for.

I know it’s unusual to write a review on closing, but I was so delighted at the incarnation of Dahl’s essential stance on the strength and power of children, his respect for them, and his determination that they should be spoken to directly, and taught to think critically, starting with reading.  As Tim Minchin has said, “to be a rebel, you’ve got to be smart”.

And this is why I am reviewing on closing.  It doesn’t matter if you can’t get to see Matilda now but you may get another opportunity, and if you do, then do.  Even if like us you have to go without a few necessities for a week or two to make it happen!  In case you haven’t guessed though, I come from a Roald Dahl family, happily, I think Matilda was one of the few of his books that I hadn’t actually read.  We speak in Dahl-isms and references, across generations, whether it’s the BFG glimpsed out the window, or the desire to deal out a punishment such as one received by the Twits, or the resemblance of certain characters to Boggis Bunce and Bean out of the corner of your eye as you’re driving down the street…

Dahl, understood the importance of his role in influencing young minds, and the moral themes of clever children who read, and plan things as opposed to spoilt children who whinge and moan and have everything they want is present throughout his writing career, and many of his works are more suited to older children as well. If your kids are older than 8, they may be interested to look at ‘Danny The Champion of the World’, or the collection of shorts under the title ‘The wonderful story of Henry Sugar’, which has stories that become slightly more suited to older young adults from the beginning of the book to the back, ending with the horrifying and autobiographical story of a fighter pilot being shot from the sky. Maybe some of you didn’t realize that Dahl wrote for adults too, in his ‘Collected Stories’, you will meet more of the adult man’s mind, in his wonderfully filmic short pieces, such as the famous ‘Lamb to the Slaughter’.  And there’s no doubt that the stories of Roald Dahls life are equally as interesting if you cared to read up on him.

Quite wonderfully, the main theme of Matilda is that for your own safety, so as not to fall prey to the unsavory evils of the world of controlling grown up people, one ought to learn to read.  I had the opportunity to hear Geoffrey Palmer recently speaking on his case for a New constitution for our country, and particularly regarding education. Yes, it is vital that school leavers should have access to some basic education about society’s political structures, and should know for example what democracy is, I for one, am very pleased to see that this kind of thinking will be implemented in the new government’s School leaver’s tool kit.

However my response to Palmer, was that while we do indeed need a populace that regains a political literacy, we actually need to remember that primary and secondary education is a pivotal part of forging social change for the better.  Before political literacy, we need  …literacy.  And the fact that the social divide is being created long before students are going to be receiving education for their school leaver’s toolkit, means that toolkit education needs to begin with sewing together the enormous rift that has been created by inequality right through the centre of our mainstream school population.

Why is it so vitally important that young New Zealander’s actually have an inquiring mind, instead of their teacher’s ticking the box marked ‘inquiry’ in their lesson planning?  Because critical thinking is the difference between a hegemony that is managed with a top down authority (and will eventually give way to an oligarchy), and a democratic hegemonic structure that represents the people and expresses itself on behalf of the people from the bottom up, across the populace.  To an uninformed mind, it will be tricky to spot the difference.

Matilda, as a book, and as a musical, speaks precisely to this theme, and warns of the dire consequences.  Those social influencers throughout history who were closer to wars that have been levied against the people inside and outside of the British Empire, may just have a more justified backdrop to the warnings they dish out and the moral tales, if they are so inclined, and may deserve being listened to a little more closely.

And Tim Minchin is a hero.  For stepping up to the mark, and bringing the musical to life with Matilda not in any way compromised but uplifted in all her extraordinary-little-girl-with-a-moral-code-who-is-a-little-bit-naughty-but-for-the-right-reasons  glory.

“I think Matilda is an icon, -a feminist icon for informed rebellion, -and she’s also magic…  which helps”.

But also, Minchin is admitting to wanting to create a Trumpian character in the construct of the Headmistress and Matilda’s awful parents:
“I do want to write about Trump, and in fact Matilda has everything I want to say about it, because if you’re watching it as an adult, Mr and Mrs Wormwood [Matilda’s horrid, TV-obsessed parents] and Miss Trunchbull [the authoritarian headmistress of Crunchem Hall school] together form a Trumpian figure – incredibly anti-intellectual.”

Minchin says in interview  by Linda Herrick in the Listener / 16 August, 2017

So thankyou Tim Minchin, thankyou all the performers, and thankyou Roald Dahl, life would be so much less cool without you in it.  And for all those on the right wing side of New Zealand politics who have been expressing their dismay at our new government and its resolve to do right by the people of the country, I decree, less whinging and much more Roald Dahl is in order for you.

In the second half of the musical, there is a scene in which Matilda’s teacher breaks with formalities and takes Matilda in for a cup of tea, the set reforms into something that looks like a wooden raft, with a hob for a kettle, “Are you Poor? asks Matilda, cueing a plaintive almost saccharine song from the very darling but distraught Ms Honey:

“On this chair I can write my lessons.

One this pillow I can dream my nights away.

And this table as you can see, well, it’s perfect for tea. ..

It isn’t much but it is enough, for me”

At which point my companion leaned toward me and whispered very audibly in the direction of my ear,

“Mum!  Does it sound familiar?”

We were both moved, horrified and awed by Dahl brought to Epic proportions in front of us.  What a thrill. 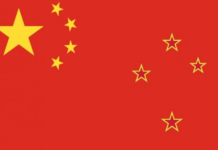