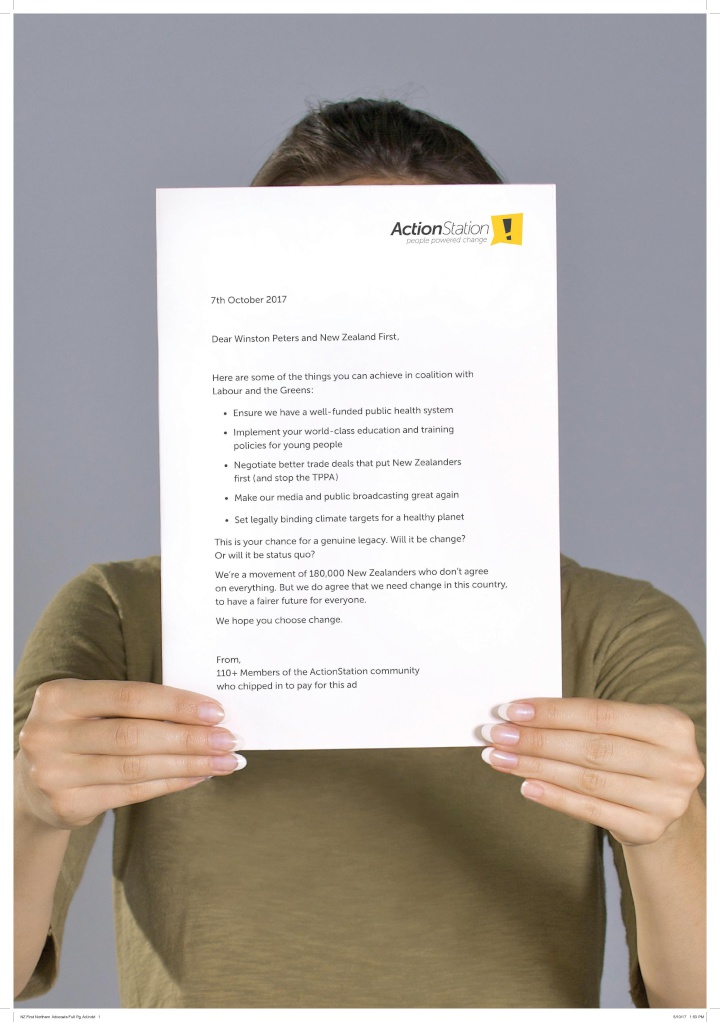 Voters have helped crowdfund a full page ad in Winston Peter’s local paper, with an open letter urging NZ First to form a government with Labour and the Greens.

The open letter comes as the country hangs in the balance waiting for the new government to be formed. It will feature in The Northern Advocate on October 7, the day special votes are counted.

“These are key issues for the more than half a million New Zealanders who have participated in our campaigns over the past three years, many of whom actually vote for New Zealand First” says Laura O’Connell Rapira, co-director of ActionStation – the group behind the letter.

“They are also the areas where Labour, NZ First and the Greens have the greatest agreement, and therefore the greatest likelihood to implement the change each party seeks.”

“This is NZ First’s chance to create a legacy that builds on the good work they’ve done in the past with the GoldCard and free health care for children under six. We hope they use this opportunity to create a government that will pursue policies for a fairer and more flourishing future”, concludes O’Connell Rapira