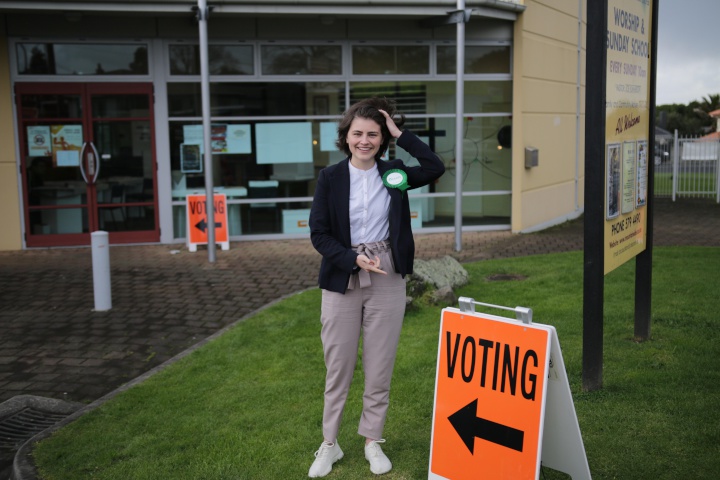 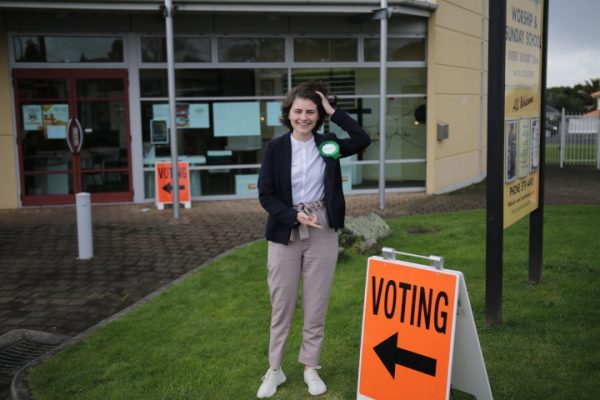 Green Party candidate Chlöe Swarbrick got in early this morning, becoming the first political candidate in the country to place her vote at 8.30am at Ellerslie’s Mountainside Lutheran Church.

“I’m going to give everything I have to ensure young people have their say this election, and will spend the next fortnight visiting all of New Zealand’s major campuses,” says Swarbrick, number seven on the Green Party list.

“18 to 27-year-olds are now the largest voting bloc by age group in the country. They might not yet know it, but they have immense power to change things. But they only have that power if they vote.”

“I’m dedicated to showing young people that a vote for the Greens is the best way to advance a progressive agenda that addresses our critical, immediate problems like inequality, housing, transport and mental health support; and securing our future by meaningfully combatting climate change.”

“Advance voting means everyone now has two weeks to vote, and the great thing about this election is people can enrol and vote at the same time at advance voting places.”