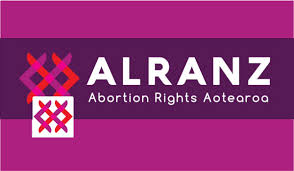 Labour Party Leader Jacinda Ardern called for the decriminalisation of abortion in the second leaders’ debate of the 2017 election season.

When debate moderator Paddy Gower asked if Ardern would take abortion out of the Crimes Act, she answered unequivocally, “Yes.” The audience gave her an enthusiastic ovation.

She said “It shouldn’t be in the Crimes Act,” and “People need to be able to make their own decision.”

“New Zealanders have waited forty years to hear a leader on the threshold of the Prime Minister’s office acknowledge our abortion bureaucracy is not fit for purpose,” she said.

“Our laws breach people’s human rights by forcing them to lie to get the health care they need.

“Ardern is right. Those who oppose abortion are free not to choose it. Those who need abortion should be able to access it freely, without having to get the approval of two certifying consultants.”

Prime Minister Bill English, a conservative Catholic, maintained his view that New Zealand’s abortion laws are working and should not be changed.

Under our abortion laws, two certifying consultants must approve every abortion under a narrow set of grounds set out in the Crimes Act. Those grounds do not include rape, nor the most common reasons cited overseas: contraception failure and the inability to support a child.