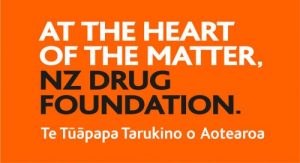 Public support for cannabis law reform is as strong as ever, a new poll conducted for the NZ Drug Foundation shows. The Drug Foundation is urging political parties to make firm commitments to health-focused drug law during this election campaign.

Almost two thirds of those surveyed want cannabis to be either legalised (28%) or decriminalised (37%). This split matches the numbers from a survey one year ago when 64% were in favour of change.

“The current system is broken. Getting a criminal conviction for possessing cannabis ruins peoples’ lives and creates huge downstream costs for society.”

“A regulated approach will usher in controls on quality, price and availability of cannabis, along with more education, prevention and treatment. The public get this – why don’t our political leaders?”

Poll results show 60 percent of National voters support legal or decriminalised possession for personal use (up from 52% a year ago). NZ First voters sit at 68 percent compared with 62 percent a year ago. Green Party voters are again the strongest supporters of change, with 92 percent for decriminalisation or legalisation (up from 83 percent in July 2016). Support for medical cannabis remains very high, at around 80 percent.

“Once again we see the cross party nature of support for change. Both National and NZ First voters are more strongly in favour of reform than last year,” Mr Bell says.

“People who vote Labour are most frequently in the unsure camp. For instance, 12 percent are unsure about allowing legal sales from stores. It’s a sign this group of voters is looking for leadership from the party they support.”

Even when it comes to the controversial idea of allowing sales of cannabis in stores, there is an across the board increase in the percentages being comfortable with sales between friends and from retail outlets. In 2016, 64 percent wanted this to be illegal whilst this year 58 percent do.

“This entrenched and strong level of support for reform now puts the heat on political parties to make firm commitments about where they stand on this. Many of the smaller parties have already outlined their manifestos, but the two big parties either stubbornly cling to the failed status quo or make wishy-washy platitudes. We deserve better than that,” Mr Bell says.

The Poll was conducted by Curia Market Research from 3 July to Tuesday 18 July 2017. The sample was drawn from a random selection of 15,000 eligible NZ voters contactable on a landline. 938 people agreed to participate. The maximum sampling error (for a result of 50%) is +/- 3.2%, at the 95% confidence level.