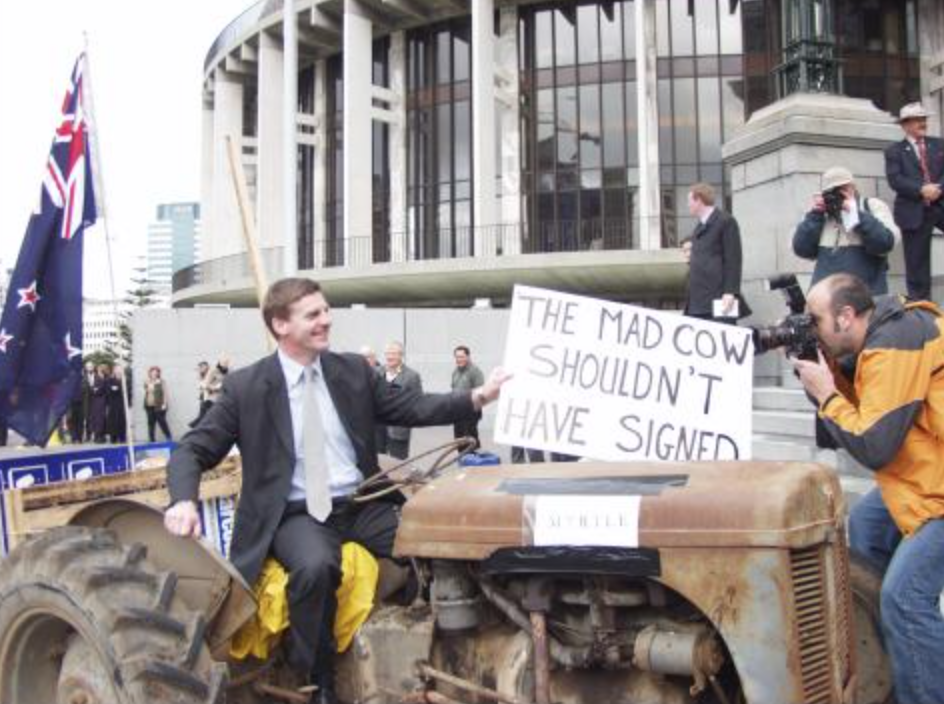 What about this comment Mr English, the one below that you were championing when you led climate denier Farmers up against Helen Clark? 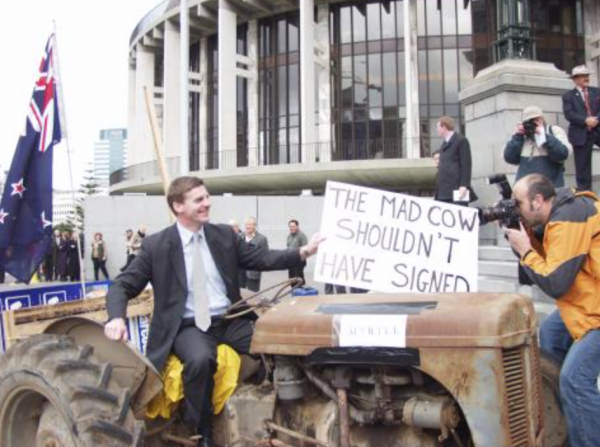 “The Mad Cow Shouldn’t Have Signed” – the reference being Helen Clark was the mad cow.

It’s amazing how there is one rule for Bill English and another for everyone else.

When he got busted paling $900 a week for a housing credit he manipulated it was just an oversight. 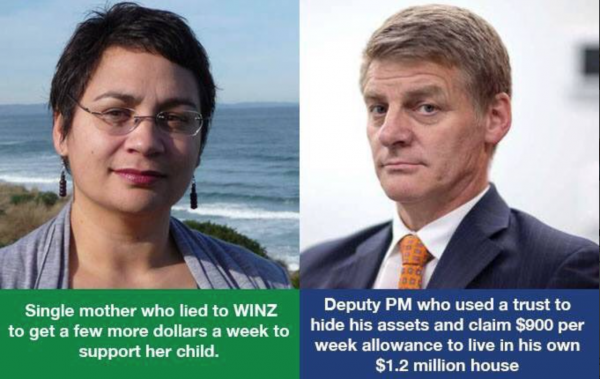 When he got busted for lying to protect Todd Barclay it was an oversight.

When he got busted sending the staff member at the centre of the scandal 450 texts from a ministerial phone and then deleted them all, that was just business as usual.

And when basic decency over took Bill’s far right Catholicism that saw him vote for viciously anti-gay and aggressively anti-abortion legislation, he just shrugged those old beliefs away.

Bill English gets away with this because he puts that glum look on his face, shrugs, and goes back to dismantling the social welfare with privatisation as if nothing has happened.

Imagine if the media held English to account the way they did Metiria?