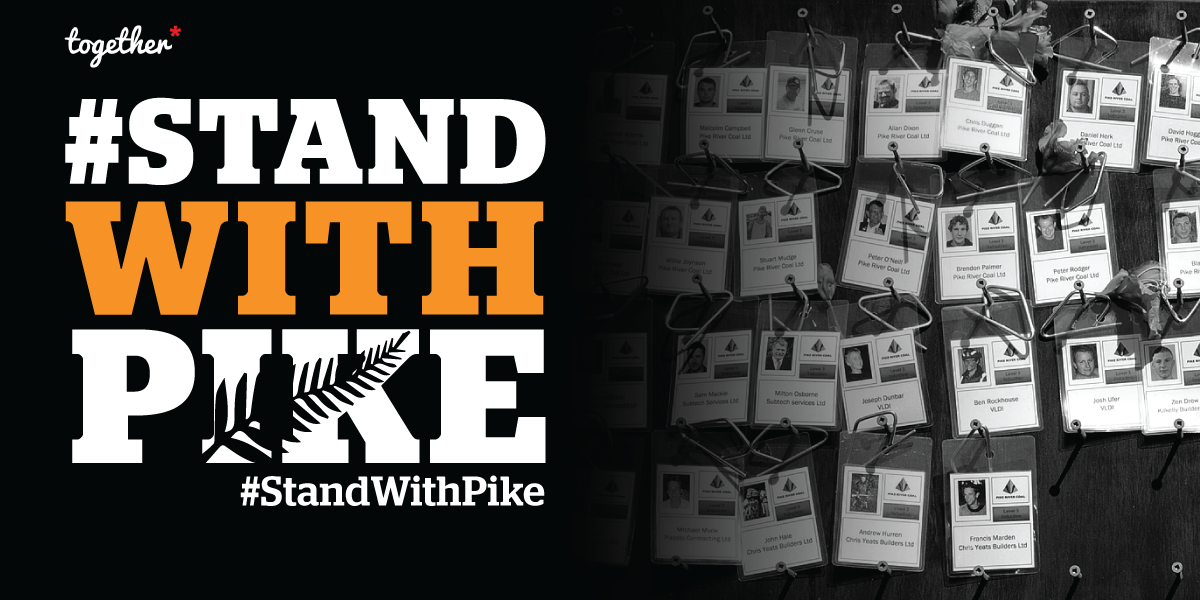 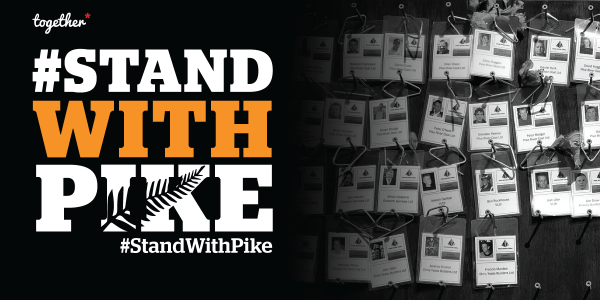 Pike River families are over the moon with the signing of a cross-party political agreement for an agency to take ownership of Pike River mine and reclaim the drift to recover remains and evidence.

The commitment was signed this afternoon by the leaders of Labour, United Future, The Maori Party, and the Green Party and, together with the earlier commitment by New Zealand First, means that there is now a Parliamentary majority behind the families’ fight for truth and justice.

Anna Osborne, whose husband Milton died in the Pike River mine, is ecstatic over the commitment. “This is a huge victory for justice and an enormous step towards getting our boys out, getting the truth, and coming to terms with what happened at Pike River..

“We are so incredibly thankful to all of the parties that have backed us on this today and over the last year, their commitment shows that we can get justice, and lets all New Zealanders know that our leaders will do the right thing.”

Bernie Monk lost his son Michael in the mine, he says the commitment marks a long fight for truth. “It’s nearly seven years since we lost our boys in that awful place, and it’s never been properly investigated. With this historic commitment the job of getting into the drift, recovering our boys, and finding evidence of what happened all those years ago is closer than it has ever been.

“This is a moment that we will remember for the rest of our lives. A moment when right won out.”

Sonya Rockhouse’s son Ben died in the mine and her son Daniel was one of just two survivors. “I can’t stop thinking about how far we’ve come since late last year when we started our last-ditch protest at the Pike River road in the middle of nowhere. It was so close to being over, another few days and the mine would have been sealed and given to DOC and we would never have stood a chance of getting in there and finding the truth.

“To be standing in Parliament. Less than a year later and watching leader after leader signing up to recover the drift, it’s just mind-blowing. It’s restored my faith in our democracy.”