The Government’s seeming determination to turn a blind eye to new questions about what happened at Pike River Mine is troubling, says Labour’s West Coast-Tasman MP Damien O’Connor.

“The video from Pike River mine, appears to show movement in the mine ahead of the second explosion, and open self-rescue packs.

“It raises questions about whether men survived the initial blast and could have been rescued in the days before the second explosion. I find it extraordinary that the Government doesn’t seem interested in the answers to those questions.

“People are starting to smell a rat. The more we learn, the more it seems the government has kept from us. Nick Smith’s disinterested reaction to this footage looks like an attempt to sweep things under the carpet, as does his go-slow approach to the re-entry plan.

“Labour’s pledge is to do everything we can to deliver justice for the 29 men of Pike River, and answers to their families,” says Damien O’Connor. 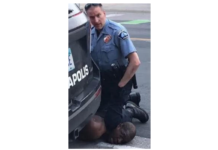