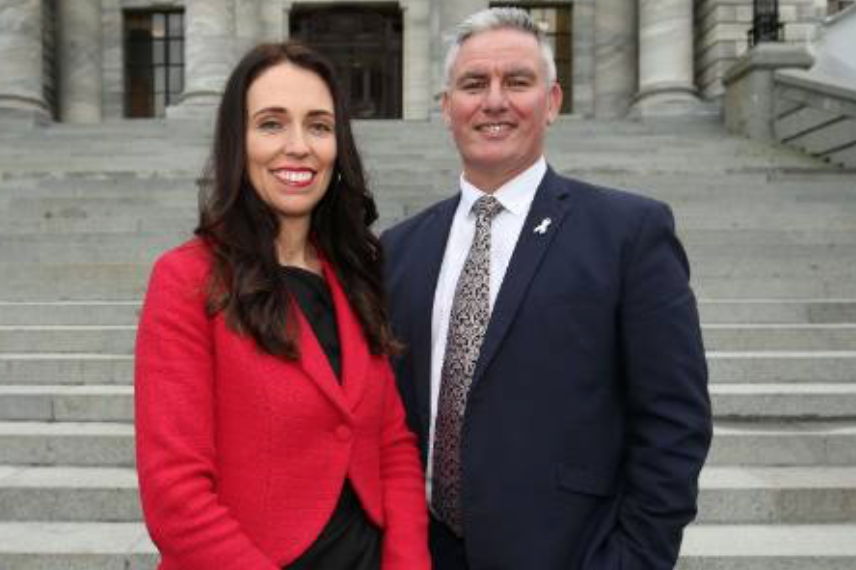 August 1 began a new chapter in Labour’s 101 year history: the sudden – though not wholly unexpected – appointment of Jacinda Ardern and Kelvin Davis as Leader and Deputy Leader, respectively, of the NZ Labour Party;

It marks an end to Andrew Little’s brief reign as Leader. Little’s decision to step down –  the mark of an honourable man who put Party before personal ambition.

Davis won the seat from Mana Movement leader, Hone Harawira in 2014, after a ‘stitch-up‘ deal between National, Labour, and NZ First;

The deal was organised to rid Parliament of the one true far-left political party, and it was executed with callous efficiency. Davis won the seat with 743 votes.

What is pertinent is a point that few people have realised – Kelvin Davis’ precarious position as Labour’s Deputy Leader.

At Number Two on the Labour Party list, Ms Ardern’s chances of returning to Parliament is  all but guaranteed.

The new Deputy Leader – Kelvin Davis – has no such guarantee. His “life boat” – a high placing on the Party List – does not exist.

On 21 March this year, Labour announced that’s its candidates for the seven Maori seats would not have a place on Labour’s Party List;

The decision to stand candidates in electorates-only was a strategic move by Labour. Labour wanted Maori voters to give their Electorate Vote to Labour candidates and not split their votes between Labour and the Maori Party. (At only 1.3% in the last election, the Maori Party was way below the  5% MMP threshold and the Party Vote was of secondary use to them. They needed to win an Electorate seat to gain representation in Parliament.)

This was a calculated plan to oust the Maori Party from Parliament using Labour’s Maori candidates in an “all-or-nothing” gambit. Interestingly, to this blogger’s knowledge, none of Labour’s pakeha candidates were asked to make a similar decision to stand in an Electorate only.

This “cunning plan” may have backfired if the recent accord between the Mana Movement and the Maori Party  allows Hone Harawira to regain Te Tai Tokerau;

In 2014, had Maori Party supporters given their electorate vote to Hone Harawira, Davis would have lost by a decisive 1,836 votes;

Labour could yet end up with another (deputy) leadership vacancy. Embarrassing.

On the positive side, if Andrew Little’s sacrifice for the greater good pays dividends on 23 September, it will signal the end of National’s current reign – and begin the slow unpicking of neo-liberalism. The times, they are a-changin’ and the winds against globalisation/neo-liberalism are gaining strength.

Labour’s up-coming announcement on tertiary education may put the ‘frighteners’ into the neo-libs if it is as bold as I hope it is.

Fairfax media:  Hone Harawira gets clear Te Tai Tokerau run for Mana not running against Maori Party in other seats

No Right Turn:  The big gamble

The Jackal:  Andrew Little is the devil

The Standard:  Ok, I’m pissed off with the Labour caucus again. Time to switch

The Standard: So NZ Labour wanted the Headlines.

The Standard: Greens and the Māori Party on the new Labour leaders

No More. The Left Falls.