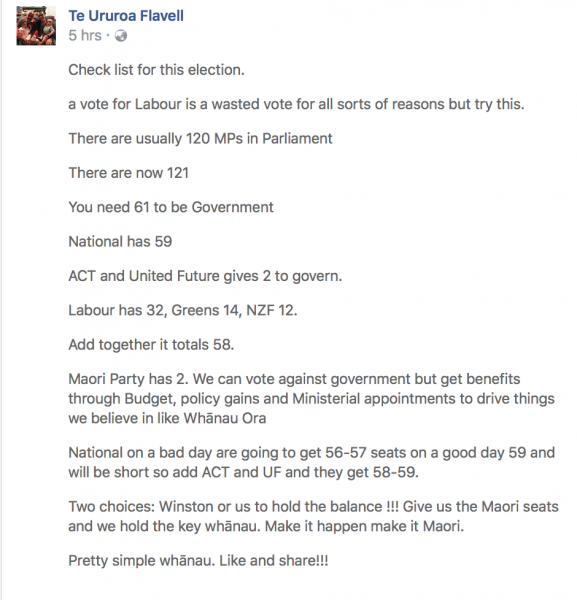 Here, the Minister of Māori Development makes a clear pitch for a Māori Party-National Government. So don’t believe the nonsense that they are interested in doing a deal with us. They want to do a deal with National despite all the terrible statistics that we see with Māori at the moment.

Record homelessness amongst Māori, cuts in education, health and family spending; and the MP for Waiariki, SO wants another deal with the Party who have created this crisis amongst our people.

Like Te Ururoa says, share this so that all Māori know that when you vote for the Māori Party, you are voting for another National Government, and do yourselves a favour in the Waiariki and vote Te Ururoa out. Give your vote to our man, Tamati Coffey for Waiariki in the Labour Party.