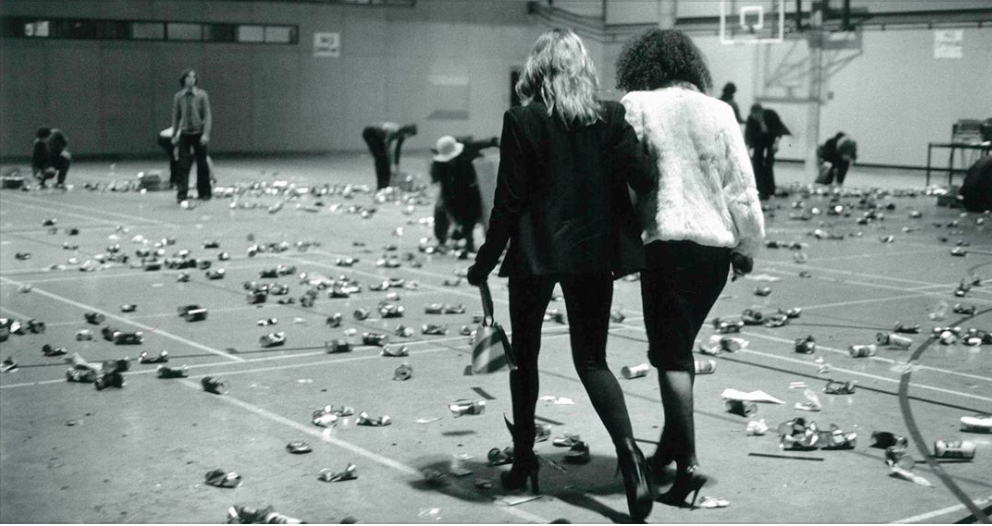 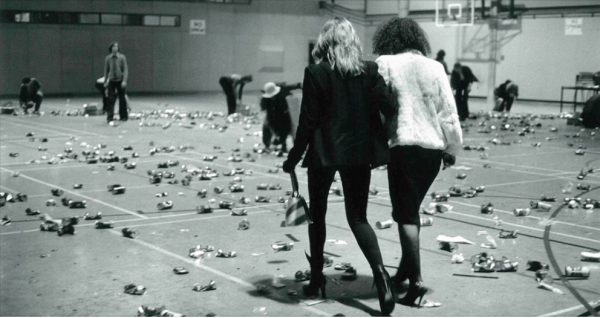 After the success of the 2016 Flash Cars show, Murray Cammick returns to Black Asterisk gallery with a selection of music images, AK•75-85. Once again Cammick is exhibiting limited edition, silver-gelatin prints derived directly from his negatives. Cammick has not strayed far from the Queen Street
of Flash Cars, as the music of the day revolved around inner city venues.

When Cammick co-founded the seminal music magazine RipItUp in 1977, he was not aware of how radical the changes in New Zealand music culture would be over the next decade. Foreign punk/new wave acts like The Ramones, Iggy Pop and Blondie visited and locals like The Suburban Reptiles, The
Scavengers and Toy Love put visceral energy into the scene. In a time of change, Cammick documented important cultural events such as Bob Marley’s 1979 visit to New Zealand and suburban cultural events like the Screaming Meemees playing in a packed North Shore hall. Seedy local venues were the place to worship raw music and Zwines and Mainstreet were where alienated youth gathered to enjoy the company of kindredsouls. Cammick’s camera captures the tribal audience and sweaty musicians who commanded the scene.

Cammick studied photography at Elam School of Fine Arts 1973 to 1975 with lecturers John B. Turner and Tom Hutchins who encouraged him to take socio-political photos for the student newspaper Craccum. Cammick took the first photos of the Flash Cars series at Elam and learnt a respect for the
documentary tradition. Reflecting on his work for the Capture blog, Cammick wrote: “I tried to document the music and the scene as a ‘fly-on-the-wall’ documentary photographer. You either
contribute to the myths/bullshit of rock n roll or you try and show some of the reality of the grind of touring and promotion … Shooting un-rock ‘n’ roll photos became something to aspire to, so I was pleased to get Iggy Pop in his clunky reading glasses laughing … I sneaked an earlier shot but he heard the camera and made it clear, ‘No photos in my pyjamas’.”

AK•75-85 shines a light on an exciting ten years of popular culture history – while our music scene was growing up in the backyard of Muldoon, the Springbok tour and anti-nuke protests and much other political turmoil, New Zealand was becoming firmly established on the international touring map. These 10 years saw an upheaval in popular music as rock music fragmented into punk, new wave, dance, reggae, disco and hip-hop – many music cultures. Cammick photographed the
changes that took place in New Zealand music as our local musicians embraced these years of change.

“For years I’ve regretted that I did not capture the beauty of Debbie Harry in my 1977 photos, but now I am starting to appreciate that they show a tired young woman who briefly leaves an international flight to do a day’s promo…Debbie Harry arrived from the USA at dawn – a day of interviews in Auckland, then on a plane to Melbourne for a TV interview that night. That’s life.”

This event page is for the opening event Tuesday August 1 at 6.30pm. The exhibition runs August 2 – August 22.