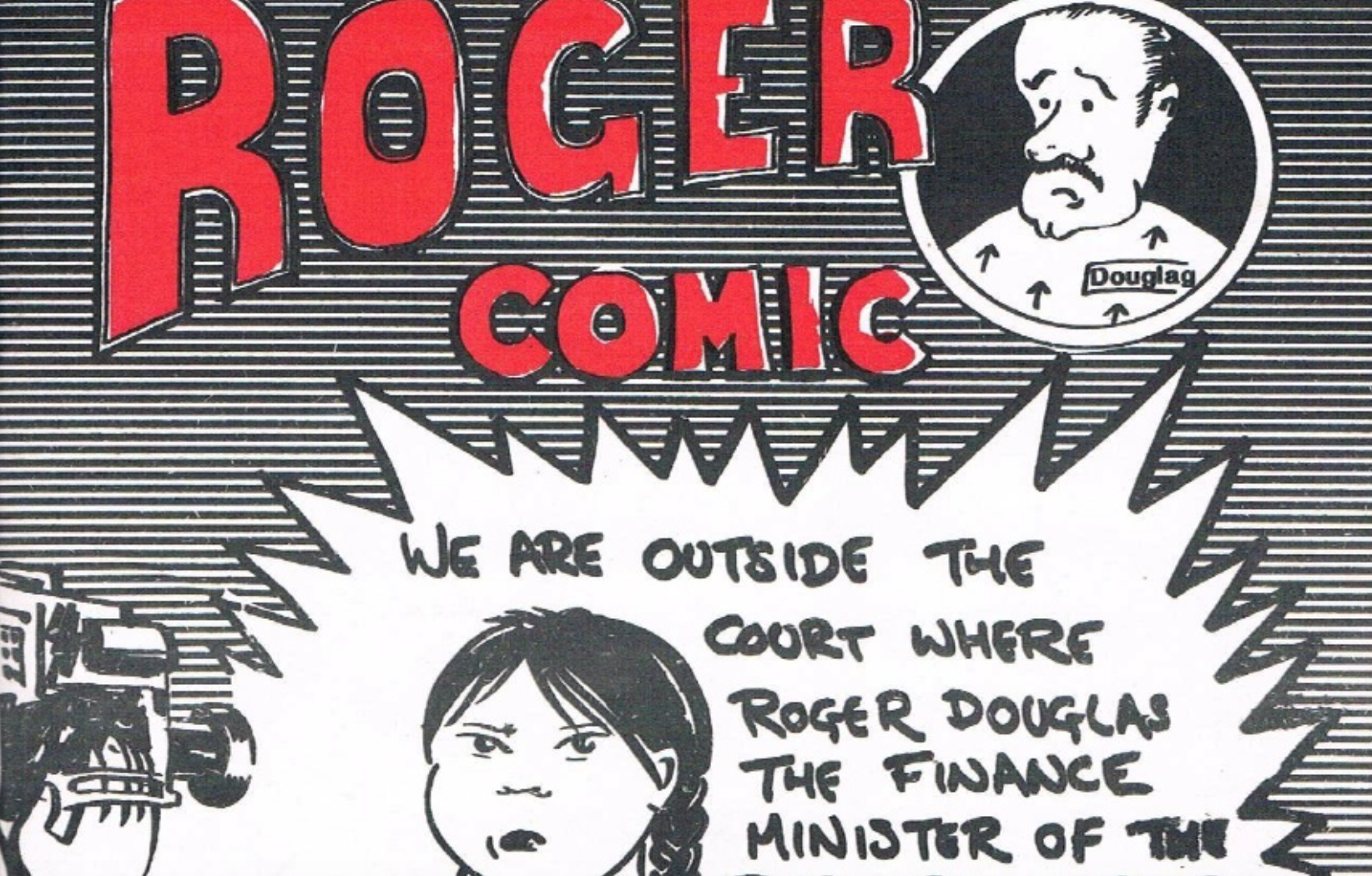 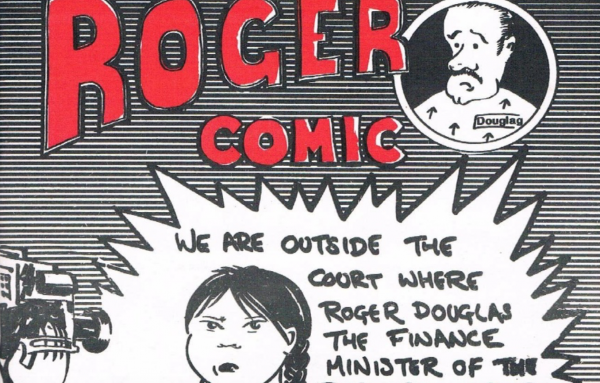 Rogercomic is a comic published by the Socialist Alliance in Aotearoa/New Zealand in 1986.

It was an alliance of most to the left of the Labour Party that was formed to fight Rogernomics, but which dissolved around 1989 with the formation of New Labour.

The Fourth Labour Government, elected in 1984 faced a threatened capital strike unless the Government balanced the budget and introduced neo-liberal reforms. Roger Douglas was the monetarist Minister of Finance under Prime Minister, David Lange, both of whom feature largely in this story as the perpetrator and enabler of the radical right-wing reforms introduced between 1984 and 1990.

Rogercomic is an alternative history which develops what might have happened in Aotearoa if a socialist revolution had come to power and put the leaders of the treacherous Labour Party on trial for their attacks on workers and oppressed in the service of national can international capitalism.

For those who think that history is bunk and the lessons of the past are passe, they may find that this comic teaches them something new about Aotearoa.

It may also help convince them that the parliamentary road is permanently blocked to all those who need and want a better society and that the alternative socialist future is both necessary and possible if we are to have any hope in the survival of the human, and many other, species.