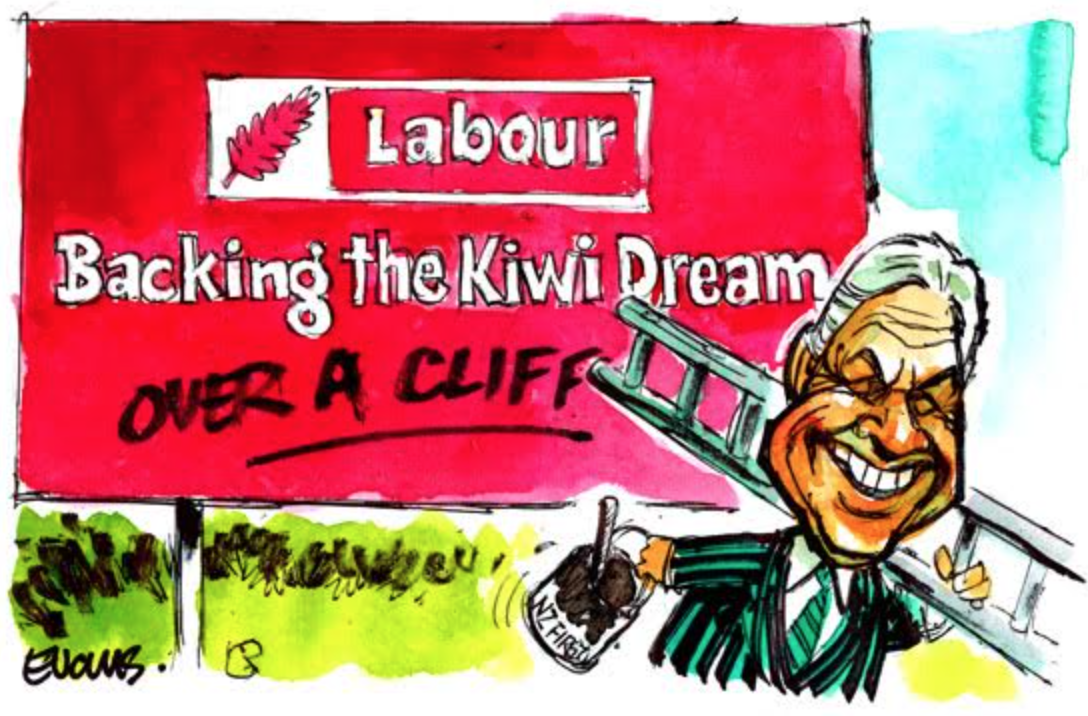 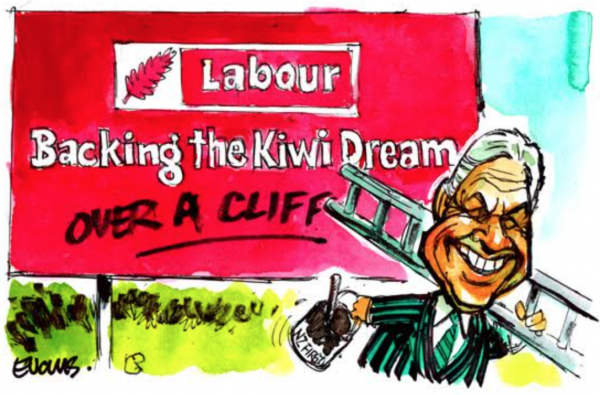 As we head into this year’s election NZ First has dangled the carrot of a binding referendum on whether the Māori seats should be abolished. Given it has been NZ First policy to abolish the seven Māori electorates for some time the position taken just over two months out from an election is not surprising.

What does not make sense though is the conflict between Winston Peters’ position on parliamentary sovereignty and representative government and his dependence on referenda as the basis for his decision making.

Winston Peters has always been clear that he supports the Westminster form of government and has been disparaging of any proposal that looks to incorporate recognition of the Treaty of Waitangi as a foundation stone or any system that addresses and recognises the status of Māori as New Zealand’s indigenous people.

In essence, this carrot is being dangled to appeal to a majority population in the hope that those who follow the fortunes of Hobson’s Pledge Trust, One NZ Foundation and 1Law4All will tick the NZ First box.

While Māori seats in Parliament were created to limit the influence of Māori male voters, today they exist because there is a need to ensure that the damage done to Māori since the establishment of that Westminster system has a vehicle that recognises our status as Māori. There is no other recognition available in our electoral system and Winston Peters is clearly not interested in any alternative.

And, as the 1986 Royal Commission on the Electoral System Report stated, referenda are “blunt and crude devices … that blur the lines of accountability and responsibility of Governments and political parties”. Reverting to referendum acknowledges that Parliament is not always sovereign. Referenda do not strengthen trust in democracy. The Brexit referendum is a good example of why Government by opinion polls is not positive. The result of Brexit – a major issue for Britain – meant that Britain’s place in Europe was messier not clearer. It pushed the nations and communities of Britain apart. It did not bring them together. And the repercussions continue.

Our sovereignty and that of Parliament is fundamental to our system of government and referenda are no substitute for the deliberative processes we have within the existing framework of our representative democracy.

And in the case of Māori seats, Winston Peters is choosing to use a tool that advantages the majority against a minority. There is no question that Māori have a significantly smaller voting bloc and that the majority population are unaffected by the proposal to abolish Māori seats and may see no reason to retain them. And yet that majority is likely to have the numbers to support this NZ First policy. Perhaps we haven’t yet seen the full detail of this proposal and Winston Peters intends that the referendum will be decided only by the 469,027 Maori enrolled voters – 55% of whom are on the Māori roll. It is Labour’s position that the Māori Electoral Option held every 5 years provides the proper process for Māori to determine when the time is right for the abolition of Māori electorate seats.

But we know that does meet the 2017 political strategy for NZ First. This announcement is about a political advantage for NZ First from their new found allies at the expense of Māori. A deliberate ploy to drive a wedge between the majority and Māori and undermine our position as tangata whenua. Using a referendum to execute a policy that seeks to abolish the only means of protecting Māori interests would remove the only system that protects Māori as the indigenous people from the devastating impact of majority politics that has been the experience of Māori since the Westminster system began.