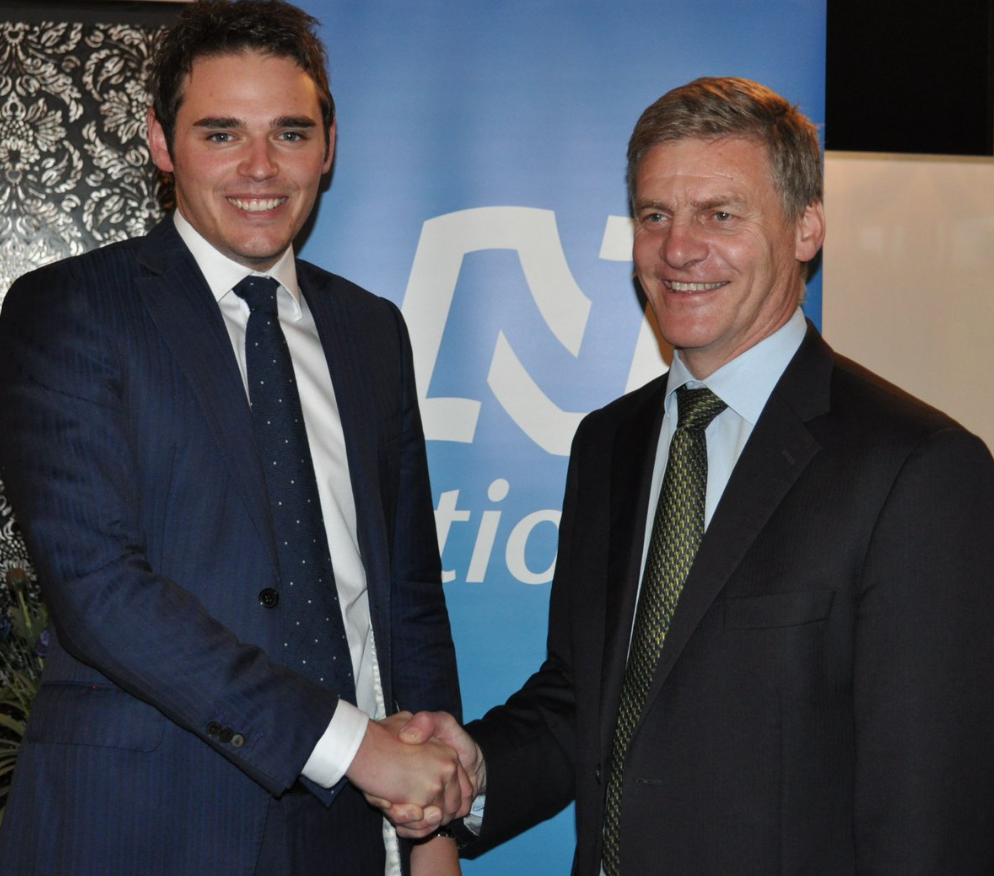 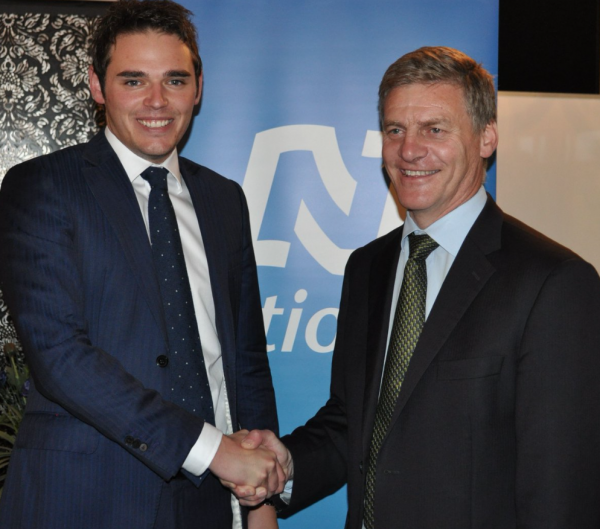 The extreme tactics being used by the National Party to get the media to keep Todd Barclay out of the headlines suggests the polling from David Farrar is in and the verdict is that the association is damaging to National.

Tracey Watkins opinion piece today charts the extraordinary lies, manipulations and power games being used privately to bully the media into keeping Todd Barclay out of the headlines…

anything goes is certainly how you would describe the extraordinary goings on in Southland this week after a local reporter, Rachael Kelly, tried to find out what local MP Todd Barclay had been up to since disappearing from public life last month.

Kelly and a local cameraman have been accused of intimidating and threatening behaviour, even of being physically aggressive.

And the allegations were made at the highest levels, from the Prime Minister’s office and Parliamentary Service.

Problem is, it’s not true.  A video shows what actually happened.

Kelly, accompanied by a cameraman, knocked on a door to Barclay’s Gore electorate office where a receptionist came to speak to them. Kelly is well known to the staff at the Gore office – Gore is her beat.

The pair were on the trail of a story that matters in their local community.

Barclay was forced to leave Parliament after police reopened an investigation into allegations he covertly recorded his electorate office staff.

But rather than go immediately Barclay is staying on till the election, meaning he is still collecting his $165,000 a year salary.

There has been something of a local backlash to the fact that Barclay has effectively gone to ground since then.

Kelly and her cameraman were in Barclay’s office barely more than a minute. After being told Barclay was not at work, and checking he hadn’t been there that week, the reporter said thank you and she and the cameraman left.

Watch it for yourself, at the top of this story, if you like.

Yet in conversations with South Island editor-in-chief, Joanna Norris, it was alleged Kelly and her cameraman “barged” into Barclay’s office and harassed and intimidated staff – even pursuing them to the back of the office, leaving the staff feeling threatened and under siege.

There was also a complaint about a [different] journalist shouting and abusing Barclay’s PR person over the phone.

Apparently he has one, even though it’s highly unusual for a backbencher to have their own media minder.

Stevenson also dropped the bombshell that police were now involved.

Both acknowledged after seeing the video it was not as they thought. They also defended their intervention as being out of concern for the welfare of staff, who have had to front for Barclay in his absence. But if it had not been for Stuff’s ability to produce video evidence, the allegations would probably have stuck.

And that is the big worry. Not that the allegations were untrue – but because the effect would have been to shut down more questions about what Barclay had been up to. It probably would have helped turn local sympathy in Barclay’s direction as well.

…Barclay lied for months about secretly taping a staff member, the Prime Minister first didn’t know anything, then did know something, then questioned if he any such tape even existed and then admitted to being asked to listen to the tape that never existed while National Party Board members bullied staff and made veiled threats.

Public funds have been secretly spent keeping this out of the Courts, Barclay whom we are still paying $3000 a week to isn’t at work and the Party are using menacing tactics to scare off the media.

For fucks sake, if you are still voting National after 9 years of this kind of abuse of power, then you are the problem. 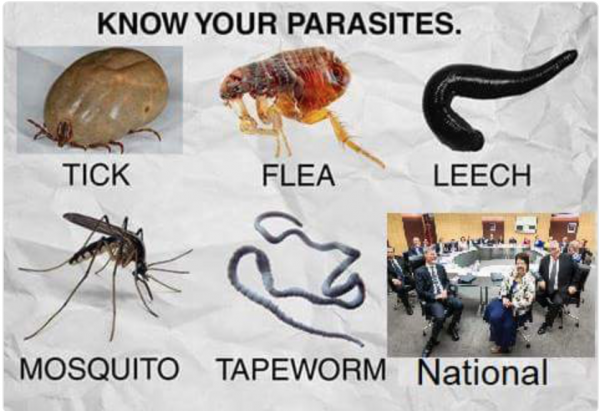