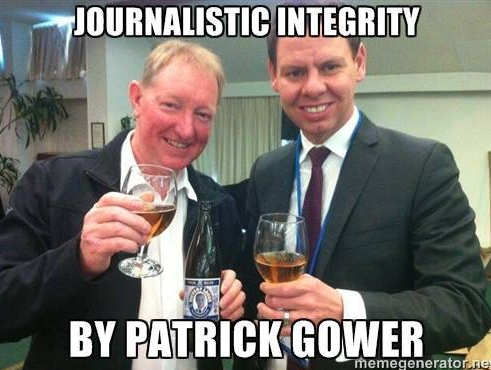 In July New Zealand’s opposition Labour/Greens has jumped 4.5% to 44% now just ahead of incumbent National on 43% (down 3.5%) following the scandal involving National MP Todd Barclay. However, in New Zealand’s September election the issues of Poverty, Housing and Homelessness and Inequality will be critical to the outcome.

…while the homicidal chipmunk of NZ news and current affairs, Patrick Gower, is holding up a leaked UMR poll to spell doom for Labour…

Newshub has been leaked poll results from the company that does Labour’s internal polling which show it is in big trouble, two-and-a-half months out from the election.

The results show Labour is on 26 percent support – crashing from 34 percent in May.

And New Zealand First, for the first time in three years of polling, is no longer the lowest rating party.

Winston Peters and co are on 14 percent – up 5 percent since May – just overtaking the Greens who are on 13 percent.

…last minute Labour vote collapses have occurred in the last 3 elections but the appeal of Jacinda, their strong ground game, the mood for change and Little’s performance in one on one debates will be the deciders for Labour’s final result.