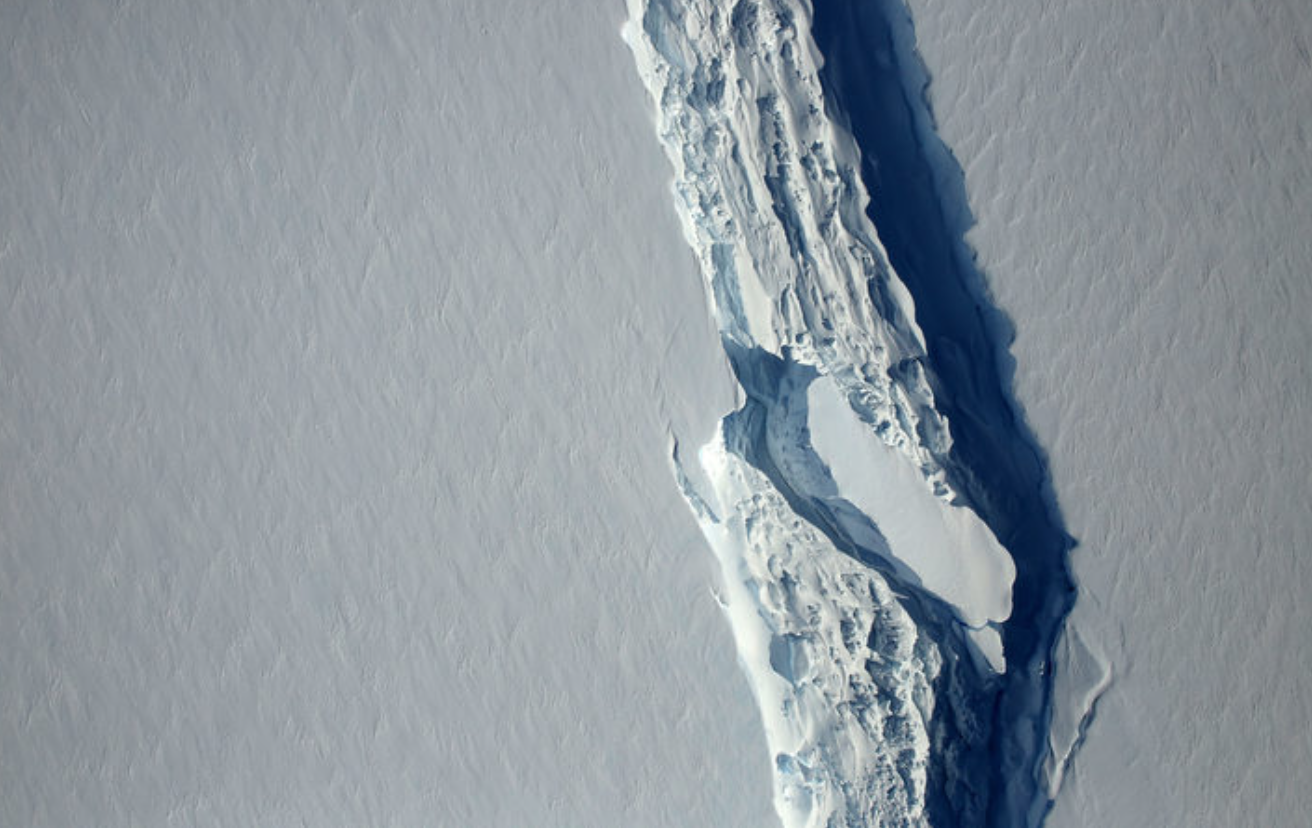 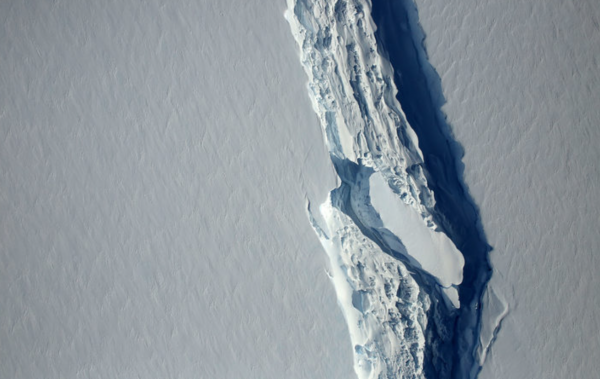 I woke up this morning to a Facebook message alerting me to the latest headline – something we have been waiting to happen for weeks.

Shortly afterwards I found at least half-a-dozen or more similar headlines from around the world.
To check I turned on the 7 am (primetime) RNZ news and nothing, despite the fact that the news had bee out for some hours.
Finally at 7.36 am this appeared on the RNZ website and it featured on the 8 am news, briefly and right at the end of the broadcast.

What I noticed was that they gave prominance to a Prof Helen Fricker, from the Scripps Institution of Oceanography who emphasised (and this could really have been their headline) that THIS IS NOTHING TO DO WITH CLIMATE CHANGE.

The thinning we saw for Larsen A and B – we’re not seeing. And we’re not seeing any evidence for large volumes of surface meltwater on the order of what you would need to hydro-fracture the ice shelf.
“Most glaciologists are not particularly alarmed by what’s going on at Larsen C, yet. It’s business as usual.”

I am perfectly aware of the fact that there is a controversy among scientists on this.
This is reflected in this article by Robertscrobbler, Antarctica’s 4th Largest Ice Shelf is About to Melt Back to its Smallest Area Ever Recorded
The point with this is that there indeed very important contrary voices such as glaciologist, Dr. Eric Rignot.
Under its broadcasting standards Radio NZ is supposed to reflect both sides of the argument. It has totally failed to do this and has only reported one side of the argument providing the false impression that it is business-as-usual when it comes to the Antarctic.
We are told that calving happens all the time, that this is “normal” – an in this regard I could hardly believe my ears when the Arctic was mentioned.
This was not verging on but has crossed the line into climate change denial propaganda.
Even the print media gave a more honest account that reflected the view that this is serious and reflects dangerous changes in the Antarctica

Monster iceberg splits off Antarctic Larsen C ice shelf
Glaciologist Professor Eric Rignot previously described the potential loss of the ice sheets, which make up the Antarctic continent, as being “like an eggshell that became too thin“.
“It’s not going to melt away. It’s going to fracture,” he said.
“It’s going to reach a limit beyond which it is not stable.”

Dr Martin O’Leary, a glaciologist who also worked as a part of the MIDAS team, said the shelf is now in a “very vulnerable position“.
“This is the furthest back that the ice front has been in recorded history,” he said.

Because it is so important  here are two videos made of one of the world’s most authoritative glaciologists, Dr. Erc Rignot.
Robin Westenra is an environmental activist who blogs at Seemorerocks