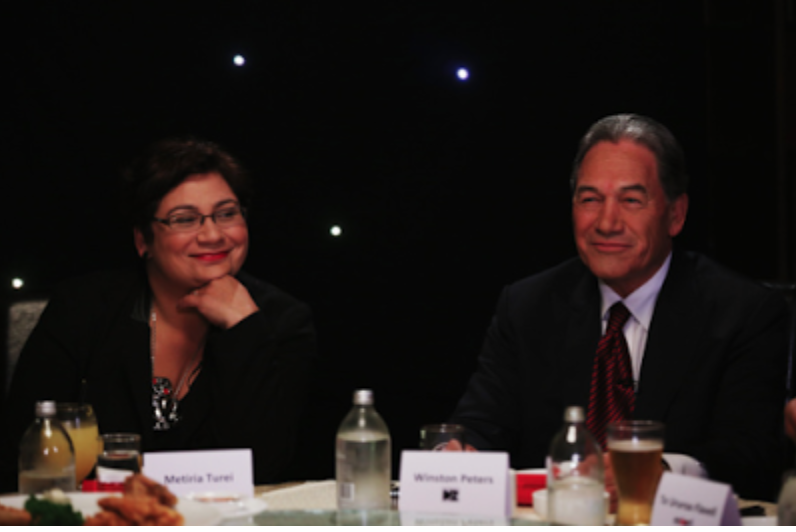 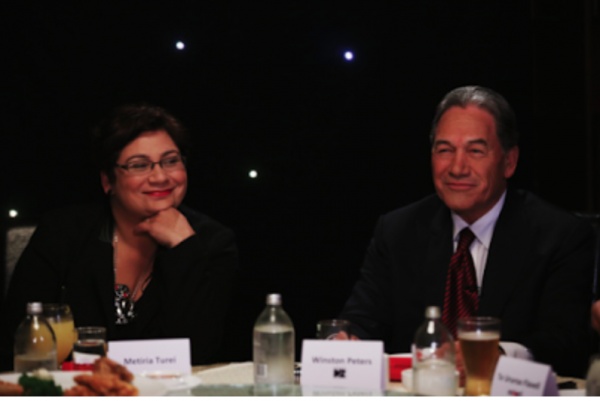 I’ve taken awhile off commenting on a .. certain area of New Zealand Politics for personal reasons; but looking at my newsfeed for the past 24 hours, it’s pretty clear a number of things need to be said about the Green Party’s recent comments on New Zealand First.

The first thing I’d like to acknowledge is that yup, some NZ First MPs and personnel have said some pretty stupid things in years past. I hardly need to re-run the particular incidences. No shortage of other people with particular agendas have already done so for me over the day.

But contrary to what some ultra-liberal folk would have you believe, it’s possible to have a conversation around immigration policy which focuses on what’s best for the country – whether environmentally or economically [and ideally both] – that *isn’t* basically just a Trojan Horse covering for some sort of racist dog-whistle.

Personally, I think James Shaw did a pretty good job of that last year when he broached the subject of putting the Green Party’s population policy [something that’s been in their manifesto-equivalent now for more than a decade, I believe] into practice with regard to immigration. [this makes a certain amount of sense – as unless you go down the whole Chinese One Child Policy route, the only actual hands-on control a government can exercise over population increase is through migration rates. Although obviously changing cultural priorities around reproduction and altering availability of both contraception and abortion can also have an impact]

But evidently, a sufficient number of Green Party folk disagreed with that assessment to mandate a somewhat embarrassing climb-down on that issue earlier this month. Embarrassing, I suggest, because the implication we got from Shaw’s repudiation statement was that basing policy on “data and numbers” rather than the optics of a situation was seen as being problematic – and if not actually racist itself, then at least pandering to same. It is arguably a worrying thing when “facts” wind up being deemed inconvenient and objectionable when it comes to policy-making.

As it happens, despite the much-vaunted walking-back of Shaw’s previous policy-statements, as far as I can tell the Green Party’s policy-document still makes reference to the exact same idea which some Greens activists [and others] decided had to be opposed at all costs. The only thing that appears to have changed is a removal of actual ‘hard targets’ from the policy in favour of a much more nebulous [the jargon would no doubt be ‘values-based’] approach.

I would therefore surmise that if the Green Party have a problem with New Zealand First on immigration, then they are being somewhat disingenuous if they refer to it as being a policy-issue rather than a rhetoric issue.

And further, that if they are going to take serious issue with potential coalition partners on grounds of racist or otherwise problematic rhetoric, then they should probably also take a long hard look at their preferred partners the Labour Party.

After all, let us remember that when New Zealand First was pushing for a register of foreign property-ownership in order to truly assess just what was being bought up and by whom to determine the scale of our problem – the Labour Party were bandying about a list of “Chinese-sounding surnames” acquired through dubious means in pursuit of churlish headlines.

It might, I suppose, be argued that New Zealand First has a longer and more problematic history of objectionable communications in this area than does Labour. And there is perhaps a certain amount of truth in that. Not least because when we think of the words “Labour” and “Abhorrent Statement About Chinese Immigration”, we are probably far more likely to recall that time Shane Jones decided to defend Bill Liu being granted citizenship against reams of official advice and strong concern from Interpol.

But to my mind, it is some of Turei’s other remarks that are most instructive when it comes to addeucing what the Greens are attempting to do here.

For you see, upon closer inspection this whole thing is not actually about racist rhetoric on the campaign trail. Even though I have no doubt that many Greens folk feel legitimately dismayed about the thought of “enabling” Winston Peters in government because they think that’s what they are thus implicitly supporting.

Rather, it is the Greens turning NZ First’s standard election positioning strategy on NZ First. With instead of NZ First’s customary signalling-lines about how the Greens or whomever are “dividing” New Zealand racially with extremist policies that can only be moderated or curtailed in a future government via a strong NZ First … well, the Greens are saying the exact mirror-image of this. Namely, that New Zealand First are allegedly practising, in Turei’s words “racist, divisive politics“, thus requiring New Zealanders to “strengthen [The Greens’] arm in the next government so they don’t have that type of influence“.

Like I said: the exact mirror-image of what Winston customarily says about them. With additional points for Turei’s subsequent line about “moderating [NZ First’s] worst excesses” if compelled into a governing arrangement with NZ First – as this is literally what NZ First supporters say when speaking in putative favour of a National-NZ First coalition. [I once referred to this as “buying yourself some electoral insurance”]

Will this work out successfully for them? I don’t think it especially likely. Anyone who was going to be (positively) motivated by such rhetoric is probably already voting for the Greens [or alternatively, has a radically different set of personal priorities, and is doing something weird like voting for ACT because they somehow think the destructive hand of the untrammelled market isn’t racially discriminatory or something].

And for the many, MANY hundreds of thousands of voters who actually rate immigration as an important issue, well they’re hardly likely to feel inspired to support the Greens as a result of this, now, are they.

Indeed, one prospective consequence is the exact opposite of what was hoped for by the Greens – New Zealand First picking up additional votes [and therefore a greater chance of being the dominant influence in a post-2017 Government].

Another rather more certain outcome, sadly, will be the National Party continuing to look strong, stable and ‘safe’ in comparison to the prospective nont-National-led three-way Government.

Not least because it’s rather plainly apparent to anybody who can count that the only way Labour and the Greens make it over the magic 61 seat threshold is with New Zealand First’s rather considerable help.

Perhaps, then, the Green Party have made a rational calculation about a Labour/Greens/NZF Government after the Election being rather unlikely [for whatever reason – there are several important prospective causations for why this might eventuate] and are instead attempting to play ‘the long game’ by continuing to build their own support [at the expense of several other parties] in order to have a stronger voice in some as-yet unconceived future Government in 2020, 2023 etc.

In any case – social media bubbles are not terribly reflective of the actual mood out there in the Electorate, but the strong majority of people who actually bother/care about such things as election-year political party spats do not necessarily appear to be on-side with the Greens about this one.

It will be interesting to see what effect this might have in the medium-long term.

Although I am taking some solace from the pointed refusal by either The Greens or New Zealand First to rule out working with the other party in Government after this year’s General Election.