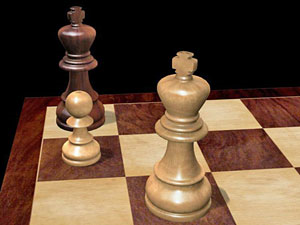 TWO BIG ANNOUNCEMENTS TODAY. The first came from the New Zealand Initiative and purported to be about improving our education system. The second came from the Supreme Court of New Zealand and had the effect of stopping the Ruataniwha Dam in its tracks. On the face of it these two announcements have nothing whatsoever in common. What links them, however, is the way in which both demonstrate how dramatically Kiwi neoliberalism’s room for manoeuvre has shrunk.

The New Zealand Initiative is the successor organisation to the Business Roundtable. Its 54 corporate members represent upwards of a quarter of the entire New Zealand economy. So, in spite of the fact that the new organisation is fronted by a cheery little German – Dr Oliver Hartwich – and notwithstanding its careful balancing of gender and ethnicity when pushing its research staff in front of the news media, the New Zealand Initiative remains, like its predecessor, at the point of Kiwi neoliberalism’s propaganda spear.

Their latest paper, entitled “Amplifying Excellence” represents itself as an attempt to rescue Maori and Pacific Island students from the professional failings of New Zealand’s teachers. Actually, it is nothing more than yet another attempt to breathe life into the long dormant issues of bulk-funding for schools and performance-based pay for teachers.

Those of us with grey hair will recall the bitter political battles waged over both of these propositions back in the 1990s – battles won decisively by the teacher unions. Not that outfits like the New Zealand Initiative allow such historical defeats to stand in their way. Like rust, neoliberalism never sleeps. If it cannot gain entry by the front door, it’s more than happy to go round the back. Unable to sell union-busting and privatisation directly, its ideologues are now wrapping them up in the National Party’s distraction du jour – “social investment”.

Except no one’s buying their product. Worse than that, the punters are getting seriously pissed-off with the neoliberal salesman’s refusal to take his foot out of their front door. Not being willing to take “No” for an answer might have been a viable tactic when neoliberalism was young and untried. After thirty years, however, its product range has been tested to destruction. No one’s buying anymore – not even when the same old shit is hidden inside new and colourful packaging.

The same question arises out of the Supreme Court’s judgement on the Ruataniwha Dam. For the neoliberal forces mustered against the market-thwarting challenges of environmentalism, the whole Ruataniwha project has become the Battle of Stalingrad. Its fanatical promoters long ago made the fatal mistake of allowing the massive irrigation scheme to become a symbol of the dairy industry’s necessary takeover of New Zealand’s waterways. It was a struggle they could not afford to lose. That winning might eventually require strong-arming the Department of Conservation into an unconscionable and illegal abrogation of its duty was not considered too high a price to pay.

The only way of rescuing the Ruataniwha Project now would require the Hawkes Bay Regional Council to invoke the powers of Public Works Act. The new members of the Council have already signalled that such a draconian move would be a bridge too far. They have enough on their hands already, attempting to explain why their predecessors spent $20 million of the ratepayers money on a dam when they didn’t even own the land it was supposed to be built on!

So, two announcements and two examples of just how restricted neoliberalism’s room for manoeuvre has become. As the Italian socialist, Antonio Gramsci, so eloquently put in in his famous “Prison Notebooks”: “The crisis consists precisely in the fact that the old is dying and the new cannot be born; in this interregnum a great variety of morbid symptoms appear.”

Certainly, when it comes to the presentation of “morbid symptoms”, the New Zealand Initiative and the promoters of dirty dairying are right there at the head of the pack.