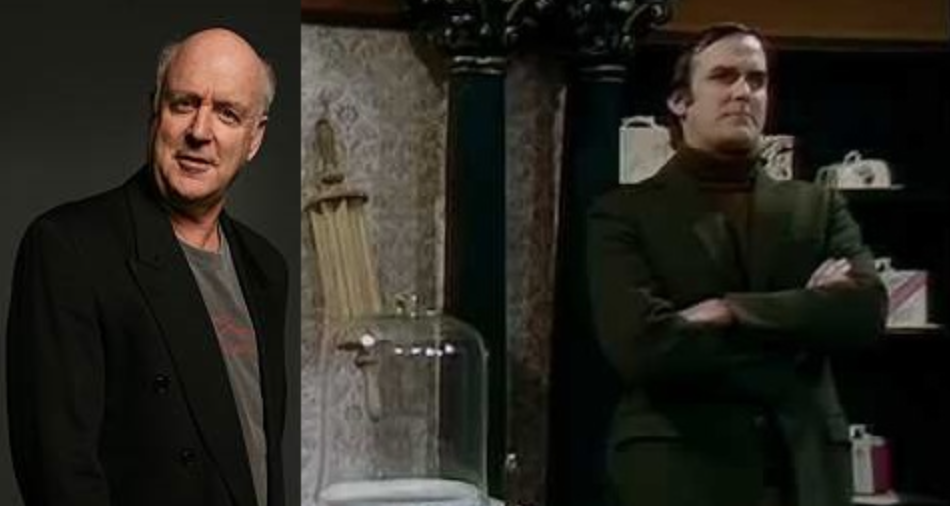 Following the recent announcement that Shane Jones would be a NZ First candidate for Whangarei in this years’ election, Jones appeared on TV3’s ‘The Nation‘. Interviewed by veteran broadcaster, Lisa Owen, Jones repeated Winston Peters’ mantra of not declaring which major party they preferred to coalesce with, post election;

Lisa Owen: So, in terms of forming a government, potentially forming a government after this election, the thing is Labour could probably come with the Greens, and you’ve said before it would be a long day in hell if you served under a Green government. Is that still your position?

Shane Jones: Well, the garrulous Aussie, Norman has gone. He’s where he belongs, in the Greenpeace. So, I don’t think you should treat historic statements as being static facts; that’s the first thing.

Lisa Owen: But Metiria’s still there. Metiria Turei was there when you made that comment, and she still is. I mean, she once described you as being sexist and said you were a 19th century man living in the 21st century. Would you be happy for her to be one of your bosses?

Shane Jones: Oh, well, I look forward to debating with her in the election, et cetera, and I don’t get too hung up about various rhetorical missiles that are flung around. But in terms of forming the next government—

Lisa Owen: So, you’ve mellowed about the Greens, have you?

Shane Jones: Oh, well, we must move on from the imperfect part of my career. We’re going into a new phase where there’s a lot more diligence; there’s a lot more focus, but the passion is still there. In relation to the formation of the next government—

Shane Jones: There’s one thing you can say about me, I was never doctrinaire or dogmatic. That is why, in many occasions, I parted company with the Labour party.

Lisa Owen: So you could work with the Greens in government?

Shane Jones: Well, I am pragmatic, but the reality is — first create the leverage by boosting the vote.

Lisa Owen: But you’re not ruling it out, then?

Shane Jones: No, all I’m saying is I’m going to win Whangarei, and I’m going to help Winston harvest votes up and down the country in nga hau e wha — the four winds — and then the wind that blows us into parliament is going to put the country on an entirely different course.

Which, because of NZ First’s continuing  bizarre policy of  refusing to make clear  their coalition preferences, reminded me of Monty Python’s cheese sketch. Adapted to our present circumstances, I present to you, The Cheesy Voting Sketch;

(A customer walks in the door.)

Owner: What can I do for you, mate?

C: Well, Well, I was sitting in the public library on Victoria Street just now, skimming through ‘Only their Purpose is Mad‘ by Bruce Jesson, and I suddenly remembered I needed to buy a few cans of the edible nutritious seed from certain domesticated and husbanded plants of the legume family, specifically from the genus Phaseolus vulgaris.

C: In a nutshell. And I thought to myself,  I curtailed my Jessoning activites, sallied forth, and infiltrated your place of purveyance to negotiate the vending of some legumis comestibles!

C: I want to buy some beans.

O: Oh, I thought you were complaining about the ‘Lorde‘  CD I was playing!

C: Oh, heaven forbid: I am one who delights in all manifestations of the screetching diva.

O: So she can go on playing, can she?

C: Most certainly! Now then, some beans please, my good man.

C: Well, eh, how about a little Red Kidney?

O: Sure, mate. Now, would you like Watties, Pams, imported Italian, or Trev’s Surprise?

O: Well, mate, it’s like this. You put your cash on the counter, I go out the back; grab half a dozen various cans at random; strip off  their labels, and you buy those.

C: But… how do I determine  the contents of those cans, my good man? They could practically be anything!

O: Correct, mate. They could indeed.

C: Prithee, good fellow, how does that benefit me?

O: Oh, it doesn’t, mate. You simply leave the choice up to me and it’s a total surprise to you when you get the cans home and open them up. They could be beans, peaches, sardines, jam, anchovies, marmalade, dog food, anything!

C: I’ve never heard of anything quite so ludicrous, dear chap. No one would be mad enough to  let you make such a choice on their behalf!

C: What do you mean,’especially politically’, my little bourgeois entrepreneur?

O: Well mate, people give their vote to New Zealand First. Winston then takes your vote and applies it to another party of his own choosing by picking the one he goes into coalition with. You don’t choose, Winston does.

C: I’ve never heard of anything so unlikely! How many people allow this?

C: And what about the remaining 90% of voters? How do they choose whether they prefer a National-led or Labour-led coalition?

O: Oh, they make their own minds up. They want to know what they’re getting. Bit boring really, if you ask me.

So, would you like to try Trev’s Surprise, mate?

C: No thank you,  I prefer to know what I’m getting.

(With a nod & apologies to Monty Python’s Flying Circus. I’m sure they’d understand.)

Winston Peters recycles pledge to “buy back state assets” – where have we heard that before?