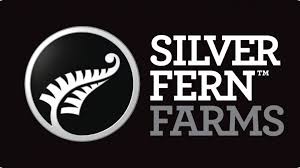 The tip line has been running hot on what is happening inside Silver Fern Farms.

The Chinese owned company has refused to make redundancy payments to a group of 25 Samoan workers who were amongst the 350 meat workers who lost their jobs when the Fairton plant near Ashburton closed a fortnight ago. The company claim the skilled workers, many of whom have been loyal employees for years, miss out on thousands of dollars because of a small change in the wording of their seasonal visa applications.

Unbeknown to the workers, who are Samoa based and employed under NZ’s seasonal employment ‘AIP’ program, SFF sneakily changed the official place of their employment this season from the Fairton works to “the South Island”. The meat company reckons that the vaguer wording renders the redundancy section of their union negotiated employment agreement null and void. Note, they never told the workers, never discussed it with the union and, to add insult to injury, have not even formally told the workers that they won’t be getting paid.

Many of them have returned home assuming that they would be treated the same as any other worker at Fairton. Few are even aware that the money they are expecting will not be turning up in their bank accounts. That sucks.

Silver Fern seem to think ‘out of sight, out of mind’ is a valid legal principle. It’s not.

This is a colonial era style rip off of vulnerable workers. It’s shameful, cynical and callous. It shouldn’t be allowed to stand unchallenged.

If Silver Fern Farms can’t treat migrant labour with respect, consumers with a conscience should avoid their tainted products when doing the weekly shop. And Immigration NZ, who have strict rules about companies who rip off migrant workers, should simply refuse to allow them to bring labour in from overseas in the future.