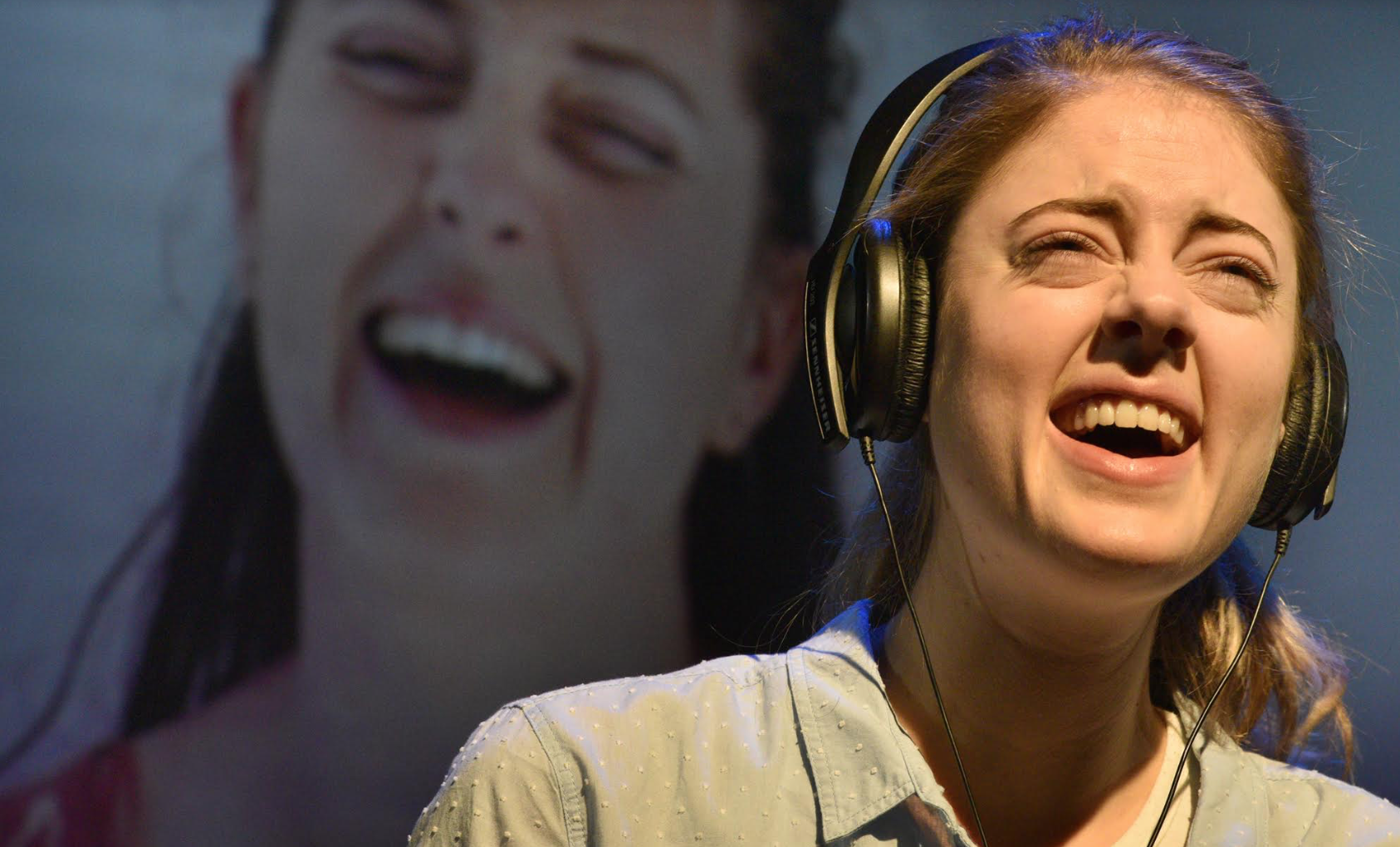 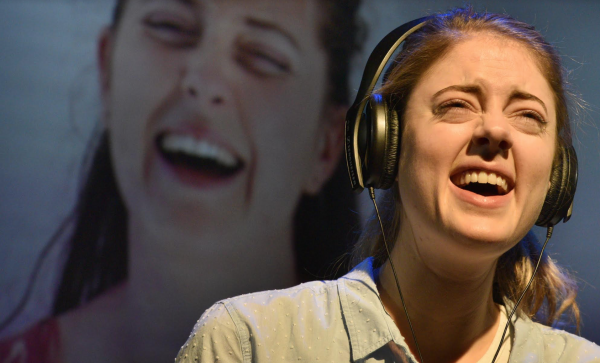 The Q theatre loft houses it appropriately, as it has a minimalist set:  Three microphones and one projection screen and one performer.  Karin McCracken holds the stage like a wizard.  Clean, careful, nurturing, no I mean really very nurturing of the audience.  Precise. Reliable. Friendly.

The subject matter on the other hand is about an experience with what is close to the opposite of all these things.  Messy incoherence /drunkenness / messy boundaries, careless unkind and you get the point.

When a violence case gets brought into a legal context, it has this effect of tidying up the facts, collecting them, forensically examining them.  The clinical manner in which the people involved talk about bodies, relationships and intent, becomes a particular kind of theatrical show.  We’ve seen it on and off screen.  It has those dynamic attributes of event and epiphany I’m sure in the real legal world, but there is just more information too.  There is more stuff to wade through than is ever used in a tv show, so much more, and there is more legal matter, the business if you like of legality, the formula and the paperwork and the t crossing. Some shuffling, some adjourning. And then you have the legal personnel. And their bodies in the courtroom, their relationships and their intent.

Turning a court case into theatre is no mean feat. I was thoroughly impressed with the simple business in Jane Doe, of clever functional theatrical timing.  It meant the play was intriguing, moving, delicately profound and very much advantageous to the causes it pertains to uphold.

The dialogue and phrasing is like the set, minimalistic, and the court drama plays out like a subplot to the series of interview, and the inclusive sharing of details voiced by McCraken in a simulacra against their projected faces.  McCracken carries the crowd with a self-assuredness that enables her roles as narrator, and as the everywoman, -Jane Doe, both victimized and typified in the violence acted out against her.  The audience are buoyed along in the journey of this play with an emotional allowance that is credit to the teamwork evident in the passage from script to stage.  It is softly powerful.

This is a short review.  I don’t feel the need to wax on, or give any spoilers, I think you should take the opportunity to see it.  Maybe not for a first date.  But for a brilliant opportunity to open a discussion with those close to you about some simple right and wrong.  Also for the catharsis of allowing theatre to speak for you, for those who wish to see all the wrongs righted.  And just quietly it’s an incendiary play, that should stay firmly in the canon of theatre quite despite (as well as as well as) its timely themes.

The playwright is Eleanor Bishop and Jane Doe has been selected as well as Julia Croft’s Power Ballad (see my previous review) to go to the Edinburgh Festival.

Julia Croft’s other work ‘If there’s no dancing at the revolution I’m not coming’ also runs at the Basement until the 17th of June.

Your support of these three plays will aid in fundraising to get them over there to Edinburgh.  And in publicity material I have read that Julia Croft and Eleanor Bishop intend to join forces and create a work together! I would love to see the work that comes from that union of minds.  Here we have a small storm of women practitioners in theatre making autonomous provocative exciting work.  Zanetti productions are on a roll.   Go and see these shows.

Jane Doe runs until June 17 at the Q Theatre Loft.