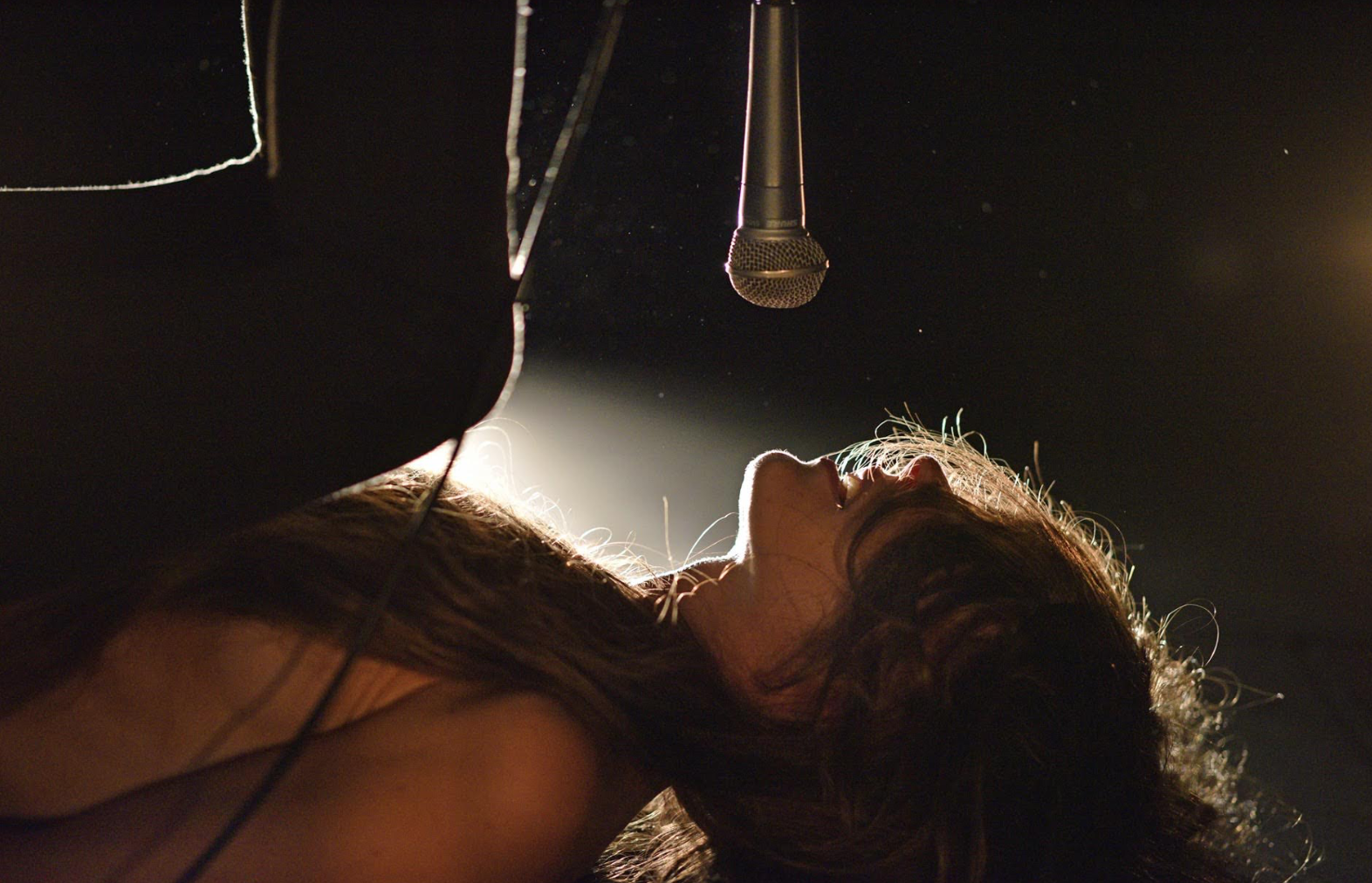 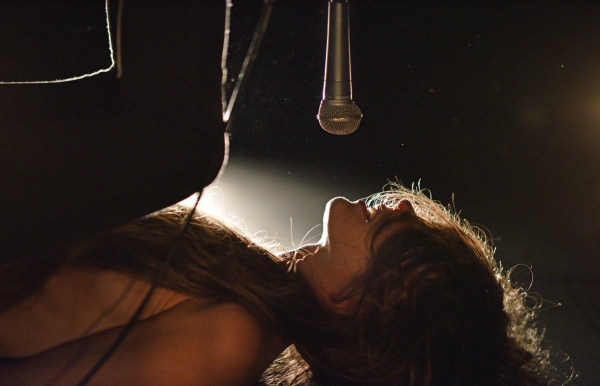 Amazing the worldwide wave of bare breasted women shouting, in the last few years.  Just the same day, I am writing this, (with a sense of urgency because I had to do mothering and shopping for wood first, the entire time with Julia Croft’s performance in my mind, requesting persistently, write about me,  write about me… ),  I am now writing about her, but on my screen are the images of the nude screaming protesting women  in Argentina. 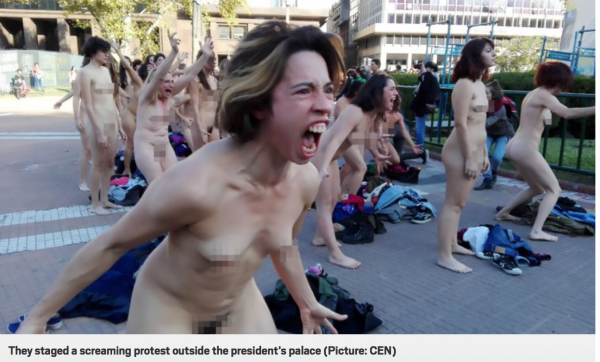 in 2016 we saw naked protesting women, using their voices, writing on their bodies, being arrested and posing with mirrors…

In Algiers, this extraordinary video, follows the women who have stripped off clothes and protested all the way to discussions…  in one take!

In France, India, Russia, Mexico, women are taking off their shirts and writing on their bodies and protesting.

We as an international collective of people on the net have been writing and reading about why and whether this is a good idea.  I am reminded of discussions about feminists versus feminists in the how one should be a feminist genre.  Paglia’s recent mean reproach for Madonna comes to mind. How are we as a body? How do we do with or without a penis, with or without a microphone? How are we doing?

You know something that is pressing with me right now this year, is non-linear narrative.  Which is quite a different thing from deconstructed language or post structural use of language, or for that matter post structural theatre.

But there is one thing they have in common, they never completely deny narrative.  They put responsibility for interpretation in the minds of the beholder, they offer you only a glimpse of something, they juxtapose like clashing fractious jarring coincidence, but you cannot make a show and presume that the language of your show is the finite end to it.

Post structural language is poetic in this way.  It is refractive in the associative processing of its audience.

But beyond that there is a common ground again, so post structural language operates way out beyond the stage in the social milieu of its audience in what they know and what they share.  Totally random words operate with uncanny resemblance to words that are not random, and the use of a new language then forges narrative journeys for the audience that will not be all the same. Yet the similarities may be profound, they will undoubtedly relate to the key points in the performance that are highlighted possibly by way of their being recognizable outside of the show, and we are of course talking then about zeitgeist.

I am not certain that Julia’s show fulfills cognizantly this nature of a post structural (ant-structural) work.  It has all the ingredients that I should find very pleasing!  Having myself made performance art, noise poetry, a solo show that included deconstructed language, (I made the mistake of greeting a lot of punters afterwards – a chain of vaguely reprimanding comments such as “you should have made it more clear what you were trying to say”). what I am saying here is that this kind of work is out to win my heart, because it encompasses all these things I care very much about, however, I felt that if the entire show was slowed to half speed, I think it would do a better job of winning me over.

The lights down, and up.  A woman in a very long wig and tight jeans dances topless with a microphone.  The microphone is phallic, but the dance is more pragmatic than sensual.    Julia’s body is very athletic, so the way the light contours over her back when she crouches is a particular tenor of display, it’s beautiful, but the glimpse of a beauty in that moment proves hopeful thinking on my part, as the show develops, as I see it, with the potential for authenticity on stage repeatedly disadvantaged by way of purposefully clumsy comic theatrical nuances that distance the persona from narrative, and the audience /persona relationship.

We each have our finite body, and we are together a body, we create individually a body of work, and it becomes part of a certain body of work.  The body is at large in power ballad, and the cohesive voice gagged unwelcomingly.

The wide-open mouth which you see in the poster for the show with a microphone stuffed in it is a repeated gestus, either fetishizing, or victimizing or both and the sign outside the theatre warns us of nudity and sexual violence, but in an abstract show, -that leaves us throughout the entire one hour wondering, – which bit is the violence?

I did have the thought during the show that the sexual violence was being committed against us the audience.  A decision to push for longer uncomfortable jarring sounds like the, well-amplified scratching of the microphone in hair for example, the writing on concrete with the microphone, and the constant use of said wide open mouth technique, alongside vignettes that summon other characters: Different gendered characters created included a deep voiced character who morphed to become a kind of Sid Vicious type of microphone scream/shouting  “Fuck the Patriarchy Fuck the Patriarchy…”   repeatedly and loudly.  Of course, Sid Vicious really was fucked by the patriarchy, which us leads us back to that question of what is useful in protest, when the audience is the patriarchy you’re protesting against…    Because that is going to create a certain lens through which your protest is viewed.

There’s a place for repetition.  If you’re Laurie Anderson, or John Giorno, that place was in SOHO in the 1970’s or if you have that authentic sense of holding the net very wide to contain the ontological processes of a greater thing than the work you’re doing for your audience.  If you just repeat something over and over, because it’s a post structural thing to do, you’re kind of doing it the wrong way.  I am really dissecting now to get at the heart.

The (longish) interludes of cheesy 80’s style karaoke music clinched the deal for me. I believe a stronger investment in authenticity in every moment, in articulation physically and in theatrical language could bring it through the veil into a place that exists for the audience rather than just in front of it.  Yes, I said authenticity, because with the goofy comic element, which sits wrongly in an interesting way I agree, – but it distances from the several characters we are introduced to.  It seems to me as though Julia is mocking each one.

By way of narrative we have a structure of the vignettes, I’ve called them characters, Freudian aspects of the one, if you like, but they are all we have, so when it seems that the performer as auteur has no respect for any of those characters to fully inhabit them with her presence on stage but deadens the edges of those –people, by making them artifice, I think, there’s no room to be shy here.  I think with the shirt being off (if nothing else, and there’s a debate) reads as ‘no holds barred’, but still there was a reticence. This is a very precise critique I have found my way to!  To put concisely the critique, is for me to say I believe with more realism in the heart of an abstracted show, it would carry better as an abstracted show.

The overall effect, trying to read it now as an aural / visual musical score…  is one of victimization.  Again, through different lenses I am left strongly considering how people view victims of sexual violence.  This is a strong theme. And victims of patriarchal violence are silenced by static symbolism, and non-refractive language.  It’s the missing vital signs of critical thinking that makes that happen.

I am glad it has had a good reception, and I beg you audiences if you haven’t seen it yet to go and see it you may agree or disagree with me or it and if you are at all interested in word performance or language poetry (there are a few words in it), in women, or in spoken word or noise poetry then you should see this show.  This is Julia’s contribution to the discourse.  It’s a protest play, it’s brave and awkward and disturbing, I left feeling angered and uncomfortable, and these are of course, valid results when creating an ontological encounter with and between women gender and patriarchy.

Power Ballad runs from the 6th till the 17th of June at the Basement theatre at 6.30 pm.