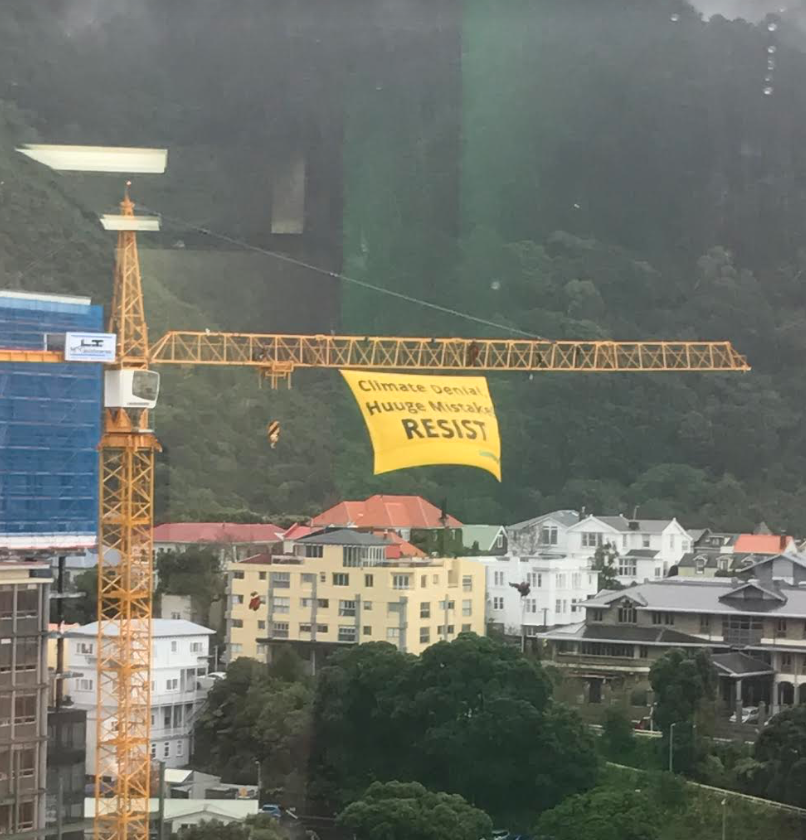 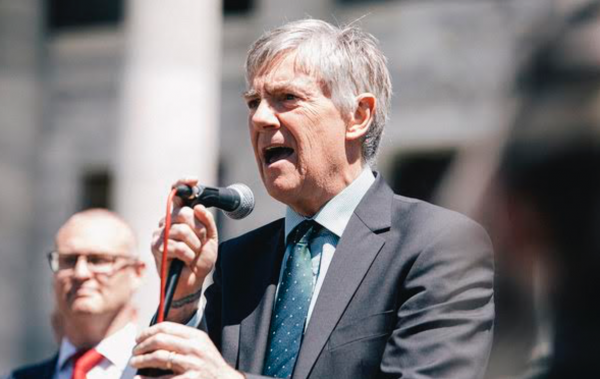 U.S. President Donald Trump said he represented “the citizens of Pittsburgh, not Paris” when he announced the US would withdraw from the historic climate agreement signed in the French capital. But some of the citizens disagree. Bill Peduto, the mayor of Pittsburgh, said he was “personally offended” by Trump’s remarks. Peduto said Trump’s speechwriter used Pittsburgh as a stereotype of a “dirty old town that relies on big coal and big steel to survive.” He said Trump’s reference “completely ignores the sacrifices that we made over 30 years … to clean our air and clean our water.”

Condemnation of the US withdrawal from the Paris Agreement has been swift and broad. Around 1000 mayors, businesses, investors and academics signed a pledge to reduce emissions in support of the Paris Agreement. Their “We Are Still In” statement emphasised the economic benefits of the clean economy, which are projected to generate far more jobs than the polluting fossil-fuelled economy it is replacing.

World leaders have lined up to criticise Trump and reaffirm their commitment to the Paris Agreement. As Greenpeace International said: “Almost 200 countries committed to climate action in Paris and only one has decided to withdraw. This is how far out of step Trump is with the rest of the world.”

New Zealand might have been a country of choice for the visit of Rex Tillerson, former CEO of ExxonMobil and now US Secretary of State. Perhaps he realised that he wouldn’t face a principled and concerned response from Bill English – and get a breather after the barrage of criticism from world leaders. 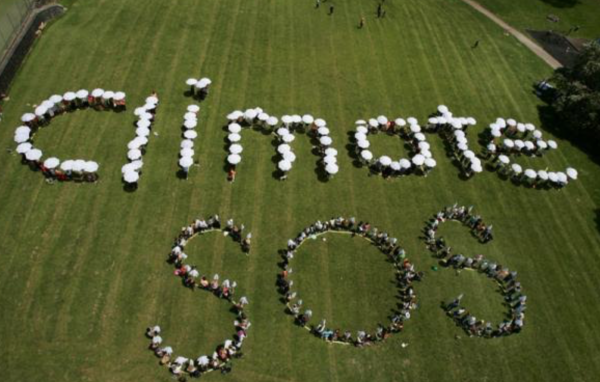 Bill might even have shared some solidarity over our failings on climate change – after all, we emit almost as much greenhouse gas pollution as the US per capita, and our emissions have risen by 20% under this government. We might still be in the Paris Agreement but the government hasn’t done anything to reduce emissions.

We’ll probably never find out what happened when they met, but my guess is that it wasn’t climate change that Bill pushed. Instead, I suspect that he made yet another desperate plea for a trade and investment deal – the TPPA or one just like it, despite all the evidence that we stand to lose far more than we gain.

Could there be a silver lining in Trump’s rejection of the Paris Agreement? Business has said they will now step up since there is no longer any hope that government would show leadership. This was followed by Elon Musk, founder of Tesla, pulling out of Trump’s Economic Advisory Group (what he was doing there anyway?), and full page adverts in major newspapers by 25 large US corporates. But business actions need to be backed by government regulation to create the incentives for responsible practices and to penalise the free riders.

Civil society is also mobilising and activists are mobilising to seize the opportunity. At last there is a deeply offensive target and outrageous behaviour to protest against, instead of the smooth lies and hypocrisy that have been covered over for years by clever PR strategies funded by ExxonMobil and the fossil fuel lobbies.

The silver lining, if there is one, comes from this exposure of political reality. The nest of right wing, fundamentalist, science-denying, fossil-fuelled, Tea Party Republicans have got their way. Trump’s rejection of climate action could ignite a powerful movement in response.

Such a movement is essential to usher in the fundamental changes that are needed. We marched for climate agreements on Copenhagen and Paris with signs that read “change the system, not the climate” but we didn’t get the ambitious and binding targets, the equitable and just transition, or the action to reduce emissions. This week’s rejection by Trump will give ammunition to the legal cases that rest on the government’s failure to act responsibly, protesters and direct citizen action. It could also engage a huge public movement behind an assertion of humanity, sense and respect for our planet. 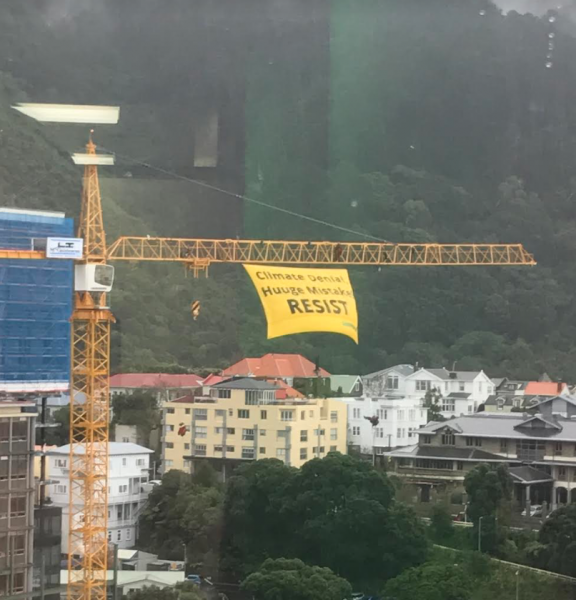 Yesterday a Greenpeace banner flew from a large cranes over Parliament grounds saying: “Climate Denial, Huuge Mistake! RESIST”. And just afterwards a protest organised by 350.org rallied in Parliament grounds in support of the Paris Agreement, bringing NGOs and campaigns together around a common platform, and the Greens confronted the government in Parliament during Question Time.

We need a powerful civil society movement for climate action in New Zealand. It started in the run-up to Paris negotiations in December 2015, when thousands marched. We now need that movement to be re-kindled, to grow, and to join with the movement against the TPPA and the movements for social justice. Naomi Klein was right – climate change changes everything.

Everything includes political change. Deep reductions in New Zealand’s emissions are inconceivable while this government is in power. We need to change the government. It is less than 100 days until the polls open for the election. This is our opportunity to forge a new direction for climate action.

Barry Coates is a Green Party MP. He started campaigning for climate action in 1992.