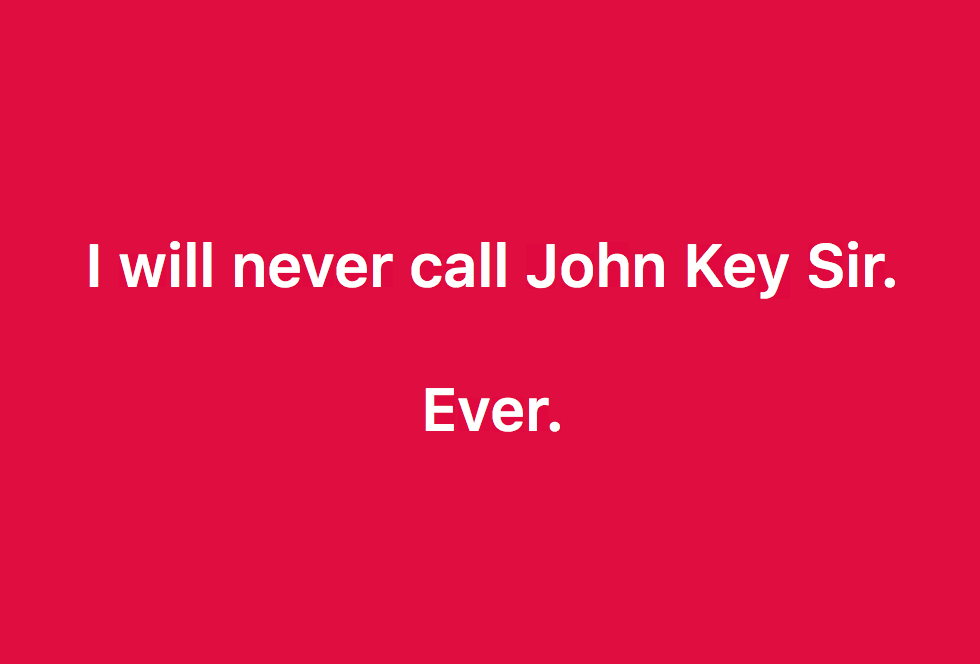 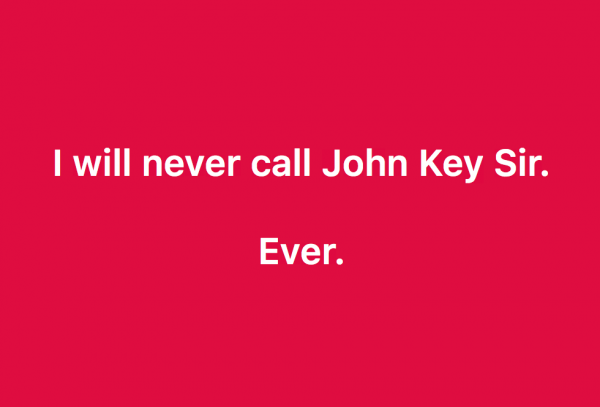 The Herald is reporting that John Key will receive a knighthood this weekend..

I will never, ever call John Key Sir for these reasons…

This vacant optimism merchant banker whose laid back persona struck a chord with middle NZs anti-intellectualism made this country far worse for the poorest and most vulnerable amongst us.

I will never, ever call this smug prick Sir.