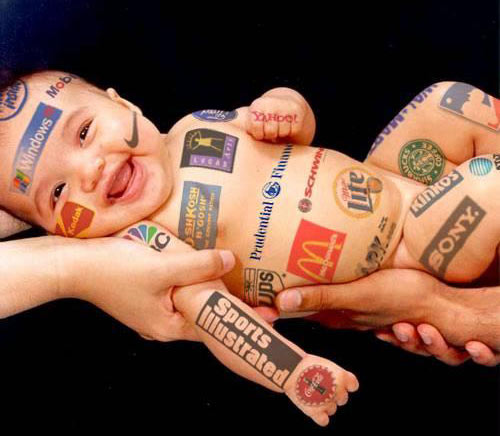 We are no longer citizens with rights, we are consumers with choices

I challenge you to stare the horror of the neoliberal welfare state in the face and recognise it for the abomination that it has become and to demand radical change within our public services.

Before the neoliberal revolution of 1984,  NZs public services and massive welfare departments were the foundations of the egalitarianism that made New Zealand special. These agencies were funded and empowered to genuinely give a damn about the welfare of the citizens they were responsible for.

These agencies were built up post Second World War 2 when Governments acknowledged and understood that the inequalities within capitalism would always make the promise of democracy empty and open to the extremes of communism and fascism. These agencies were essential to help knit the democratic society together so that all could share in the fruits of civil society.

That dramatically changed in NZ when the neoliberal economic, cultural and political revolution erupted in 1984.

These welfare agencies that were the very foundations of the egalitarian democracy we cherished were mutated from the noble aims of caring for the poor into a neoliberal welfare state whose role is not to give a damn about the most vulnerable they are tasked with helping.

For the last 35 years, these once great public services have become a cruel joke, a stick with which to beat anyone unfortunate enough to fall down the cliff.

More than half of all beneficiaries now owe Work and Income money, and their debts have increased in every region over the last year.

…most beneficiaries will die before they ever pay that debt off.

Here is an 18month old child living in deplorable shelters…

She’s trusting; exchanging her toy broom, made of sticks, for a stranger’s hand to toddle off down the bloodstained hallway of a south Auckland lodge for the down and out.

There are six prams in that hallway, more in others. Julia’s not the only child sharing a bed with her parents in what is essentially a halfway house.

A young rape victim who became pregnant to her attacker had her benefit docked by Work and Income New Zealand (WINZ) – because she refused to name the father of her child.

But after a lengthy battle, the government agency has finally admitted it got it wrong.

The woman – known only as Laura for privacy reasons – had the money deducted even though the law provides an exemption to the sanction if the child is born of sexual assault or incest.

The details of Laura’s first pregnancy don’t make for a pretty picture.

She wanted to erase that memory and the culprit’s name with it.

“I don’t want to put that person on my son’s birth certificate cause I don’t want him to be known as a product of rape,” she says.

But because she wouldn’t name the father WINZ started cutting her benefit by $22 a week, rising to $28 a week.

The deductions lasted about two-and-a-half years.

…these 3 examples join hundreds of others that highlight a public service staffed by sadists who enjoy the petty power they have over the lives of others. These aren’t just policy failings, these are staff culture failures. There are debt collectors and repo agents who are employed on  the front lines of WINZ – these are not the type of human beings you want to be involved in the delicate vulnerabilities of those in need.

If Labour become the backbone of the next Government, they must be focused on purging the Public Service of these types of staff and must empower NGOs with the ability to critique and criticise these Public Service monoliths who are damaging the lives of so many.

The problem with hoping Labour will actually stand up for the weakest members of our society who are forced to put up with the cruelties of the neoliberal welfare  is Labour’s total subservience to the PSA Union.

This gutless spinelessness from Labour is the reason no reform is coming.

As well as the ongoing abuse to beneficiaries, prisoners and the most vulnerable, our Public Service are guilty of historic abuse that the Government are covering up…

The Human Rights Commission is calling for the government to hold an inquiry and apologise for abuse and neglect in state institutions.

Edwards told a Parliamentary committee today that there were a number of problems in how the Anti-Money Laundering and Countering Financing of Terrorism Amendment Bill proposed to control information sharing between government agencies and departments.

One new section in the legislation states that in the absence of regulations, information sharing can be authorised by a written agreement between agencies.

A high-ranking public servant is stepping aside following a review into a Ministry of Social Development blunder involving client information in a controversial information-sharing programme.

The review was into an April incident in which one organisation was able to access an organisation’s folder on a new IT system for social services providers to share personal client data with the Government.

Neoliberal mythology needs to explain the grotesque inequalities free market capitalism creates, and it explains that by telling individuals that there are no hegemonic structures of power, no class, no racism, no sexism – there is just the individual and that if you as an individual do well in life then you deserve that but if you do badly in life you also choose that.

Our neoliberal welfare agencies are there to make life so difficult for beneficiaries that they ‘choose’ not be in need or end up punishing those who do need help.

35 years on from the economic, political and cultural neoliberal revolution our suicide rates are possibly 3 times higher than officials admit, quarter of a million kids live in poverty and we have a prison population higher than at any other time in history.

Something has to snap.