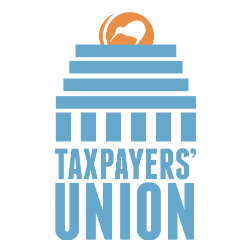 Ouch, what a bad day at the office. After claiming the Taxpayer’s Union had posted white feathers to councillors in a weirdly un-fact checked allegation by blue-green hipster blog,  The Spinoff, they’ve had to issue a full retraction and grovelling apology to David Farrar and Jordan Williams…

The full retraction and apology by the Spinoff, relating to allegations that were totally false and defamatory, contained in an article by Simon Wilson, and published on the Spinoff website morning, is welcome.

The Spinoff has accepted that the Taxpayers’ Union (including its affiliate the Auckland Ratepayers’ Alliance) and the three people named in the original article had no role in the distribution of feathers. The Spinoff has apologised for making the allegation and rewritten the article.

We want to know how the Spinoff got this so wrong, and why they didn’t even bother to approach us for comment before publishing. Both organisations operate 24-hour phone lines for media comment. We couldn’t be more available.

The Spinoff is funded by Auckland Council through its “Heart of the City” lobby group. We want to be satisfied that the Spinoff was not acting pursuant to the Council’s interest in distracting attention from the finalisation of the Council’s budget.

The Spin Blog has been referred to as the ‘future of journalism’ but what most don’t seem to understand about the Spin Blog is that it is a cash for copy site. You want a certain messaging and a certain spin, you pay the Spinoff money and they write it up for you and then present it as some sort of news.

Because their true nature is clearly tagged in their ‘about’ section, this style of cash for copy journalism seems to have been totally accepted by everyone.

Horrifically the Taxpayers Union has every right to question the influence of the sponsors on what gets written because it’s the main failing of the site. People read posts there without realising that it may be advertorial.

The Spinoff is simply doing what Whaleoil has always been accused of, but by being slightly more open about their cash for copy model and being down with the hipster kids they seem to get away with it.

Personally it makes me gag.

It seems you can throw in cheap pop culture obsessions with The Bachelor and whatever reality TV they’re pimping with a cash for copy economic model alongside luminaries like Simon Wilson, Toby Manhire and anyone else under 40 trying to own property in Ponsonby and you’ve got the future of journalism.

How terribly disappointing for journalism.