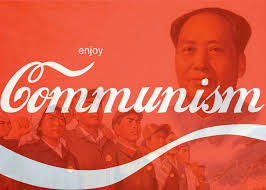 A deep suspicion by many on the Left is that ethnic Chinese NZers are pro National and this in part is a reason why National are so pro immigration and have such intimate personal business relationships with Chinese business.

Three quarters of ethnic Chinese voters will cast their vote for National if an election was held tomorrow, a survey has found.

But the party that is gaining the biggest rise in Chinese support is Winston Peter’s New Zealand First, according to the World TV-Trace Chinese voter poll.

Contrary to findings of the NZ General Social Survey, which found low voting rates among recent migrants, the poll found Chinese voter turnout in the 2014 General Elections was 78.5 per cent – higher than the national average of 76.8 per cent.

…such a level of support looks like National are importing an electorate. This was always the criticism the Right made of Labour’s support of migration from the Pacific Islands.

Such one sided political support makes immigration not only a cultural and economic argument, it also makes it a political one.