5: The Making of Chlöe Swarbrick

Chlöe Swarbrick tumbled into New Zealand’s political consciousness late last year during her first nationally televised interview, as she campaigned to become mayor of Auckland. The interviewer implied that her age, just 22 years old, meant that her political appeal was limited to youth. Before the question had been delivered in full, Swarbrick launched into an answer that repudiated the interviewer’s logic and stressed her ability to speak to and for a wider audience. “So, I slightly disagree,” she began.

I’d heard her answer this question many times before. I first met Swarbrick in September last year, when I followed her around the city for a day, reporting on how she planned to win and why a 22-year-old thought she had the skills and temperament to run the country’s largest city. “I have honestly never felt so aware of my age in my life,” she told me then, after much of the local press and her rivals seemed to dismiss her on that basis. “I just feel like it’s so irrelevant.”

UNESCO’s executive board has passed a resolution that criticises Israel’s actions in occupied Jerusalem and the Gaza Strip, with Palestinian leaders hailing the move as a “step forward” and a “victory for international law”.

The resolution, which declares Israel’s sovereignty over Jerusalem “null and void”, was backed by 22 countries, a UNESCO spokesman said on Tuesday.

The United States, Germany, Italy and seven other board members voted against the resolution.

3: Trump’s Support and Praise of Despots Is Central to the U.S. Tradition, Not a Deviation From It

SINCE AT LEAST the end of World War II, supporting the world’s worst despots has been a central plank of U.S. foreign policy, arguably its defining attribute. The list of U.S.-supported tyrants is too long to count, but the strategic rationale has been consistent: In a world where anti-American sentiment is prevalent, democracy often produces leaders who impede rather than serve U.S. interests.

Imposing or propping up dictators subservient to the U.S. has long been, and continues to be, the preferred means for U.S. policymakers to ensure that those inconvenient popular beliefs are suppressed. None of this is remotely controversial or even debatable. U.S. support for tyrants has largely been conducted out in the open, and has been expressly defended and affirmed for decades by the most mainstream and influential U.S. policy experts and media outlets.

The foreign policy guru most beloved and respected in Washington, Henry Kissinger, built his career on embracing and propping up the most savage tyrants because of their obeisance to U.S. objectives. Among the statesman’s highlights, as Greg Grandin documented, he “pumped up Pakistan’s ISI, and encouraged it to use political Islam to destabilize Afghanistan”; “began the U.S.’s arms-for-petrodollars dependency with Saudi Arabia and pre-revolutionary Iran”; and “supported coups and death squads throughout Latin America.” Kissinger congratulated Argentina’s military junta for its mass killings and aggressively enabled the genocide carried out by one of the 20th century’s worst monsters, the Indonesian dictator and close U.S. ally Suharto.

2: Majority of Mélenchon supporters will not back Emmanuel Macron, poll finds

The majority of supporters of the hard-left French presidential candidate Jean-Luc Mélenchon will abstain or spoil their ballot papers in Sunday’s second round, according to the results of a consultation of members of his France Unbowed movement.

About 450,000 of his supporters were asked to say whether they would abstain, spoil their ballots or support Emmanuel Macron in the second round runoff this Sunday. Voting for the other candidate, he Front National’s Marine Le Pen, was not an option.

Mélenchon, who came fourth in the first round vote 10 days ago with the support of 19.5% – about 7 million voters – has been heavily criticised for not advising his supporters how to vote.

Donald Trump has again upended conventional political wisdom by advocating a government shutdown in September to fix a “mess” in the Senate.

The president’s tweets, which prompted one leading senator to say he wished “somebody would take his iPhone away” – continued a return to wayward form after a period of relative stability. On Monday, remarks about the American civil war and the current crisis with North Korea prompted an influential historian to say that one of the “most bizarre … 24 hours in American presidential history” indicated “a confused mental state from the president”.

Trump, who campaigned as an anti-Washington outsider, expressed his frustration on Tuesday with a system of government that has so far thwarted his agenda.

Votes are expected this week on a bipartisan $1.1tn budget deal to avoid a government shutdown until the end of September. The deal contains several major wins for Democrats over Republicans. 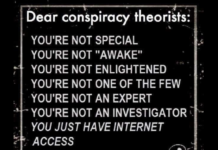