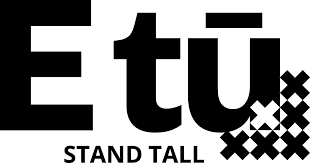 E tū has welcomed today’s Commerce Commission decision to reject the merger of Fairfax and NZME.

E tū’s Senior Industrial Officer, Paul Tolich says the decision recognises there are more than commercial interests at stake, in particular the role of journalism to hold to account the powerful interests and forces in our society.

“Any further concentration of media ownership would lead to a decline in diversity, the quality of news gathering and the reporting of opinions,” says Paul.

“The Commission has cited these factors in its decision which is a real turning point in the Commission’s approach to commercial decision-making.

“Formerly the driver has been pure market forces. However, this decision recognises there are other values to consider in relation to this merger.

“That’s an important breakthrough. The decision acknowledges monopolies are unacceptable in the media, in large part because of its vital role in our democracy,” he says.

Paul says the decision also recognises the role of competition among news media themselves in promoting news quality and diversity.

“We congratulate the Commission on carefully considering the balance of interests related to ensuring a healthy news media as well as a healthy democracy.”

He says he expects the decision will spur a realigning of media ownership in New Zealand especially within the print and radio sectors.

Meanwhile he says the union supports a special tax on global giants like Google and Facebook, which take the lion’s share of the advertising, but produce no news themselves,” says Paul.

“This is the only way we will make news media and journalism a viable business and occupation in New Zealand.”