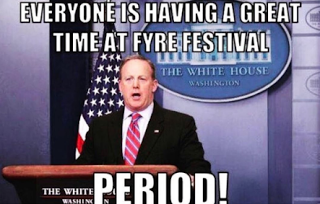 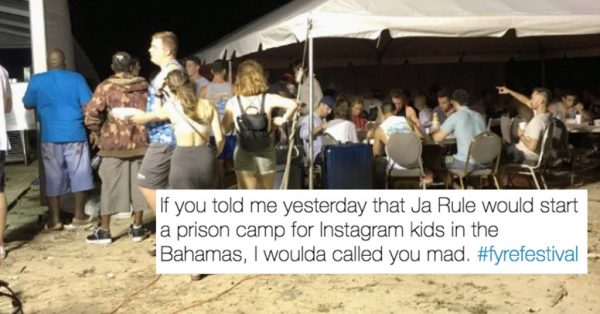 Ja Rule’s attempt at a luxury festival: Fyre Festival, in the Bahamas recently turned into total chaos as struggling locals turned on the partiers. The festival goers, who paid between 7 to 17k for a ticket to the festival, were mugged at gun point, sometimes by security guards at the festival. The inequalities of the Bahamas have reached the point where public safety is at risk. Only last year there was coverage highlighting the dangerous levels of inequality in the Bahamas and how poverty rates had increased in all age categories.

Nobel Prize winning economist, Paul Krugman, argues inequality is not just bad for the poor but it’s bad for society as it creates division and resentment leading to social unrest. Moreover, gross inequality reduces the potential activity of the economy as not enough people have money to spend and too much wealth is stored with a few people, that hoard it away or spend it on foreign luxury items.

We know the idea wealth will naturally trickle down as rich people spend their money has failed: research found that rich people don’t spend that much in the local economy. It’s the low to middle class that spends the most in the local economy, not the super-rich nor those in such a desperate state they have nothing to spend. Clinton campaigned on this mildly during the election: Sanders more strongly. The idea has been also endorsed by Jim Bolger in his latest interview with Radio NZ.

With the trickle-down theory declared a failure, we come to the idea that maybe someone should do something about the inequality starting to eat away at New Zealand society. This should be the role of the government as it represents all people, not just the landed elite. We have seen that corporations are unwilling to help out, as CEO pay sky rockets and wages barely increase.

New Zealand has seen a rapid growth in inequality since the 1980s.* This has been accelerated by the housing crisis in recent years. We are looking at a huge portion of a generation unable to afford houses or spending most of their income on housing. Its effect has been felt in other areas such as child poverty and the inadequate number of school teachers in Auckland. It is no longer about an individual’s ability to a house regardless of whether they have a $200,000 gift from their parents or not. It’s about whether our housing market is such that an average income New Zealander, say a high school teacher, can buy a house in Auckland. The answer right now is “No”.

Talking to people around Auckland while campaigning, people almost always mention housing. It hit me the other day: how did we get to a stage where our big election issue is housing, one of the fundamental needs for human beings? Aren’t we supposed to be one of the best countries to live in the world? Yes, how did we get to this stage?

The Ombudsman’s case concerning the OIA request by Radio NZ shows, in a report that the government refused to release, how it didn’t even have a clear plan as late as end of 2015 on “housing affordability”. The word on the policy boogie street is that Steven Joyce banned the use of the word “crisis” in official documents, but insisted “affordability” was to be used; while Bill English calls it all a “success”. This reflects the level of denial by the government felt throughout the public service and wider society.

The question is how will the public view National’s inaction: lazy and incompetent at its best or intentional and calculating at its worst? And the public is the one paying the price with enormous mortgages. We are creating a debt-generation as more and more Kiwis become precariously mortgaged trying to buy a decent home that is close to their family and friends, where they can settle down for a while.

Labour’s housing policy is to build 100,000 houses for residential sale so the government will end up building houses and selling them back to the public at an affordable price. Given interest rates are still low, the government needs to take some of the burden off the public and the increasing private debt. Government spending also produces jobs, and more spending in the economy. Labour will also crack down on speculators, tackling both supply and demand in the housing market. It is time to admit ideological and practical failure, and for Labour to step in and fix the mess.

*Children’s Commissioner reported that 28% of New Zealand’s children now live in poverty compared to 1982 when it was 14%.

Written by Jin An, Labour Party candidate for Upper Harbour