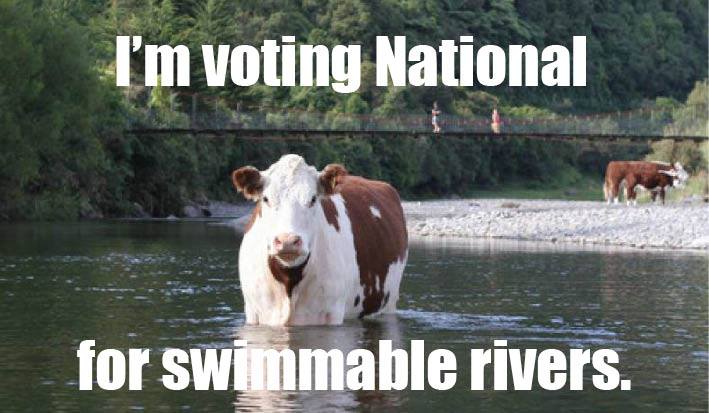 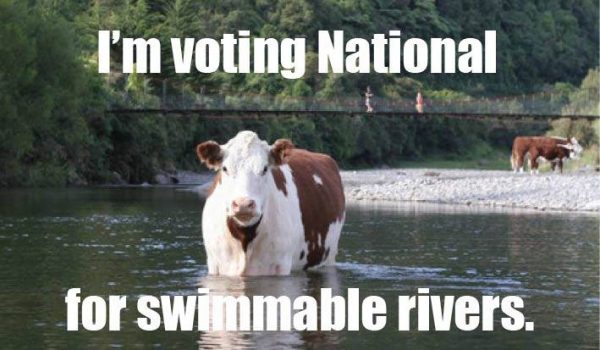 There are three realities about water in New Zealand.

A minister’s remark that the intensification of dairy farming can’t go on is decades too late, says ecologist Mike Joy.

Freshwater ecologist Mike Joy said he had been calling for an end to dairy intensification for more than two decades.

He said some farmers were trying to reduce the harm, but more cows were still being put on the land, increasing the amount of nitrogen and fertiliser.

“Farmers making little incremental changes are great. But if you’ve got intensification happening … then the net result is things get worse.”

“The report doesn’t draw the obvious conclusions that the recent OECD report did, which makes much clearer links between irrigation, dairy intensification, and worsening water quality.”

The use of the words ‘opinion, damn lies and alternative facts’, generally combined with some fancy report from an organisation that has just jumped on the bandwagon, is wearing thin.

It used to be ‘lies, damn lies, and statistics’, now we’re fed irrelevant theories partially linked by academic economists engaged by organisations hardly anyone has heard of.
The latest few are around resource exploitation and climate change from two largely irrelevant organisations, the OECD and Globe NZ.

I won’t even give the OECD report the time of day, as this is an organisation that has overseen the biggest financial crisis since the great depression and is totally happy with both Europe and the US continuing to print money as a way of getting out of jail. Another irrelevant, hot-air producing organisation.

…Farmers who have been allowed by their mates in the National Party to steal and pollute water with impunity are now so hyper sensitive that they attempted to gag Greenpeace drawing attention to their pollution and are currently attempting to boycott TVNZ, NZ on Air and Mazda for a very fair appraisal of their industry.

On top of this, Farmers are now sending in their corporate scientists to attack the credibility of critics in the corporate mainstream media.

Farmers feel they do the heavy lifting economy wise, are hugely in debt to dairy conversations and don’t have the technology to be as sustainable as environmentalists want.

Add in the intellectual and cultural snobbery, and you have all the ingredients for a virtual civil war.

I say let’s put the blame where it needs to go – the fucking National Government.

As the TDB pointed out many times as it was happening, one of the worst aspects of flogging off our power generation assets was that the money was sunk into irrigation. That’s right sleepy hobbits, the National Government sold our power generation companies and sunk $400 million of that into huge irrigation programs that created the intensification we are seeing.

Not only did we lose assets that made us more money than the sale, National blew that money on a $400million irrigation program that has birthed the intensification.

We need our farmers to produce sustainably and that requires investment and technology upgrades, what they’ve been given is an addiction to Chinese milk powder sales and horrific water pollution.

Let’s put the blame where it needs to go, the National Party’s short term cheapest option vision that gives not a damn about our collective environment or long term economic well being.