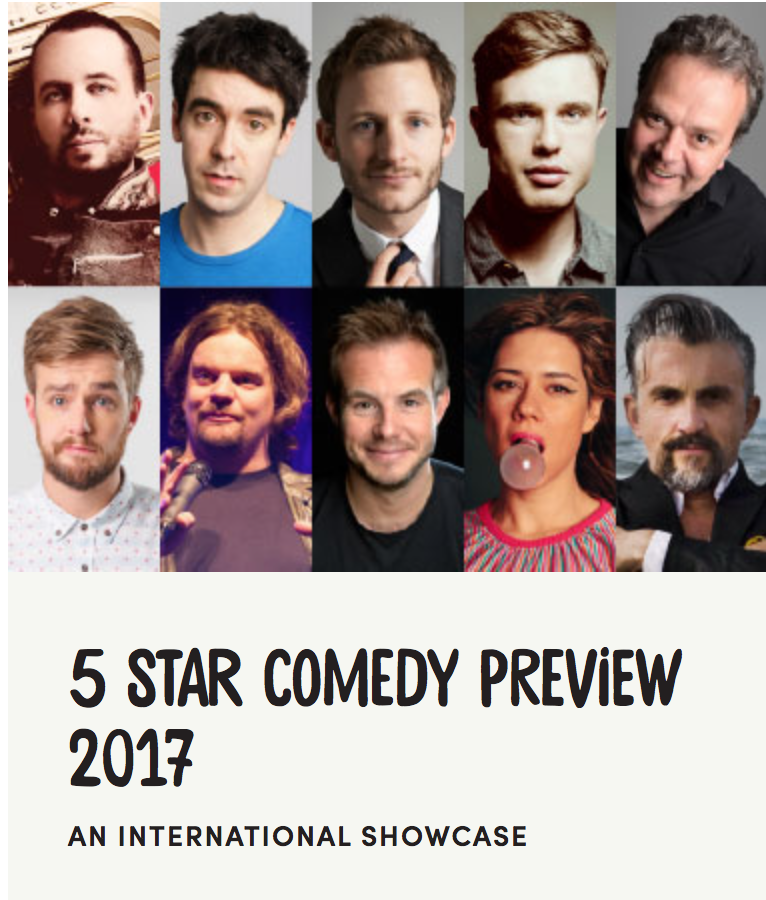 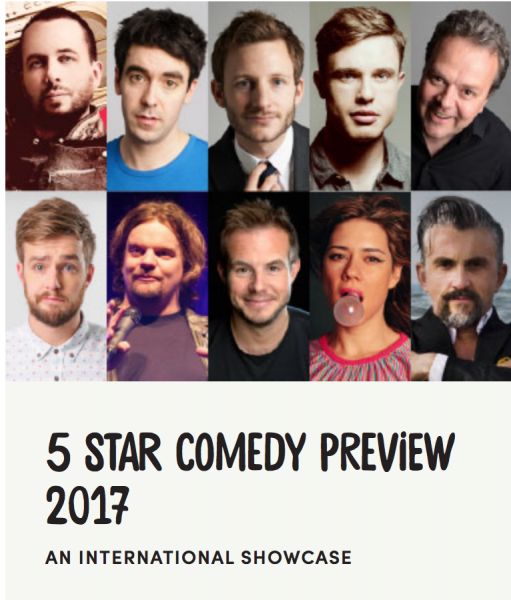 The 5 Star Comedy preview is easily the best comedy preview show in the coemedyfest line up. It has the 10 best international talents which means you are guaranteed an excellent night out with none of the awkward moments of locals stumbling and struggling on stage. While that’s fun, that’s a more Monday night at open mic sadism, this was held on a Wednesday night and I’m wanting bang for my buck midweek.

Lou Sanders (UK): What was funny about Lou was that she was so happy to go one step further than the crowd were comfortable with, that’s when she was at her funniest. Her racism, sexualisation and general all round terrible behaviour were fucking priceless while making the audience slightly uncomfortable. In a smaller venue where people didn’t feel so judgy she will kill. You can see why The Guardian put her in the top 10 comedians to watch.

Ed Gamble (UK): Part of the new gen of UK comedians, you can see why he has received a lot of hype. Stupidly chisled jaw and very funny content, he will be very popular this festival.

Adam Hess (UK): A machine gun delivery with so much energy it is thrilling to watch. He just doesn’t stop, the frenetic pace of his humour is really well done. Sometimes it’s difficult to keep up with comedians like this, but he doesn’t skip a thread during his set. If you want to see something very different check him out.

Iain Sterling (Scotland): His racist jew hating baby joke was one of the highlights of the entire evening. His desire to paint his mates baby out as terrible person so his mate would spend more time with him was just brilliant and his thick Scottish accent just seemed to make the whole thing funnier. He’s another must see this festival. Not for the faint hearted.

Markus Birdman (UK): He has had to frame his world view now he’s a father to a daughter and that has led to a total revision of how he thinks about women and relationships. It’s very funny, dark and incredibly sarcastic and I would pay money to see his show.

Chris Martin (UK): Dear old Chris Martin has returned with his sushi observations. His Beta boyfriend story is very funny. He explains how Beta males like him can beat out the Alpha males and how Spotify premium is the way to a woman’s heart.

Ismo Leikola (Finland): You must get a ticket to see Ismo. I’ve watched him grow and grow as a comedian, he and Hal were the best comedians of the night, you just can’t stop laughing at his observations of the english language and metaphors. If you can only see one show, make it this one.

Hal Cruttenden (UK): Hal was the highlight of the entire night. If you are married you must go to this show and you must take your wife/husband. His show will sell out, he was one of the best comedians on the night.