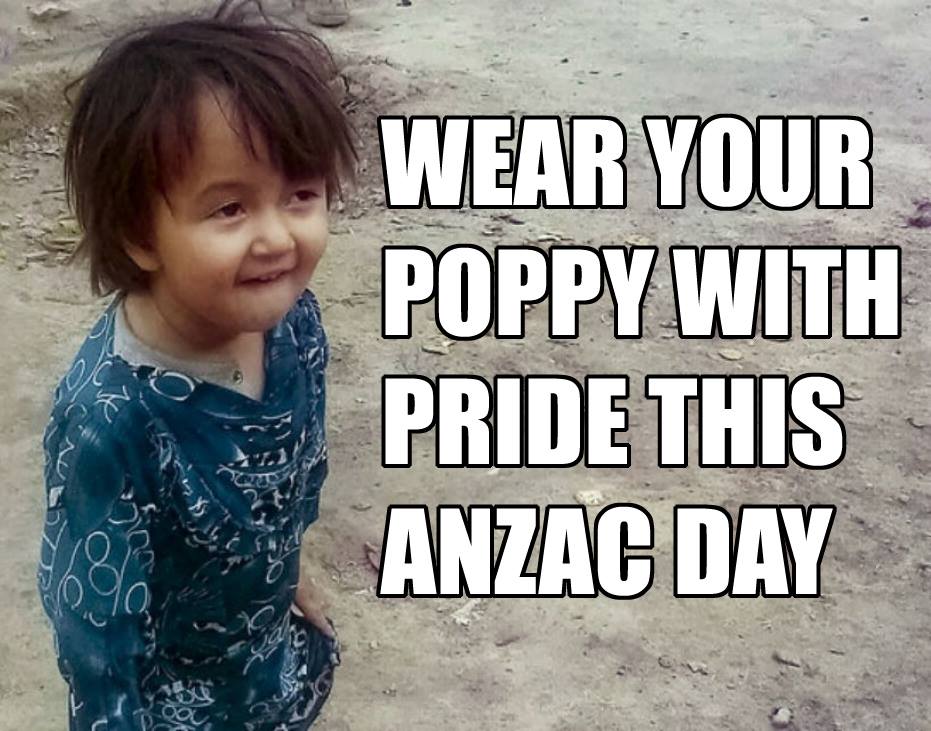 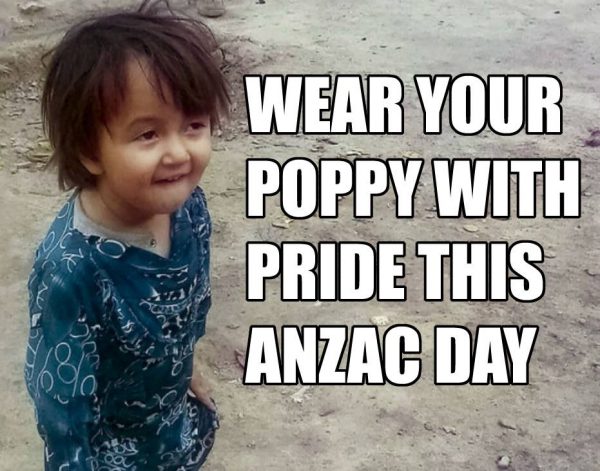 Is there any better day than ANZAC Day to hold the leadership of our armed forces to account?

We should remember those who fought and died fighting in the World War I “battle of empires” from which ANZAC Day originates.

We should be honest and recall how we sent young men to fight and die – not in the defence of democracy, freedom, human rights or against oppression but in a resource war on behalf of the wealthy elites fighting for economic control in Europe.

We should remember, with shame and embarrassment, how we sent more troops per head of population than any other country to fight in that great tragedy.

Instead our politicians and Defence Force leaders don’t talk about stupidity, shame, embarrassment or futility when they talk of the Great War. Instead they talk about honour, suffering and sacrifice.

They talk about the glorious dead as though somehow it was all worthwhile. It wasn’t.

My two great uncles who fought and died in those foreign fields a century ago died in vain.

We did move in that direction 30 odd years ago with very successful peacekeeping operations in the Pacific but that’s a thing of the past. The leadership of our Defence Force is now totally dominated by ex SAS commanders who want our central role to be in combat.

Our current Head of Defence Force Tim Keating summed it up well in a 2012 interview when he said, “I do not care for the word “peacekeeper””.

This is the same man who flew to the US to lobby for an SAS role in the invasion of Afghanistan. He could barely contain his excitement.

And now he runs our defence force.

He’s the same man who used a mixture of lies, half-truths and obfuscations to avoid an inquiry into Operation Burnham.

In case anyone reading this is suffering from extreme short-term memory loss, Operation Burnham was the name given to the New Zealand SAS attack on two villages in Afghanistan in 2010 three weeks after New Zealand soldier Lieutenant Tim O’Donnell was killed by a roadside bomb. Burnham camp was where Tim O’Donnell did his basic training, hence the name of the operation.

In the book Hit and Run, journalists Nicky Hager and Jon Stephenson provide detailed evidence that not only were no “insurgents” killed in Operation Burnham as claimed by the Defence Force, but that six Afghani civilians were killed and a further 15 injured.

The book describes the cover up of what the then Defence Minister Wayne Mapp described as a “fiasco” and the Prime Minister has joined the cover up by refusing to hold an independent inquiry.

The Defence Force conducted Operation Burnham in our name and the botched raid and cover up leave a stain on all of us.

We must have an independent inquiry into Operation Burnham,

And Keating has to go. 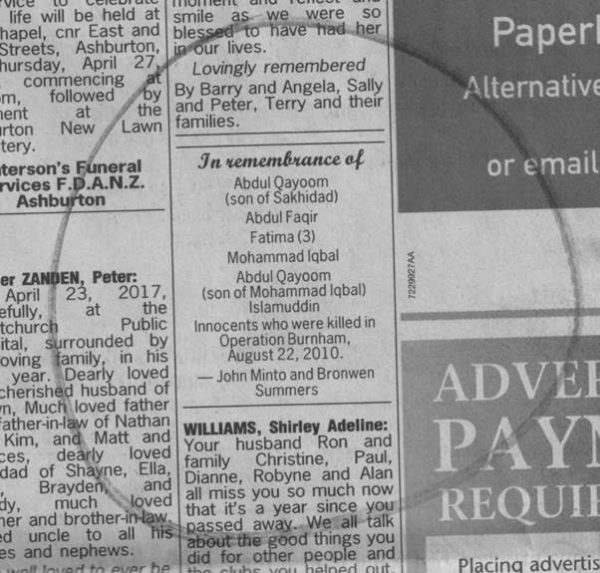