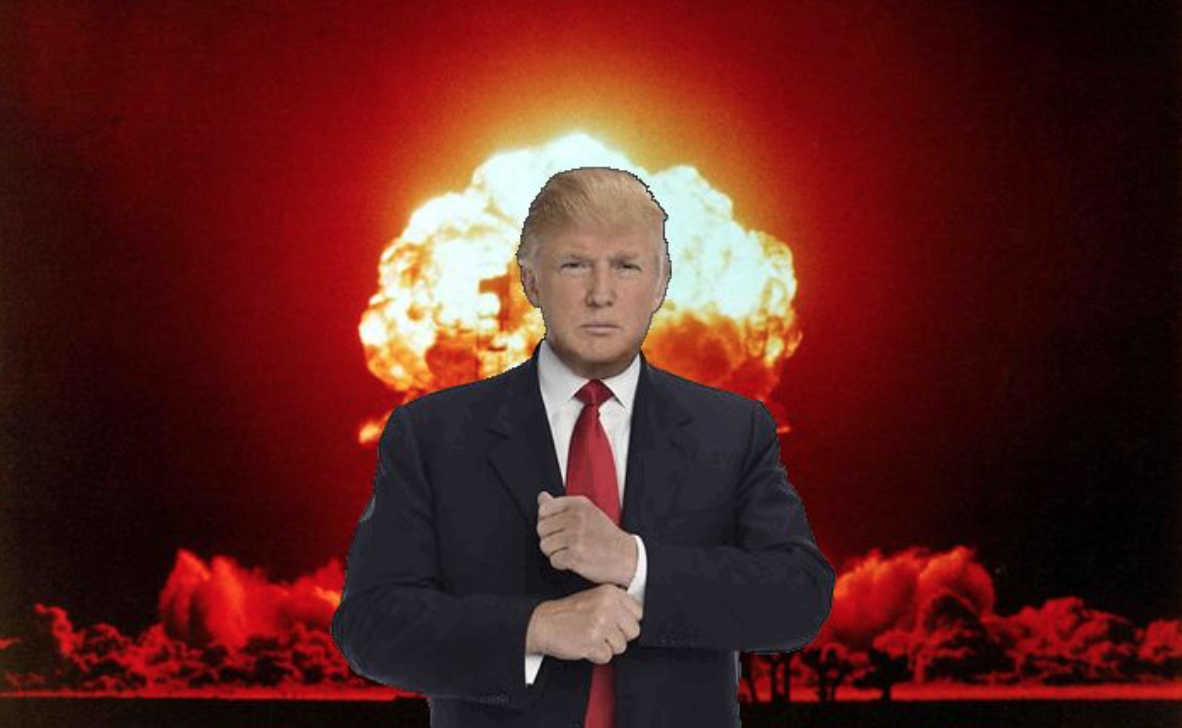 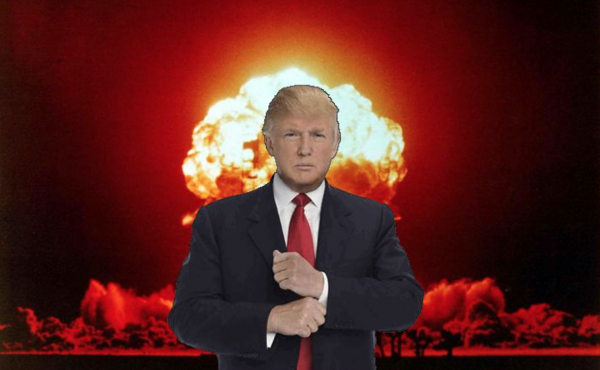 The dropping of the ‘Mother of All Bombs’ in remote Afghanistan was “another successful military event” according to US President Donald Trump, even before it was known how much damage was done and how many insurgents were killed.

The Mother of All Bombs in question, the Massive Ordnance Air Blast or MOAB, is custom made and cost $16 million each, with additional development costs of $316million for the 20 in existence. This is the first time this huge conventional weapon has been used in active military conflict, and is the biggest non-nuclear bomb ever used in ‘combat’. This week’s MOAB deployment was a generally unexpected intensification of force in Afghanistan, and killed just 36 suspected Islamic State (IS) fighters in three remote cave tunnels near the Pakistan border.

Donald Trump has vowed to ‘stamp out Islamic State militants once and for all’, a license to keep bombing all over the place, forever, and a similar pledge of many regime leaders before him in Afghanistan, ‘the graveyard of empires’, who have failed too. Apparently though, there are only an estimated 600-1500 IS fighters in Afghanistan, though Taliban fighters have recently regained significant ground from US, Nato and Afghani forces. All the same, the Mother of All Bombs was dropped in an area where a 37-year-old American Green Beret soldier was killed by an Improvised Explosive Device last week. American deaths will be atoned. But that’s a lot of money and a lot of fire power to avenge the death of a soldier. At $16million a bomb, that’s ‘overkill’.

The MOAB is 10 metres long, weighs 10,000 kilos and contains 8,000 kilos of explosives, compared with a conventional bomb weighing about 250kg. Despite an air burst blast impact a mile outwards in each direction, the MOAB has been found to be not ‘indiscriminate’ under the Law of Armed Conflict. That’s because it’s launched from a cargo plane with a parachute, and guided by GPS to within eight metres of its target. The blast is designed to collapse tunnels and bunkers and ‘obliterate enemy personnel’. It has the potential to cause ‘colossal collateral damage’ which is apparently why it has previously never been used. Developed at the start of the Iraq war, it was designed to deter and intimidate the enemy through an overwhelming display of force, a weapon of shock and awe.

After the MOAB was dropped this week, President Trump commended the military, and suggested the recent intensification of force is a positive result of giving the military more latitude to act independently. He approves of the action, but doesn’t necessarily authorise the act. However, Trump’s critiques say he was looking for a distraction from impeachment threats and scandals involving Russia. Military observers say if the deployment of this bomb was really about Islamic State, it would have targeted Syria or Iraq, not Aghanistan where IS are a recently established, and barely credible, force.

Other observers agree there is nothing random about the timing of this unprecedented show of conventional military firepower, given the gearing up of tensions between the US and China, North Korea, Russia and Syria. This is sabre rattling at its most profound. Professor John Blaxland, the Head of Strategic and Defence Studies at the Australian National University, said “this increasing threshold of violence” can only have knock on, unintended consequences, creating greater instability and international uncertainty, but still fails to deal with core issues causing failed states, anti-Western antagonism, and anarchy in the Middle East and around the world.

So far, 3,500 Western coalition service members have been killed in military engagement in Afghanistan. Tens of thousands of Afghani civilian lives have been lost. The US invasion cost $686billion as of 2014. Support for the Afghani army has cost the US $60billion. $110billion has been spent on reconstruction. Yet there’s no more ‘peace’ in Afghanistan than there ever was, and the security situation remains precarious.

During the American election just months ago, Donald Trump glibly stated his military strategy regarding IS; ‘bomb the shit out of them’. Using the Mother of All Bombs in Afghanistan flexes American muscle and shows just how willing its military leaders are to use their own weapons of mass destruction to lead and respond to the violent pack. What further terror this will cause, within current theatres of war, and on home soil, remains to be seen.

The new Sheriff is patrolling the global street, pulling out his guns at every turn. Unconcerned about overkill, a more secure world through superior American firepower seems unlikely.