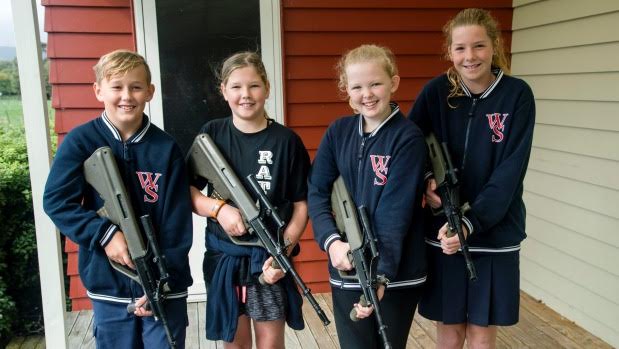 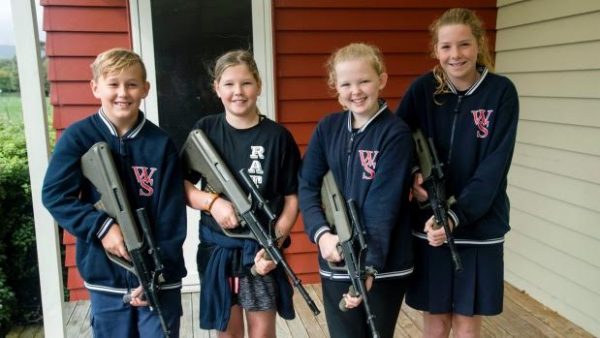 Hang on, I spoke too soon.  Hekia Parata’s disturbingly named ‘Future Risk Index’ has been announced a day after I wrote the following.  This is equally as disturbing, and for exactly the same reason.

Parata says, by the way, that data-identified students will have their identity ‘protected’ but from whom?  They will secretly be identified in certain ways that will not be divulged, and what about the effect of those data findings  further into the future?  The horrible suggestion is that under our current government there is a system in place that operates with this secret eugenics based re-designing of school facilities, they’re just doing it without the data.

This means the ministry of education is exacting eugenics based procedure in the education system without telling us. To do this knowingly and openly is the act of a totalitarian state, because in any other kind of state the people would not allow it.  So they are doing it secretly, and sharing their intention to install a secret ‘Future Risk Index’ is rather an indictment on what they are doing right now.

There is a wave of militarization that has been breaking over us for some time, but horrifyingly events seem to be pointing that way at a quickening pace.

Bill English annexed four and a half billion dollars for technology and announced it at a conference in 2012 I think, describing his government as an “Inside-Out Government”.  The following year I went and did a dip-grad in education to try to get a look at what that meant for education.

What it meant is that the education hub Core was leading the way in promoting the SNUPping or standardizing of all schools’ intranet systems. That is to say they were subsidizing the installation of ultra fast broadband copper, to pave the way for e-learning in schools. The benefits were touted as the common access to quality education as provided across the board using the best of what internet learning has to offer.

It also means data collection and data analysis from children who are being encouraged to use devices in class, from primary and in some cases as early as kindergarten.

At my local school, the year 5 and six class, for the first time has compulsory BYOD use in the classroom.

My son is presently reading a series that he likes that someone else (not the school) has provided him about a 14-year-old who is also a spy for the MI6.  In this way, the school facilitates a further distancing between my child’s parents’ parenting.  And between either of us and him. Luckily, I have brought him up thus far with his entire repertoire of literature and have been able to influence him accordingly to become a critical and autonomous thinker.

This is not to be writing about my child so much as to portray the unexpected consequences of taking BYOD into classrooms.  In this case, we are separated parents with a very different outlook on the military. I introduce him on a natural gradient to be able to understand and negotiate his way around matters of moral dilemma or to negotiate big issues in life as they arise.

The device distances him and also gives an autonomy that neither of his parents are in agreement about.

I have more to say on tech in schools, the good the bad and the very ugly potential pitfalls of it, let’s just say broach the channels of ethical dilemma that are still taboo for the mainstream.  And I will come back to this, but my major concerns are in the implications of arbitrary management of data to suit a particular purpose or prejudice…   where was it that Key said, to paraphrase, “we manipulate data to suit our purpose”?

And also most unnervingly the way our schools are placed in a rainbow of affluence and how this informs the emergent amalgams of technology and its effect on the schools.  It’s certainly not always the case that less wealthy schools will have less technology, because it’s the new wave, and schools (and their boards) are not wanting to miss out. The investment in technology is similar but the investment in applying technology and the teaching around it is not.  i.e. investing in teachers.

To assimilate tech learning into schools requires careful planning and wealthy schools are able to try out various forms of this, and manage tech as a ratio to non-tech activities in the classroom, and to employ teachers who are implementing schooling around the use of tech, meaning interdisciplinary thinking, tech as an inroad to becoming auteur when presenting work on geography for example.  Tech for interacting with other students, and for building new thinking that comes back into the classroom.

Other schools are operating on a 1:1 basis (One student to one computer for all their work) and trying out models of rotating teachers around the same learning hubs.  The implications are sinister for the learning outcomes for young people in less affluent classrooms.  The learning I predict is more likely to be content based, and to stem directly from hubs like Core, and Telco Tech Services, Theresa Gattung’s new outfit, replacing quality teaching with regurgitative information.  And where is this content coming from?  Who is creating it?  Without any quality control, concepts of religious education, racist anthropology, anti-immigration, eugenics, scientific evidence around global warming, – I know for a fact are all issues that will be skimmed over in a dull tech contained environment of linear retained learning.  Because it’s assumed there is no outside monitoring likely by parents of lower socio-economic students, and certainly no easy grounds for comparison with the rest of the class, I predict those students will be left easy prey to be cordoned away from the same goals and aspirations as their richer neighbouring schools.

Whereas some school libraries are already operating as learning hubs, others are developing major shifts towards making learning spaces that look at least in the diagrams I have seen from CORE, like corporate rec’ rooms, where the students are tapped in to their devices and headphones and able to sit and roam, and dangle upside down while they work if they like.

It makes a great picture, but the emphasis for schools in the lower socio economic bracket is cost cutting, and letting the online content speak for itself.

There is no equivalent spread of concern for the learning outcomes and the social adaptation of students who are sadly going to be more often left to their own devices than have teachers and other students influencing their creative inquiry into why how and where they should be learning to use tech.  And there are more issues such as addiction, and radioactivity, the sedentary tendency of tech learning, and the anti-social aspect, and the list goes on.

Combine this with data collection, (and that means banks and banks of assessment data that staff can approach as a vast interface and use to interpret in a number of different ways), and you start to see the patterns emerge for the future schooling of dystopian fiction coming to bear in our foreseeable future, should it be exposed to a new ethical code that differs from the one we are juggling right now.  The general public and parents won’t easily be able to access let alone assess the data so they won’t know if they disagree with it.  But I can tell you now a lot of it will not reliably address the evidence that will be claimed.   Linking lateness for example with a jail term for a relative, does not have a bearing on that child’s ability to become the prime minister should they be given equal opportunity.

Last year the announcement was made that there would be a large financial investment by the government, this time in the military.

What are we seeing from the military as a result?

Do you remember who said to John Key who was smiling like a schoolboy at the time, “We don’t have to ask”? The American military, didn’t have to bother asking Key if New Zealand would support them.

It would not surprise me if there are some people thinking that it would be a good time to stage a benevolent presence of the military in schools around New Zealand right now, to ease public perception up a little.  And some might think, like the writer of the Manawatu article has said, rural kids are aware of gun use and their families might not find it so strange.  But these are not rural guns.  These really are not.  You might aim it the same way as you point a .22 at a pepsi can but the army are here in your school chatting and relating to the kids. The army.  They weren’t there last week.  They weren’t there last year, or the year before that.

Well it has chilled me to the bone to see this happen today.  Behind the façade there is a disgusting parallel to be made here.

While we are witnessing the death of millions in Syria and millions more around the world, and the images of dying children are being bandied about and while we are alarmed and indignant and looking for some answers, here is a picture of the army putting military grade assault rifles into the hands of our children.

The attacks on civilians around the world are horrifying.  It is not going to help anyone’s future to pass it off as collateral damage.  Certainly, citizens are killed in wartime, and that has always happened, but what is horrifying is the climate ambivalence in the public milieu.

That ambivalence should be countered by education and inquiry-led learning and critical thinking.

While we haven’t even got our act together to manage how our children learn to think, as they are deluged by the business led model of implemented technology, it is not appropriate to then allow the military to play friendly soldiers to the public by way of our children.  Because the unexpected results are going to be dehumanizing with a human face.