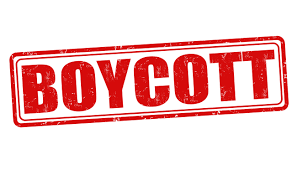 The National Government refuse point blank to investigate the 100 000 children who were taken into State care for historic abuse claims.

What The Hui has uncovered is a sick damaged secret of State abuse that continues to this very day.

Now the Government has refused to investigate, conscientious New Zealanders must consider waging an online campaign asking overseas consumers to stop buying NZ products because of human rights abuses that have occurred and are being hidden by the Government.

The simple truth is the pricks don’t do anything until you start bleeding them financially.

We refuse to look at abuse in state care because our cultural need to blame the beneficiary for being in such personal circumstances that require state intervention is what most angers middle Nu Zilind, NOT that the state then goes onto abuse, assault and sexually molest the taken children.

We refuse to blame the system of poverty that sees tens of thousands of children go to school hungry each day and we blame the parents for the 220 000 kids who live in poverty.

If we can’t force change domestically because National knows their voting bloc despise beneficiaries then let’s start a campaign off shore that begs consumers to avoid our products for human right violations.

Watch how quickly the National Government would buckle then.